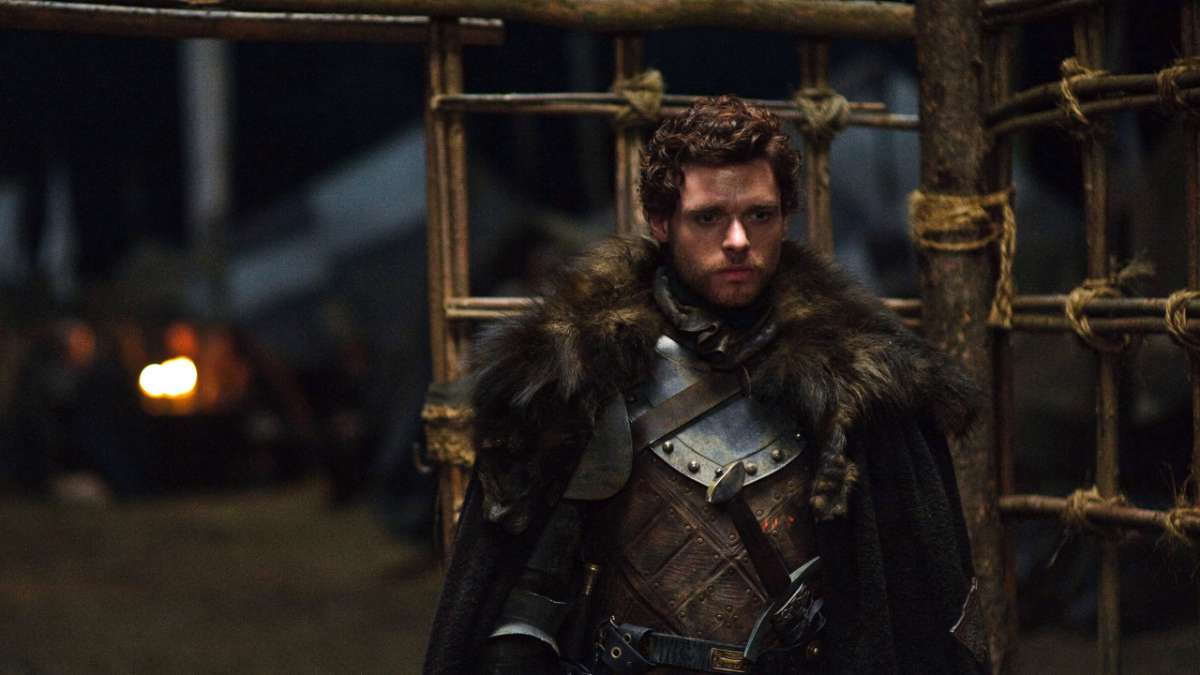 Season 2 Premiere. Tyrion arrives to save Joffrey’s crown from threats old and new; Daenerys searches for allies and water in the Red Waste; Jon Snow and the Night’s Watch face the wilderness beyond the Wall.

Despite dealing with the death of his father, Robb is proving to be an exceptional leader and commander on the battlefield. His visit of Jaime Lannister, who’s held up in a cage and traveling from war camp to war camp as to not get out of Robb’s sight, is one of the best moments in Game of Thrones. Jaime attempts to mock and taunt the young Stark, but Robb handles it masterfully before bringing Grey Wind out and completely frightening Ser Jaime (who attempts to hide his freight). Lord Stark delivered an excellent quote when told that three victories in battle doesn’t make him a conqueror, cleverly responding: “It’s better than three defeats.”

Tyrion is whistling “The Rains of Castamere” when he enters the Small Council at the beginning of the episode. According to David Benioff and D.B. Weiss in the DVD commentary, this is the first time in the series that the theme is heard.

This episode might not have been all good for Cersei, as she slapped her son, which you can tell she did not really mean—but hey, she got away with slapping the King. However, Cersei showing her absolute power is what makes her the MVP of “The North Remembers”. When talking to Littlefinger, who goads her by indirectly letting her know that he knows about the relationship with Jaime, Cersei makes the definition of a power move when she nearly has his throat cut in about two seconds. Knowledge is power, Lord Baelish? Nope. Power is power, and Cersei has a lot of it.

#ForTheThrone Moment: Joffrey orders all of Robert’s bastards to be killed

After eliminating Ned Stark and now in full control of the Iron Throne, King Joffrey decided to further strengthen his claim by ordering all of King Robert Baratheon’s bastard children—including helpless babies that might not ever know their father was King—to be killed. There was no question Joffrey was a rotten apple, but this was more confirmation that he was a cruel, evil person with no regard for other people—and it also showed his insecurity about trying to hold the Iron Throne.