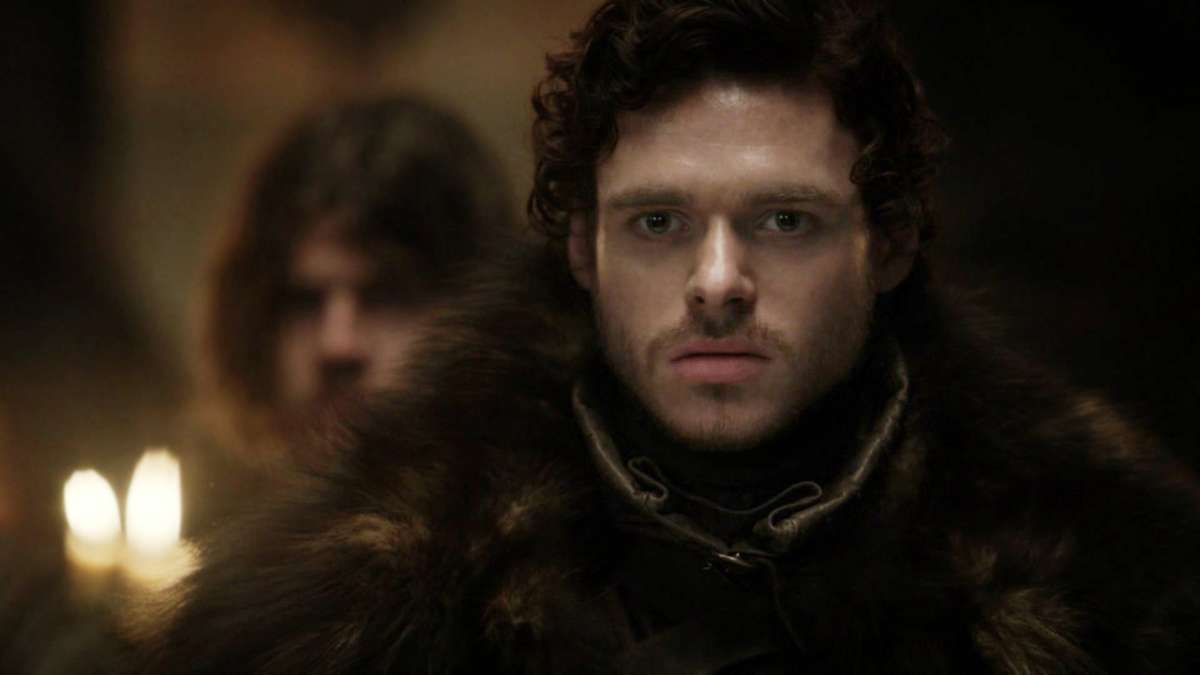 
Previous Episode: “You Win or You Die”

The Lannisters Press their advantage over the Starks; Robb rallies his father’s northern allies and heads south to war.

Following Ned Stark’s capture by the Lannisters, we see his oldest son (Robb) and oldest daughter (Sansa) both go about trying to save him in different ways. While Robb plans to go to war, Sansa needs to try her hand at “the game”—even if she doesn’t know it—by going before King Joffrey in the Throne Room to ask mercy for her father. She provides an explanation for his alleged “treason,” and Joffrey ends the episode with a hopeful (but chilling) response: “Your sweet words have moved me. But your father must confess and say that I’m the king. Or there will be no mercy for him.”

“Even now, I could cut through the five of you like carving a cake!” – Barristan Selmy

This is the first episode in the series written by George R.R. Martin, and the first screenplay which Martin had written in almost a decade and a half.

While Sansa does what she can for her father while basically under the control of the Cersei, Robb decides to call the banners and go to war with the Lannisters. Up until his father’s capture, Robb had been little more than a figurehead in Winterfell, but he feels he must take action, suddenly making him an important player. It doesn’t take long for Robb to make an impression on the northern lords, either, as Greatjon Umber challenges the young Stark’s decision to lead them into King’s Landing and draws his sword in anger, but Grey Wind is quick to attack him and take some fingers before Greatjon laughs it off and all is good. Robb also reunited with his mother in “The Pointy End”, and overall, this is the first episode where we see great potential in him as a leader.

With Ned imprisoned, the Iron Throne was still in some doubt because of a potential uprising from the North after they find out of their leader’s position. So, Cersei Lannister—and the small council behind her—attempted to get Sansa Stark to write to her mother and brother in an effort to get them to bend the knee to Joffrey. Of course, it backfired and led to an epic moment of Robb calling the banners to rally around House Stark as the North marched to King’s Landing as they looked to kick Joffrey off the Iron Throne and free Ned.