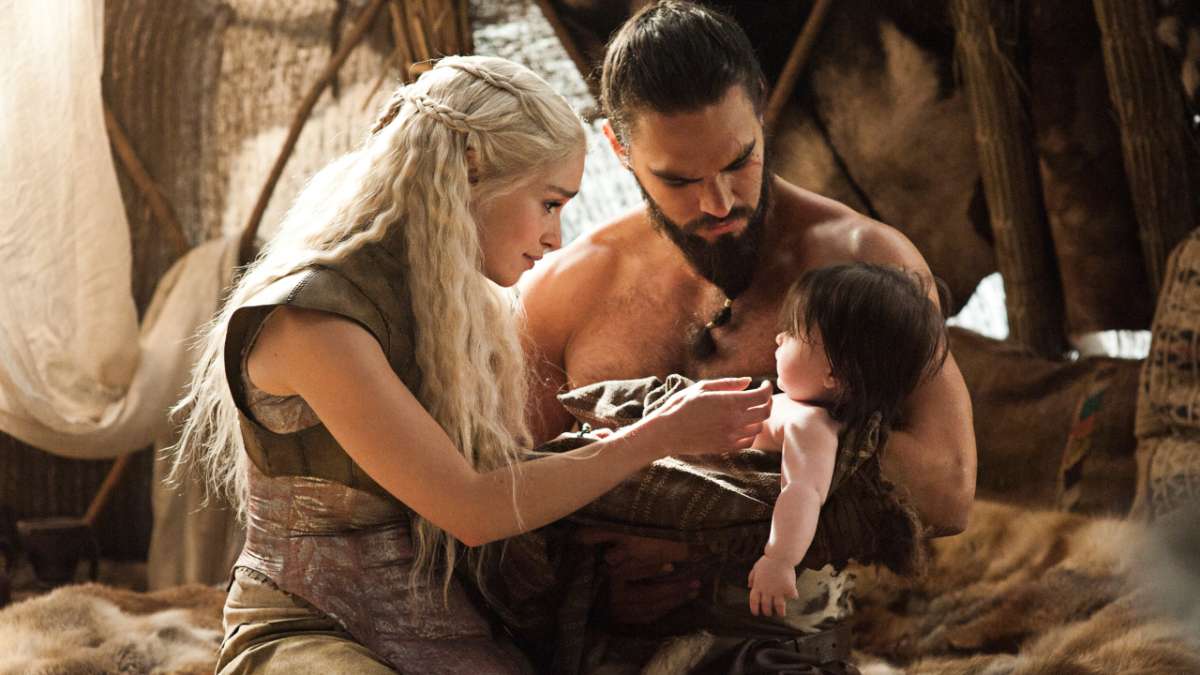 Season Two Finale. Tyrion Wakes up in a new world; Dany goes to a strange place; Jon proves himself.

For much of Season 2, Daenerys is stuck across the world, trying to somehow make her way to Westeros. Her dragons were stolen by Pryat Pree, and things come to a head in the House of the Undying, where Daenerys loses Jorah and Kovarro before having a vision. Dany first sees the Iron Throne, but it and the Great Hall are both covered in snow. Then, she is north of the Wall and finds Khal Drogo with Rhaego—her unborn baby—in a tent. The three of them share a heartwarming and emotional moment, which includes great acting by Emilia Clarke and Jason Mamoa, but Daenerys must go to her baby dragons crying in the distance—leaving Khal Drogo emotionless. When The Mother of Dragons reaches her dragon children, things don’t look good. At least not until Daenerys says her trademark “Dracarys”, allowing Drogon, Rhaegal, and Viserion to make their first kill while they are all freed from their chains.

“Look around you. We’re all liars here. And every one of us is better than you.” – Littlefinger to Sansa Stark

“Valar Morghulis” ends the season on a despairing note, with the White Walkers marching toward the Wall—and to start the episode, Tyrion has a terrible start himself. After saving the city in the Battle of the Blackwater, Lord Tyrion wakes up to find he’s been demoted—big time. He’s no longer the Hand of the King, and his father that happens to hate him appears to have taken most of the credit for the victory over Stannis Baratheon’s army. Lord Varys does comfort Tyrion at least somewhat, and is real with him by saying, “There are many who know that without you this city faced certain defeat. The King won’t give you any honors, the histories won’t mention you, but we will not forget.” The relationship between the two goes on to be a strong political alliance.

#ForTheThrone Moment: Daenerys escapes the House of the Undying

If the Mother of Dragons was going to take the Iron Throne, she needed her children’s help, which meant going into the House of the Undying and freeing the Drogon, Rhaegal, and Viserion from Pryat Pree’s grip. Dany had been training her dragons to breathe fire, and it was time for them to put the lethal weapon to use to escape. Before getting to her chained dragons, Daenerys had to pull herself away from a situation she easily could’ve gotten stuck in with Khal Drogo and her baby—the Iron Throne could not be taken if she remained in a dream.