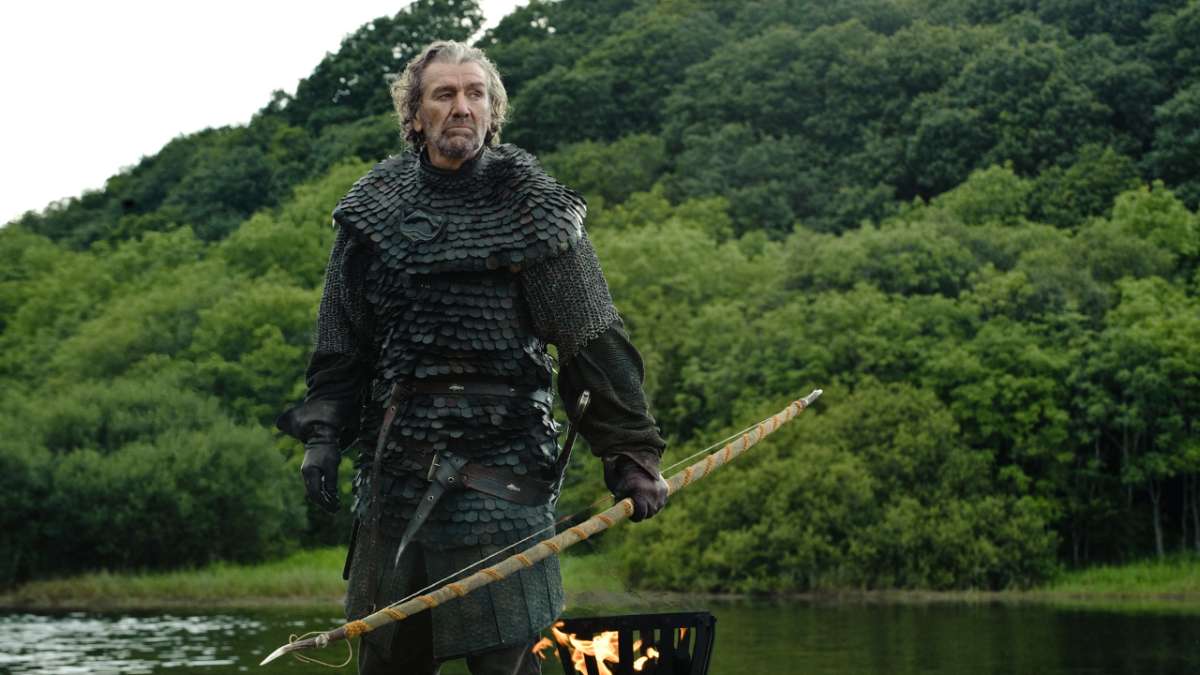 Dany hears the price; Jaime strikes a deal with his captors.

In one of the most shocking moments of the series, perhaps the greatest swordsman alive tries to bargain his way to freedom, but just when it looks like he might have made some progress, Jaime is brought to his knees and has his hand chopped off by Locke. As the creators of Game of Thrones say, the moment comes out of the blue, and they compare the “be-handing” to Ned Stark’s beheading. While we know Jaime doesn’t die, it was basically killing the essence of a character without actually doing it, which is exactly what Locke intended: “Here, this should help you remember!”

Dean-Charles Chapman, the actor that appears as Martyn Lannister at Riverrun, was later also cast as Tommen Baratheon.

It comes at a price, but Jaime’s actions in “Walk of Punishment” are the first significant strides he makes to being redeemed for his action’s since pushing Bran from the window in the series premiere. He could have easily allowed Brienne to be raped and perhaps killed by Locke’s men, but Jaime puts himself at great risk—whether he knows it or not—to save her. Unfortunately, the Kingslayer’s arrogance (as Locke perceives it) because of who his father is leads to a lost hand.

For Tywin and the rest of the Lannisters as far as they knew, it was good to have Littlefinger wed Lysa Arryn to keep the Vale under their control. And for Littlefinger himself, he was happy to go to the Eyrie because he’s an ambitious person that knew Lord of the Eyrie would bring him one step closer to the Iron Throne. At the meeting it was announced that Lord Baelish would court Lysa, it was interesting to see how he, Varys, Grand Maester Pycelle, Cersei, and Tyrion all pick different spots around the power of the table, Tywin.

Game of Thrones INSIDE S3 Ep 3: Walk of Punishment – Inside