WOLF SPORTS ALERT Fantasy Consigliere tiered membership upgrade nearly complete. Original members will not be impacted. Thank you for your patience.
Home / frontgames / ‘Game of Thrones’ Power Rankings After “Beyond The Wall” (S7E6) 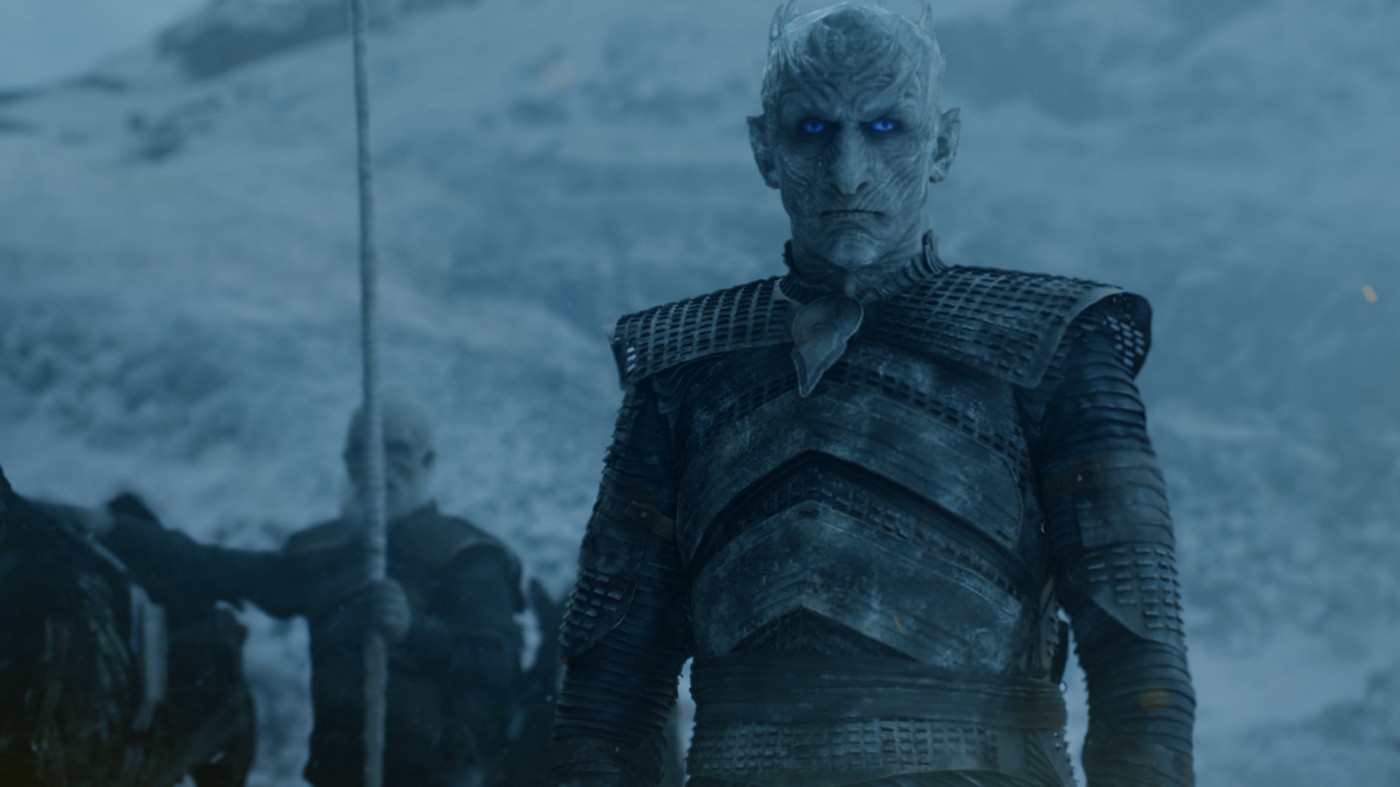 ‘Game of Thrones’ Power Rankings After “Beyond The Wall” (S7E6)


After the breathtaking events in “Beyond the Wall,” there is a shakeup at the top of the power rankings as we head into the Season 7 finale.

It looks like Theon will have a significant role in the season finale, and perhaps he will get closure—one way or another—in the situation between him, Yara, and crazy uncle Euron.

Edd must be doing a good enough job at Castle Black that we haven’t seen any issues, but the Night King now having a dragon could pose a big one pretty soon.

Tales of Lyanna Mormont’s toughness and loyalty must be well-known throughout Winterfell, as Arya used the young leader of Bear Island’s name to insult Sansa. Perhaps we will see “Little Lyanna Mormont” in the final episode of Season 7.

Brienne knows that Littlefinger can’t be trusted, but it appears there isn’t much she can do about it with Sansa sending her to meet with Cersei in her stead. Would she be safe from any potential foul play by the Lannisters because of her history with Jaime?

As Tyrion’s relationship with Daenerys keeps getting shakier, Varys continues to fall down the power rankings. Is the Mother of Dragons still the best thing for the realm in his eyes?

We know Gendry is “fastest,” and he was just fast enough to get word to Eastwatch that Jon Snow and company needed help, which came just in time to save most of them from the army of the dead.

With a runtime of about 80 minutes, we will probably see Sam at some point in the season finale. If he ever meets Daenerys, would he actually be happy that she burned his father and brother alive? Either way, Sam looks like the last of House Tarly.

Beric lost his friend Thoros of Myr, but at least it was one of the better ways to go, as the Hound said (in his sleep, not by wight polar bear mauling). Dondarrion knows his purpose, and it’s an honorable one.

The heroics of the Eastwatch team pushes Qyburn down, but he still might have something up his sleeve for the meeting to discuss an armistice.

We almost lost Jorah as Drogon rode off, but thankfully he was saved by The Hound. Before that, as everyone treaded the northern landscape, Jorah made the honorable move by letting the King in the North keep Longclaw because he says he didn’t deserve it for what he did to his father and family—and he knows Jon has been through a lot with it.

It was a dire situation for Tormond as the wights tried to rip him apart, but everyone’s favorite wildling got out of it and lives to fight another day. Hopefully he can hold things down at Eastwatch.

He said he draws the line at dragons, but based on the episode preview, it looks like Bronn will be right by Jaime’s side for a potential battle in the season finale. However, it could just be the two sides flexing their strength before the meeting.

Despite his careless move of throwing rocks at the army of the dead that nearly got everyone killed, The Hound did a lot of good beyond the Wall, including saving Jorah and Tormond. What’s next for Sandor Clegane?

Good thing Davos stayed behind at Eastwatch, because he knew exactly what an exhausted Gendry was saying, and his quick-thinking commands got a raven to Daenerys just in time.

Euron hasn’t been seen since the first-half of the season, but he should be back in the finale to take part in the meeting between Cersei and the Targaryen forces. If Theon is there, too, we can expect some gloating from Euron.

We know Tyrion doesn’t have anything sinister planned for his Queen—and she must also know that because he is still her Hand—but his advice hasn’t been taken well by Daenerys recently. Will Tyrion potentially be able to play mediator between the enemies this week with people he cares about on both sides?

If Cersei is planning to play dirty, it’s unclear if she would have told Jaime about the plan. We know she has spent time discussing things alone with Qyburn, and her brother might not be happy with whatever they may be thinking about doing. Hopefully Jaime can keep the peace along with Tyrion.

Well, those couple of conversations with Arya couldn’t have been comfortable for Sansa. What would happen if the northern lords—or Lyanna Mormont—found out about the letter she wrote to Robb in Season 1?

Bran locating the army of the dead helped Jon and the Eastwatch team capture a wight, but there is still important information he needs to tell Jon. Will he be able to tell the King in the North of his true parentage before something bad happens to either of them?

After getting choked and warned by Jon to stay away from Sansa, Littlefinger started to slide in the power rankings, but his behind-the-scenes work proves that he is still one of the most dangerous people in Westeros, and he is back towards the top after his scheme to pit the Stark sisters against each other went exactly how he planned.

While Littlefinger played Arya exactly how he wanted, she is probably just putting fear into Sansa so that the older sister never betrays her family again. Arya still needs to watch herself, though, because Littlefinger seems to be the only one that can sneak up on her like she did to Sansa.

The Night King did what Cersei couldn’t in “The Spoils of War” by taking out a dragon, but it’s now just a weapon for a different army, and the White Walkers are a threat whether she will believe it or not. Cersei bringing up her father—the orchestrator of the Red Wedding—earlier this season isn’t good news for her enemies, whom almost all will be in one place in the finale.

Daenerys saved the day and earned Jon Snow’s allegiance for it, but she still falls from the top spot after losing one of her “children” in Viserion. Even worse, he is now a wight and under control of the Night King. Will Dany attend the armistice with Cersei, or send others (like Jon) on her behalf?

As if the White Walkers weren’t a great enough threat, they now have basically a weapon of mass destruction after pulling Viserion out of the frozen lake and turning him into a wight. After seeing a wight polar bear, who knows what else the Night King has further up north?

This might be a surprise, but Jon accomplished the goal of capturing a wight to bring to Cersei, fought off the army of the dead so everyone else could escape, was able to escape himself with help from Benjen, and then made the right choice for the realm by pledging his allegiance to Daenerys. If not for the King in the North, all of Westeros would be doomed.