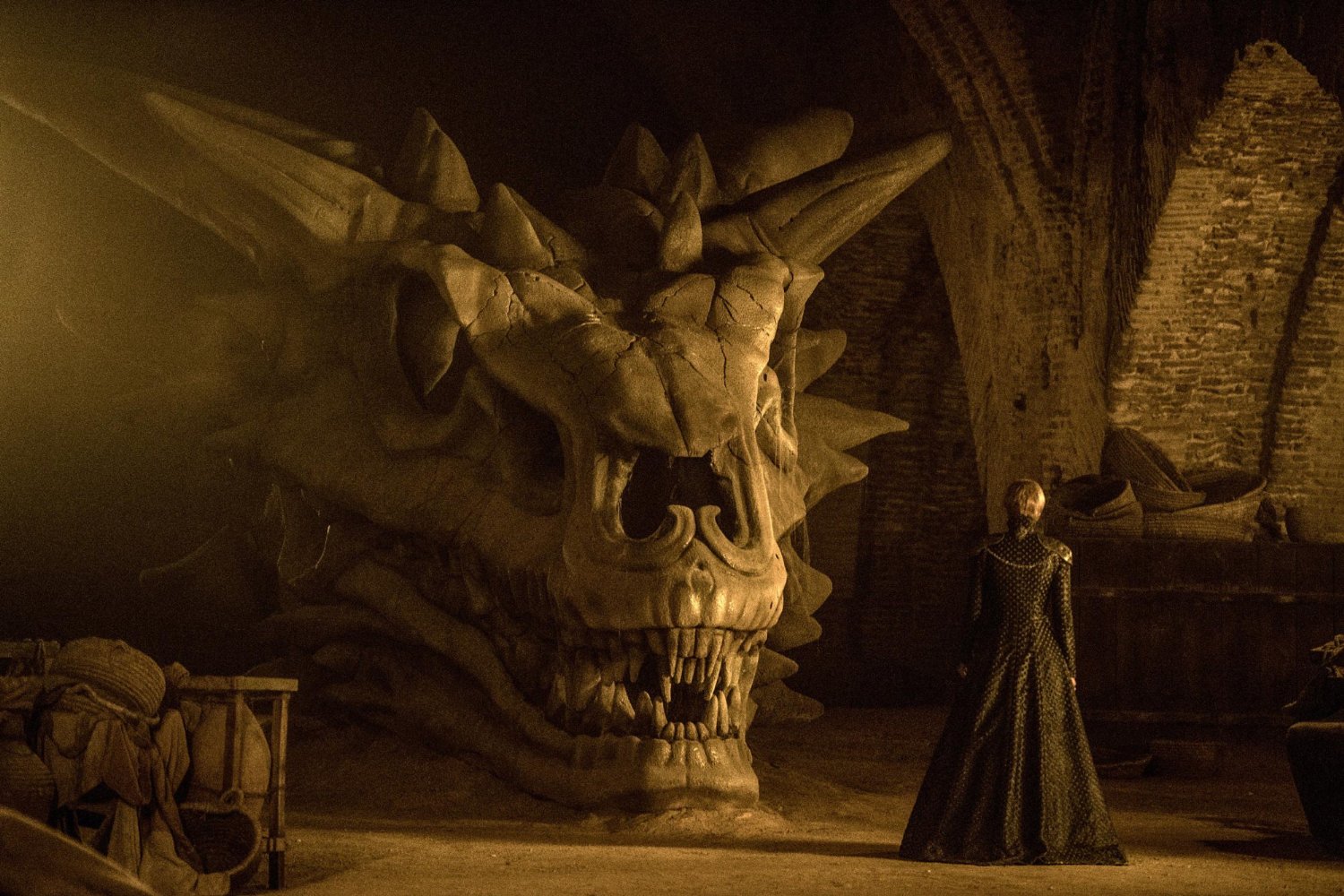 
Well that was some ending to “Stormborne,” and it shakes up the Game of Thrones power rankings heading into Sunday’s third episode.

All hope seems to be lost for Yara after Theon jumped overboard as Euron held a blade to her neck. She will likely be brought before Cersei with Ellaria Sand, and it would be a shock if death isn’t the result for them both.

Is Bronn being phased out in the Lannister army? Jaime promised a high-ranking position to Randall Tarly if he joins them, and we haven’t seen our favorite sell sword so far in Season 7.

No action last week for the new Lord Commander, who remains the first line of defense against the White Walkers. At least the Watch will increase in numbers when Tormond and the wildlings arrive.

Her whole family was basically wiped out, but Lady Olenna is still going strong and giving good advice. Daenerys will probably have to rely on her even more now that Yara and Ellaria are all but out of the picture.

After dropping four spots from two weeks ago in “Dragonstone,” Melisandre is back up four spots after meeting Daenerys. We know Davos will not be happy to see her, so could the Red Woman’s time soon be up with he and Jon heading South?

There is still a role to play for Beric, and Winterfell could need him and the Brotherhood if the King in the North is gone for too long.

Brienne has a big responsibility in protecting Sansa now that she is in charge of the North (even if on an interim basis). Despite Jon threatening Littlefinger before leaving, both Sansa and Brienne need to be on their toes.

We aren’t yet sure about the results of Sam’s attempt to save Jorah Mormont, but rule breaking has worked well so far for the aspiring maester. Samwell could be removed from the Citadel if he isn’t careful, though.

The wildlings are making their way to the Wall, and hopefully the Night’s Watch was given a heads up by Jon so there is a smooth transition between the two sides. At least Alliser Thorne isn’t around, or blood would surely be shed.

Just as suspected, Qyburn was cooking up schemes for Cersei behind the scenes, and it could spell bad news for Dany’s dragons. That said, it might not matter in the near future if Jon is able to convince Daenerys that her dragons are needed in the North.

Lyanna speaking against the King in the North? That didn’t seem like something that would happen, but at least we know she doesn’t simply provide blind loyalty.

Like Beric Dondarrion, the Hound could be needed in the North quickly if Jon is gone for too long. With Winterfell as a possible destination, the Brotherhood might need to convince everyone that Clegane has changed for the better.

While the first conversation between he and the Mother of Dragons didn’t disappoint, Varys’ fate was certainly in some doubt as Daenerys grilled him about the past. Fortunately for him, he looks to be in the clear.

It was great to see Littlefinger put in his place by Jon, and he looked weak as ever. However, the last time a Stark choked him like that, Littlefinger was the one to come out on top—like the snake he is—with a knife to his throat (Ned in Season 1).

He warned Melisandre that if she ever comes back up North again, he will execute her himself, but Davos probably didn’t expect he would head South and see her. Still, it’s hard to see him not wanting justice—by Daenerys’ orders or otherwise—for Shireen’s death.

Jaime has never been intrigued by politics, but he has been forced into it in order to win support against the coming threats. He made a good case to Randall Tarly, but the next guy on the list might have one-upped him.

It’s probably safe to assume that Cersei will be content with the gift she was promised by Euron, as she should take great joy in executing Ellaria (quickly, if she’s lucky) for killing Myrcella. Euron is a monster, but you can’t dispute that he fared very well in battle to end “Stormborn.”

We know Bran is sitting on some big-time news that he needs to get to Jon, but the two will have quite a bit of distance between them with the King in the North off to meet Daenerys. Can Bran get word to Jon before the Night King reaches them both?

What is it that Sansa truly wants? She quickly became content when Jon said Winterfell was hers, but it is just a temporary thing. As long as Littlefinger hasn’t already corrupted her, Sansa should be able to keep the power from getting to her head.

The scene with four woman talking around the table (Daenerys, Olenna, Yara, and Ellaria) was all based around Tyrion’s war strategy, so his advice is still crucial to Dany with all the new opinions in the room. He also made a case for Jon Snow, and it will be awesome to see them interact again after all they’ve been through.

So far, the White Walkers have popped up when no one expects it, and we will probably have more of the same in Season 7. Is it possible that the Night King somehow knows Jon is gone and the North is vulnerable?

Arya made a good decision to go back to Winterfell and be with her family instead of attempting to assassinate Cersei, and we could be seeing a full Stark reunion if Jon gets back, Bran leaves the Wall, and Sansa stays alive and put. Arya’s reunion with Nymeria was touching (and frightening for a moment), and it was great to see the fully-grown direwolf doing well for herself and leading a wolf pack. Could they be in play in the future, or was that the last we’ll see of

The King in the North has received legitimate opposition in both of the key issues through two episodes, but his eventual decision and reasoning for them have to be respected. There is risk, though, and the North is now without his leadership and fighting acumen if the army of the dead gets close.

She barely had to lift a finger, but Cersei was a definite winner of the last episode, as Qyburn revealed a new weapon, Jaime seemed to have won over House Tarly, and Euron captured Ellaria and killed the Sand Snakes. A marriage could be next, but if Jaime’s Season 4 warning to Loras Tyrell was true, Cersei might murder Euron in his sleep.

On Sunday, we will finally get a meeting between two of Westeros’ most important (and accomplished) people in Jon and Daenerys—the last two Targeryens—and it could go in any direction. If they are around, will Dany’s dragons show a connection to Jon? Will the Mother of Dragons ask the King in the North to bend the knee? Can Jon convince Daenerys the fight in the North is more important than the Iron Throne? However the meeting plays out, it will have been worth the wait.