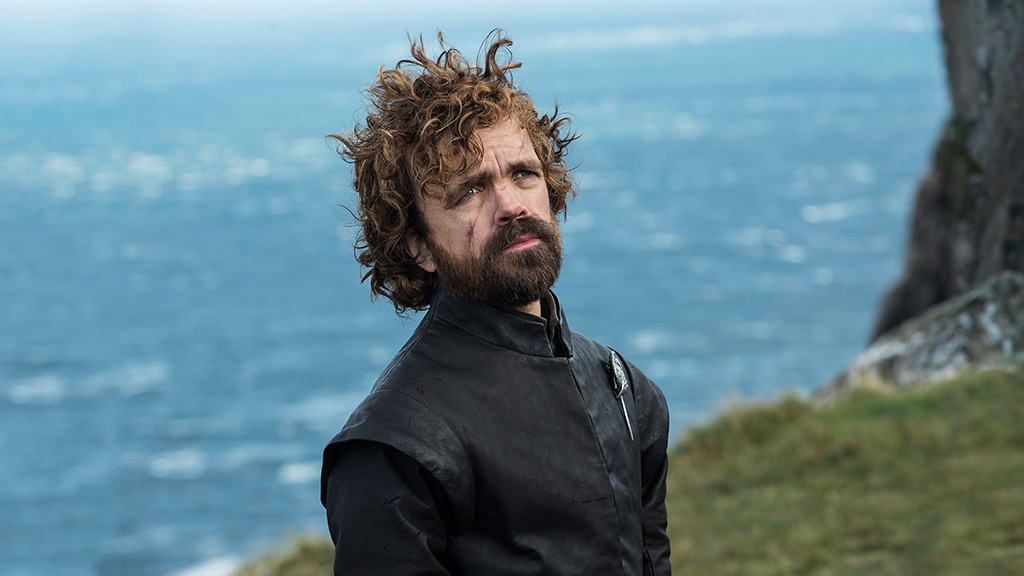 ‘Game of Thrones’ Power Rankings After “The Queen’s Justice” (S7E3)


The most anticipated meeting in television history did not disappoint last week, and here are where the characters stand heading into “The Spoils of War.” [Note: there was a recent HBO leak, but we have steered far away from any potential spoilers, as should you]

Things were at least looking a little hopeful when Bran was at the Wall to potentially help against the Night King, but now the Lord Commander of the Night’s Watch is basically on his own until Tormond and the wildlings arrive.

We might not see Melisandre again for the rest of the season, but she will be back. And while she was able to steer clear of Davos and Jon and keep her head, the Red Woman will eventually die in Westeros if her mysterious words to Varys turn out to be true.

A brave Samwell Tarly was able to cure and save Jorah from greyscale, and he will now return to Daenerys just when she needs some reinforcements. He just better not ask for Longclaw if Jon is still around.

Jaime’s offer was too good to refuse for Randall Tarly, and he was right behind him as the Lannister army attacked Highgarden. Randall will likely be relied upon more as the war intensifies.

Bronn, too, was right behind Jaime, and it was his first appearance of the season. He didn’t talk and it was only brief, but still good to see him nonetheless, and it will be interesting to see where Bronn’s loyalties are with Tyrion close.

Two straight episodes without Beric and the Brotherhood, but we know he’s going to be fighting with a sword of fire at some point, and it could be against the army of the dead.

Unfortunately for Brienne, the biggest threat she needs to protect Sansa from at the moment is Littlefinger, and she can’t simply put a sword through him and end it. She should, however, be able to fully fulfill her vow to Catelyn with Arya at Winterfell’s doorstep.

Like for Ed, the Three-Eyed Raven no longer being at the Wall probably isn’t a good sign for Tormond and the wildlings.

Good thing Sam was successful in saving Jorah, or else it would have at the least gotten him expelled from the Citadel—and if not, likely would have meant death. His rule-breaking initiative wasn’t enough for him to get a promotion, but he does continue to move up the power rankings.

Qyburn’s weapon to use against dragons could be put in action soon if Daenerys decides to attack King’s Landing after a so-far unsuccessful strategy of waiting.

No sign of Lyanna Mormont in “The Queen’s Justice,” but we can be certain that she wasn’t sitting back and knitting by the fire.

Well, Melisandre’s ominous words before departing couldn’t have sat well with Varys. If true, it likely means Daenerys loses the war and Varys is executed, Daenerys changes her mind and decides to execute Varys, or there is a traitor in their midst who kills Varys. Not looking good for him however you spin it.

We could be getting some more non-Stark reunions soon if the Brotherhood goes to Winterfell, though the Hound seeing Arya and Brienne again probably wouldn’t be very heartwarming.

Jon’s threat didn’t seem to affect Littlefinger, but it could just be that the King in the North isn’t around. Either way, he is still in Sansa’s ear with seemingly-wise advice. What could he have up his sleeve?

Davos did a lot of talking on his King’s behalf, but his best quote of the episode was of few words: “This is Jon Snow… he’s King in the North.”

Has Bran seen so much death and destruction that he’s just numb to it all? He can’t be Lord of Winterfell, and seemed barely more alive than the army of the dead. It’s definitely concerning that he didn’t tell Sansa the news he needs to tell Jon, and makes it seem like the King in the North may never know his true parentage if the Night King reaches Bran first.

While Jaime might not be the fighter he once was with one hand, he’s definitely done a great job leading the Lannister army in Season 7. His decision to give Lady Olenna a painless death could make Cersei angry with him after her final revelation, but Olenna might have planted a seed that makes Jaime realizes his sister is basically the Mad Queen.

Euron gave Cersei the best possible gift she could imagine, but it only earned him a marriage after the war is won—and even then you have to think it wouldn’t happen. Still, he seems to enjoy his parading-through-the-streets lifestyle after his victory at the sea.

He helped create a soft alliance—or at least an understanding—between Jon and Daenerys, but Tyrion’s strategy for the war completely backfired, as the Unsullied took a symbolic-but-unimportant Casterly Rock while most of the Lannister army took a valuable Highgarden.

As Jon said to Tyrion about Sansa, “she’s starting to let on,” about how smart she is. Seeing Bran for the first time since Season 1 probably didn’t go as expected when he talked about her wedding night to Ramsay, but we know Sansa’s intelligence is a big reason why House Bolton is gone.

It’s only a matter of time until the White Walkers attack someone, somewhere, and Jon being unable to convince Daenerys about how dangerous they are was a huge win for the Night King.

The preview for this Sunday’s episode leads us to believe Arya will return to Winterfell and reunite with Sansa and Bran, but we know what happened the last time she was this close to her family—Robb and Catelyn were killed at the Red Wedding.

Jon decided to stop Davos short of telling everyone about his death at the hands of his Night’s Watch brothers, and it’s unclear why. Perhaps he thought they would think of him as less of a leader if he was betrayed, but you’d think Daenerys and Tyrion would find out at some point. In the mean time, he might not get Dany and her dragons to go North, but Jon is able to mine the dragonglass at Dragonstone.

The end of Season 6 saw Daenerys assemble a great force after alliances with Lady Olenna, Yara Greyjoy, and Ellaria Sand, but all three woman have either been captured or killed over the past two episodes, and Dany is basically back to having the Unsullied, Dothraki, and three dragons. It could be enough, but she might need Jon Snow and the North’s help, especially with everyone continuing to underestimate the new #1 on our list.

It seemed like a matter of when and by who—not if—in regards to Cersei’s death, as enemies were all around her to start the season. That changed, though, and since then, Arya has decided to go North, Jon still has no interest fighting anyone but the Night King, and Daenerys’ allies have basically been wiped out. Because she’s been so emboldened by her recent successes, Cersei does seem to be getting a little careless, and if she dies, it could be an enemy under her own roof (i.e. Jaime). A few more things probably need to happen before that, though, and the Queen sits safely at the top for now.