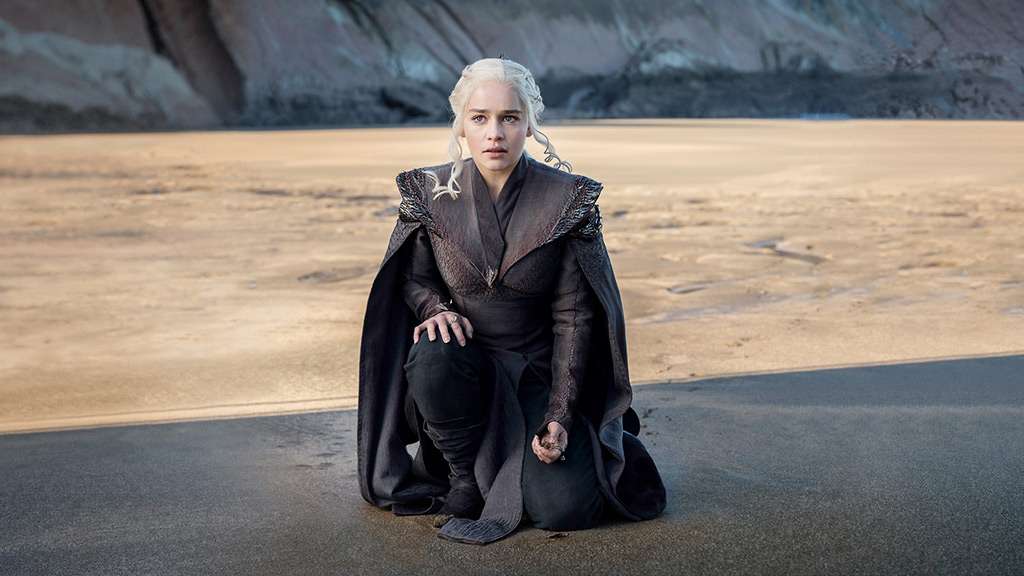 
WARNING: This article contains SPOILERS from the Season 7 premiere of Game of Thrones.

After a 448-day wait from the end of Season 6, Game of Thrones returned last night with the first episode of Season 7, “Dragonstone”. Things pick up almost right where Season 6 ended, and the stage is set for the penultimate season as we see what almost everyone that’s left is up to. The end is near, with 13 episodes left (including last night’s) in Game of Thrones, but “Dragonstone” was an excellent start to the beginning of that end.

The episode started with the fifth pre-opening credits of the series (the others were: S1E1 with the White Walker, S3E1 with Sam seeing the White Walkers, S4E1 with Tywin breaking down Ice, and S6E7 with the return of The Hound), with what at first appeared to be a flashback with Walder Frey—I half expected to see Robb and Catelyn Stark there. We soon realize it was the faceless Arya Stark who gathered all the Frey men to a second feast after the one in celebration of taking Riverrun.

After chastising everyone for being proud of stabbing a woman with an unborn child and slitting a mother’s throat, the young Stark assassin poisoned the wine of all the men gathered there, swiftly eliminating House Frey and getting further revenge for the Red Wedding. So, Arya proved she is out for blood before the opening even rolled, and as she said: “Winter came… for House Frey.”

Later in the episode, we see Arya stop by a Lannister army campfire—where guest star and musician Ed Sheeran was singing—after being invited to join them. There is not much doubt she would have killed the several members of the Lannister army, who had their swords off to the side, if it wasn’t for their backstories and politeness towards her. Really, the scene showed that while some of these people might be on a certain side, it doesn’t make them bad. When asked by one of the men why she was going to King’s Landing, Arya truthfully told them she was going to “kill the Queen,” which got a huge laugh out of them.

Speaking of the Queen, Cersei is contemplating her next moves to fend off threats from all sides. After wiping out many of her enemies with Wildfire, she still has a lot of them left but is combative as ever. Cersei also basically calls her now-dead son Tommen a traitor and would rather not talk about it with Jaime. The Queen of the Seven Kingdoms is confident because she is…the Queen of the Seven Kingdoms; but Jaime, giving rational thoughts, said she’s not ruling Seven Kingdoms right now. “Three, at best,” he says.

Cersei believes the war and holding the Iron Throne is important—more important than anything. She says whoever comes out on top of this will form a dynasty that rules for 1,000 years. Jaime tells her their three children are dead—have nothing left to build a dynasty with. But Cersei wants to build the 1,000-year dynasty for the two of them. Of course, they won’t be living for that long, and it shows the madness that might be overcoming her. Jaime’s levelheadedness could be bad news for Cersei if she doesn’t listen.

Jaime made clear the importance of having solid allies, which they have virtually none of, so Cersei plans to entertain an offer from Euron Greyjoy. The King of the Iron Islands wants to marry Cersei, but she declines because she doesn’t trust him. Euron promised to bring a “gift” back for Cersei to make it worth her while—my first thought was Tyrion, but it could be someone/something else.

In the North, Sansa is taking an unreserved approach to leadership—she spoke strongly against Jon during a meeting when discussing how to best defend the Wall. Jon did a great job of displaying leadership of his own and shut down Sansa, making it clear the King in the North is in charge. The siblings (well, kind of) then privately spoke frankly to each other after, and Sansa made it clear she wants Jon to take her advice seriously—she even tells Jon he needs to be smarter than Ned and Robb were and avoid the “stupid mistakes” which led to their deaths.

While Cersei is a potential problem (as Sansa warns, she murders anyone that crosses her), Jon’s biggest concern is fighting the White Walkers. For that, they need to find some dragonglass, so he announces a vast mining effort to find a lot of it. At the Citadel, Sam discovers that there is a mountain of dragonglass at Dragonstone, so Jon might need to head south before making a stand against the White Walkers.

We also got one of the most extensive looks at Sandor Clegane (The Hound) as he travels with the Brotherhood Without Banners, led by Beric Dondarrion and Thoros of Myr. They return to the home where Sandor left the farmer and his daughter to die in Season 4, when he stole their silver and told Arya, “they’ll both be dead come winter” anyway. The Hound now felt bad about leaving them for dead, something that probably wouldn’t have happened earlier in Game of Thrones.

When sitting with Beric and Thoros, Sandor harshly questions why Beric keeps getting brought back to life—he’s nothing special, according to Sandor. Beric thanks “our Lord,” to which Sandor replies, “your Lord, not mine.” But when Thoros tells him to look in the fire, things change for The Hound. He has a vision in the fire and tells Thoros and Beric what he sees: “Ice. A wall of ice. The Wall…it’s where the Wall meets the sea. There’s a castle there. There’s a mountain—looks like an arrowhead. The dead are marching past…thousands of them.”

Beric asks, “Do you believe me now, Clegane? Do you believe we are here for a reason?” This vision makes The Hound believe, as we see him bury the farmer and daughter he left for dead in Season 4 and even attempts a prayer after they are buried. It’s a major turning point for Sandor Clegane, who never really believed in any god or religion. Beric, Thoros, and The Hound look like they could be big players in the fight against the dead.

Bran’s vision from earlier in the episode shows the dead marching, which could be directly related to The Hound’s vision in the fire. Bran sees multiple wight giants also marching with the undead, and some think the front-and-center giant was Wun Wun. However, Wun Wun died in Winterfell when helping lead the assault at the Battle of the Bastards, so I’m not sure it’s him (Jon was smart enough to burn the dead so they cannot be turned into wights).

The new Three-Eyed Raven wakes up from the vision to see Ed and the Night’s Watch opening the door to question him and Meera Reed before letting them in. Bran arriving at Castle Black could mean he’ll soon be reunited with Jon and tell him of his real parents. Also, Bran was marked by the Night King and is now south of the Wall. Could that mean the Night King and the White Walkers can bypass the Wall because Bran is marked? Last season, Jon told Ed about the Wall: “Don’t knock it down while I’m gone,” potentially foreshadowing some very bad things occurring.

At the end of the episode, Daenerys makes her long-awaited arrival back to Westeros at Dragonstone, the place she was born. Thinking back to years ago and where she was in Season 1, to see Daenerys where she is now is a truly awesome moment. From when she got to the shore and put her hand in the dirt, to when she walked up to and throughout the Dragonstone castle, no words needed to be said. Until she rhetorically asks Tyrion: