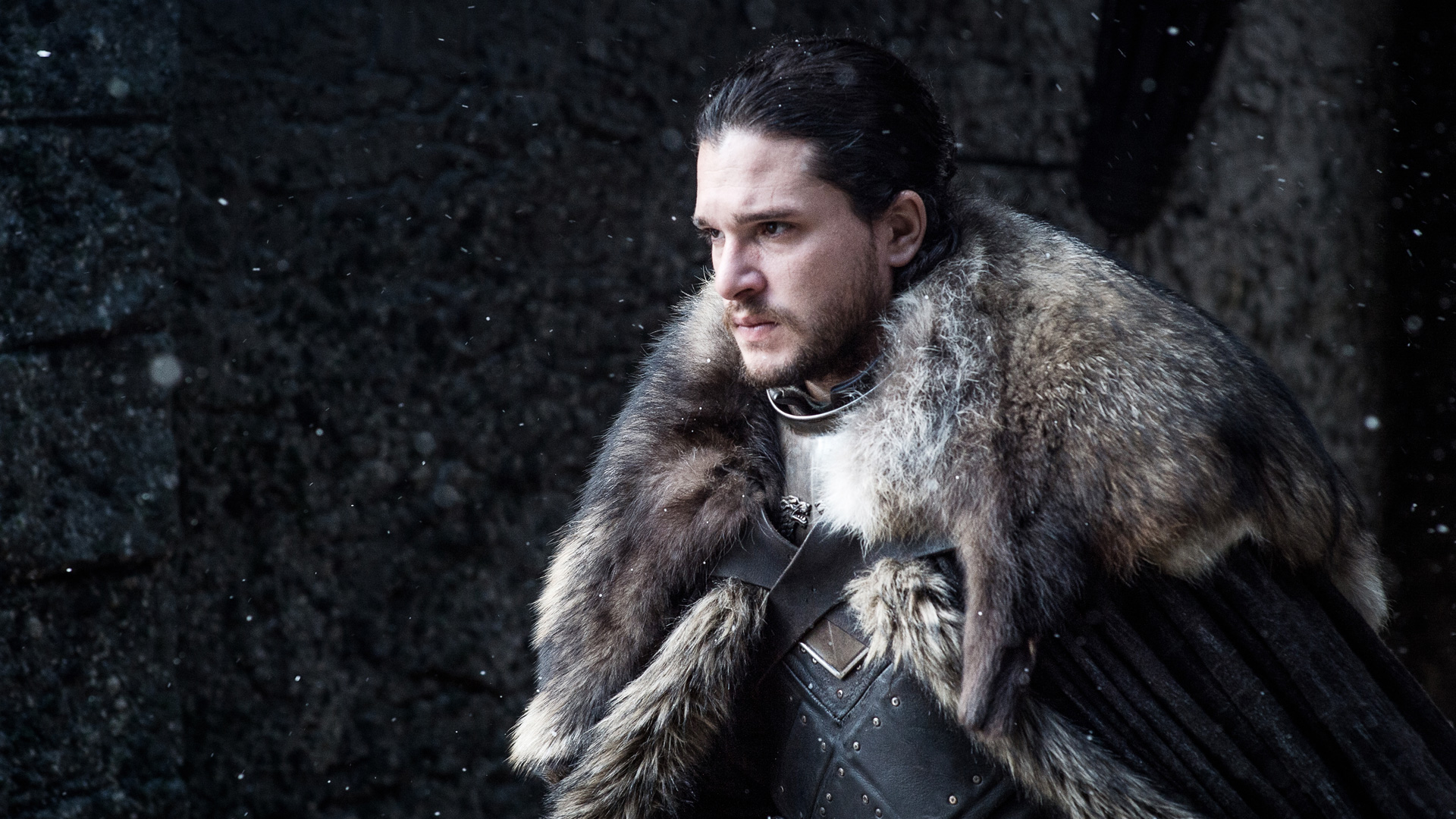 
WARNING: This article contains SPOILERS from Season 7 of Game of Thrones.

Well that escalated quickly. The second episode of Season 7 of Game of Thrones, “Stormborn”, further set war in motion with a thrilling battle in the sea to end the episode. It’s safe to say the next five weeks are going to be crazy.

“Stormborn” starts with a huge storm at Dragonstone, much like the one Daenerys was born in (as Tyrion points out). Daenerys, Tyrion, and Varys (along with Missandei and Grey Worm in the room) are talking of early plans to win the war, but Varys soon gets pressed hard by Dany about his past and his loyalty—he did attempt to help King Robert execute the plan to assassinate Daenerys, so you can’t blame the Mother of Dragons for being dubious of trusting him. Tyrion attempted to vouch for Varys multiple times, but Daenerys doesn’t buy it. The conversation is tense, with great acting, as usual, by Emilia Clarke, Conleth Hill, and Peter Dinklage.

After Varys swears to be honest with Daenrys to her face and not go behind her back, they go to see Melisandre—whom Varys points out served Stannis Baratheon. Daenerys gives him an intimidating side eye while telling Melisandre, “you chose an auspicious day to arrive at Dragonstone. We’ve just decided to pardon those who once served the wrong King.” The Red priestess tells Daenerys of “the prince who was promised will bring the dawn”, and Khaleesi points out she is not a prince. But Missandei says the High Valyrian translation by Daenerys is a little off, and it actually means “the prince or princess who was promised…” Tyrion points out it doesn’t quite roll off the tongue as nicely, and Daenerys humorously states, “no, but I like it better.”

Melisandre believes Daenerys has “a role to play” as does someone else. Jon Snow. She suggests Dany call Jon to Dragonstone to have him tell of the things he’s seen. Tyrion advises his Queen that he likes and trusts Jon, while notifying that he is “an excellent judge of character.” He also tells Daenerys that because the Lannisters had both Ned and Robb killed, Jon has more of a reason to hate Cersei than she does. So Daenerys summons Jon to Dragonstone to bend the knee.

Later at Dragonstone, Daenerys is holding council with Tyrion, Varys, Lady Olenna, Elleri, and Yara (along with Missandei, Grey Worm, and Theon, none of which speak). Tyrion, as Hand of the Queen, tells the council of the plans to take the Iron Throne. While the others want to attempt to sack King’s Landing (or just burn it to the ground by use of dragons), Daenerys doesn’t want to kill the people of Westeros. As Tyrion explains, the Dornish and the and the Tyrells will surround King’s Landing, as to not allow food and supplies to enter the city—Yara, Theon, and Ellaria would go to Dorne to gather the troops. Meanwhile, the Unsullied will take Casterly Rock, the stronghold of the Lannisters—and as Tyrion says, “the true power of Westeros” has been the Lannisters so they will take it. It’s really something for Tyrion to be OK with taking over the home that belonged to his family for centuries, although he was not made to feel like a Lannister by his own father.

The council agrees with the plan and breaks, but Daenerys asks Lady Olenna for a private word. Dany promises Queen Cersei will pay for what she has done. Lady Olenna gives back some advice of her own, basically telling Dany not to listen to Tyrion and to “be a dragon,” not a sheep. Tyrion seems to have 100% trust of his Queen, so this was peculiar advice and we’ll see if anything comes of it. Because Daenerys never really had powerful, influential women in her life, Lady Olenna might be someone that Daenerys draws to as we move forward.

Cersei, preparing for war and attempting to gain allies, calls for the House Tarly and other Houses that are bannermen for House Tyrell, but Olenna Tyrell is on Daenerys’ side. While sitting in the Iron Throne, Cersei uses scare tactics to try and rally them to stop Daenerys, the daughter of the Mad King, from terrorizing Westeros. Because Dany has three dragons (Qyburn and Cersei have a plan to take them out), the bannermen don’t seem too interesting in helping. Jaime then privately talks to Randyll Tarly (father of Samwell) and sweet talks him while promising him Warden of the South when the war is won over “savages and eunuchs.”

Speaking of Tarlys, Sam is at The Citadel and wants to cure Jorah of greyscale. The illness has gotten very nasty and advanced at this point, and it gets even nastier when Samwell attempts to cure Jorah of it. Sam feels he needs to help Jorah, the son of Jeor—who was a mentor to Sam. It would be nice if Jorah was able to be cured and get back to help the woman he cares about so much take the Iron Throne, but this is Game of Thrones we’re talking about, so we’ll see.

In the North at Winterfell, Jon receives the letter, via raven, from Tyrion. The letter harkens back to Season 1 when Jon and Tyrion traveled together to Castle Black and Tyrion told Jon, “all dwarfs are bastards in their father’s eyes.” Because he liked Tyrion, and Daenerys has dragons (with fire), he is strongly considering meeting her at Dragonstone. When he receives another letter from Samwell, telling him of the mountain of dragonglass at Dragonstone, he decides he must go to Daenerys.

The King in the North delivers the message to his subjects (when he also tells them of the three dragons, they are not thrilled). Led by Sansa, almost everyone disagrees with Jon—including Lyanna Mormont, which really seemed to hit the King where it hurts. Jon reminds them he’s the only one there that’s seen the army of the dead, proclaiming that he must go to Dragonstone, before giving full control of the North to Sansa while he’s gone. As a Stark, Sansa keeps the North in good hands and should keep the trust of most. However, hopefully Jon didn’t leave an opening for the Night King and his army, because there is no way the North can be defended without their King there.

Before he leaves, Jon visists the crypt and Ned’s statute, but Littlefinger arrives and attempts to sweet talk him. The King in the North would have none of it, walking away from the snake that is Petyr Baelish before choking him against the wall and telling him, “touch my sister, and I’ll kill you myself,” then menacingly walking away for good to head to Dragonstone with Ser Davos. It was great to see Littlefinger get put in his place like that, and it’s hard not to like Jon Snow as King in the North.

Just as Jon is leaving, Arya is headed to Winterfell after learning from Hot Pie (good to see him alive and well, doing what he loves) that Jon killed the Boltons at the Battle of the Bastards and took it back. While making a fire, her direwolf Nymeria shows up with a pack of normal wolves. If you don’t remember, Arya forced Nymeria to run away in Season 1 to avoid being executed for attacking Joffrey. Nymeria is now a wild direwolf and didn’t listen to Arya, who tells her that she’s going home. At one point, I thought the direwolf was going to kill its owner, which would be another cruel death for a Stark. But instead, it turned away and was off to live its life with the wolf pack. Arya at first is shocked and saddened, but then says, “that’s not you,” and seems at peace with Nymeria turning her back. If you remember, Arya told her father the same thing in Season 1 when Ned talked of being a lady (wearing dresses, etc.). Arya and her direwolf are one and the same, like all the Starks and their direwolves. Arya and Nymeria just aren’t doing it together. It’s also unfortunate Arya is heading to Winterfell as Jon is leaving, and we have to hope they are able to see each other before something bad happens to one of them.

Finally, we get the surprise attack by Euron on Yara, Ellaria, and Theon’s ships. As always, this was a great Game of Thrones battle scene, and it displays how much of a true savage and psychopath Euron Greyjoy is. Euron and his army win the battle at sea, capture Ellaria, kill two of her children and capture one, capture Yara, and force Theon to run away. While Theon did some terrible things, like turn on Robb, take Winterfell, and kill the two innocent farm boys while making people think they were Bran and Rickon, it’s difficult not to feel bad for him. He had some redemption when he helped Sansa escape at the beginning of Season 6 to get to Jon and help start the Battle of the Bastards, but Ramsay really did a number on him. Theon is so messed up mentally that the scars popped back up, so he literally jumped ship instead of trying to save his sister. And Euron has now quite the gifts for Cersei.

There’s a lot to look forward to in next week’s episode, but nothing more than the Daenerys Targaryen and Jon Snow meeting. They are arguably the two main characters in the series, they could both be the prince/princess that was promised, and they don’t even know they are related. Anticipation for their first-ever meeting can’t be much higher, and next Sunday cannot come soon enough.