Home / frontgames / ‘Game of Thrones’ Season 8: A Defense Of The Final Season 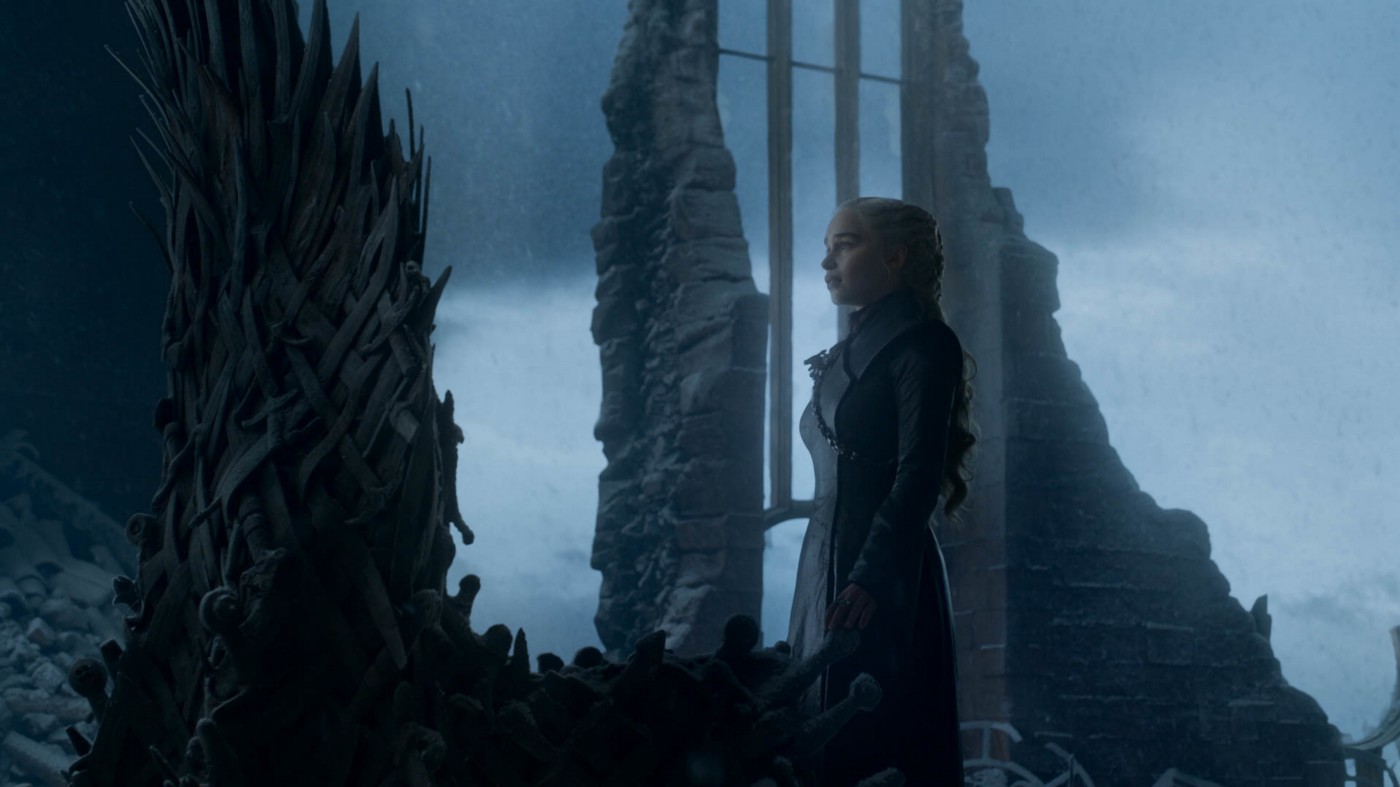 ‘Game of Thrones’ Season 8: A Defense Of The Final Season


I think the social media outrage might be coming from a very vocal minority that hated the conclusion to Game of Thrones, as I have yet to hear detailed reasoning for the criticism. That said, here are counterpoints for the 16 biggest blanket issues that people had about Season 8.

Daenerys and Jon go for ride on the dragons

Did people expect Jon to simply get on Rhaegal with no prior experience and hold his own against the Night King in a dragon battle? Daenerys saw how Drogon reacted to Jon in Season 7, so she figured if there’s anyone else in the world who could take control of a dragon, it was him.

“A Knight of the Seven Kingdoms” (Episode 8.02) was pointless

The consensus seems to believe that the second episode was the best of the season, but after the Battle of Winterfell, some labeled it as pointless. I couldn’t disagree more. Even if you felt the deaths were not sufficient against the Army of the Dead, “A Knight of the Seven Kingdoms” was still basically a love letter to the characters before the tragic final four episodes. I don’t see how anyone could say Podrick signing “Jenny of Oldstones” with a montage of all our favorite characters wasn’t beautifully done as the perfect leadup before Death marched on Winterfell.

I didn’t even know darkness was an issue for people until hearing about it the following day. Anyone who watched on a high-quality television in a darkened room—so, not with some lights on for a watch party or on a TV with incorrect settings such as power-saving mode turned on—should have had zero problems. After the episode, LG even sent out an email advertisement about their televisions having perfect blacks, which would have given fans the ideal viewing experience. To me, “The Long Night” looked extremely realistic for a battle under moonlight.

No main characters died in the Battle of Winterfell

I guess everyone forgot about Theon Greyjoy, who had perhaps the greatest character arc in television history. Or Jorah Mormont, who was by Dany’s side (more or less…) since the beginning of the series. Or Melisandre, who was as powerful as anyone in Westeros and was the focus of the final scene in multiple episodes. Beric Dondarrion and Eddison Tollett were also popular characters that fell by saving others in Arya Stark and Samwell Tarly, respectively. And seeing everyone else—Jon, Daenerys, Tyrion, Sansa, Jaime, Brienne, Tormund, Varys, etc.—on the brink of being overwhelmed and killed made Arya’s death blow to the Night King all the more significant.

Would I have loved to see a one-on-one battle to decide the Great War? Absolutely; but how would that have happened? Were the White Walker lieutenants going to simply stand aside and let them fight? The point of everyone being so helpless by the end of “The Long Night” was to show how absolutely dominant the Night King was. Jon couldn’t even get within ten feet of him, so a “sneak attack”—in the same spot Arya snuck up on Jon in the season premiere—was the only way to defeat him.

No backstory for the Night King

Sorry that Bran wasn’t the Night King. I mean, did people even watch the origin story in Season 6? If anything, I would argue we didn’t even need to see the White Walker backstory at all, as the mystery is what made them such an intimidating force.

It wasn’t an issue of CGI costing too much, as the Jon and Ghost moment was saved for the finale. And for people who claim that it still doesn’t make sense to not see Jon saying goodbye to his companion (because he obviously didn’t know he would come back north): he likely was too emotional to give anything other than a nod, which is understandable.

This is a complaint I saw a couple times looking through reviews of “The Last of the Starks”. There are rules of engagement that even the least honorable of people follow, so Cersei was in no position to send forces out to kill Daenerys or shoot Drogon with a Scorpion weapon. A parley where both sides agree to meet and try to sue for peace is different than blowing up the Sept.

Daenerys didn’t have any build up for her heel turn

I guess everyone missed the first 71+ episodes of the show.

Nikolaj Coster-Waldau (who played Jaime) is six-foot-two. Maisie Williams (who played Arya) is five-foot-one. I don’t think that popular fan theory was very plausible. As for the “green eyes” the Stark assassin would shut forever as prophesized by Melisandre? Littlefinger in the Season 7 finale.

The dragons had a very strong connection to Daenerys (and Jon because he was also a Targaryen), so I think Drogon was intelligent enough to know the Iron Throne corrupted her and is really what killed his mother. I don’t get why that’s so difficult for people to comprehend.

Say what you want about Jon Snow, but he wasn’t a liar. Besides, would Grey Worm and the others believe that their Queen decided to simply ride away when there was a pool of blood on the ground in the Throne Room?

Bran didn’t deserve to be King

First of all, the main plot points/conclusions are the work of George R.R. Martin, so take it up with him. But throughout the show, it has been clear that the best rulers are the ones who don’t want to rule at all—Ned as the Warden of the North, Robb as the King in the North, and Jon as King in the North—so is it that difficult to get behind the impartial Bran Stark as King of the Six Kingdoms? While Jon Snow has been and always will be a Stark, the last true son of Ned Stark “winning” the Game of Thrones is a very satisfying ending.

Jon was a Targaryen for no reason

Set up by the reveal of Jon’s true parentage in the Season 7 finale, the entire premise of Season 8 was centered around Dany’s fall, and much of that was due to her finding out Jon was true heir to the Iron Throne. If not for that, there would have been no reason for any sort of conflict between the two, and Daenerys would have never turned into a villain.

Jon was brought back for no reason

This might be the worst complaint of all. I know a lot of people can’t wait a full 80 minutes without getting on Twitter, but did they pay attention to the show at all? After being brought back, Jon united the North, the wildlings, and the Targaryen forces to beat the Night King (who everyone thought was a myth until the former Lord Commander proved otherwise by going beyond the Wall)—and even that was almost not enough to win the Great War. If not for Jon, Westeros would have been turned into the Land of Always Winter.

Jon should have been King

There are several reasons this doesn’t make sense as an ending. First of all, Jon needed to be “suffer” the consequences for killing his queen. And what makes it great for viewers is that the punishment of being sent to the Wall is the ending Jon deserves because he ends up in the place that made him happiest (the “real North” as Tormund calls it). Also, as previously stated, Jon wasn’t a liar, so he wouldn’t trick Grey Worm into leaving before taking the throne for himself. Perhaps most importantly, he simply never wanted to be King. Now, Jon can live out the rest of his days in peace knowing that House Stark will rule Westeros with honor.