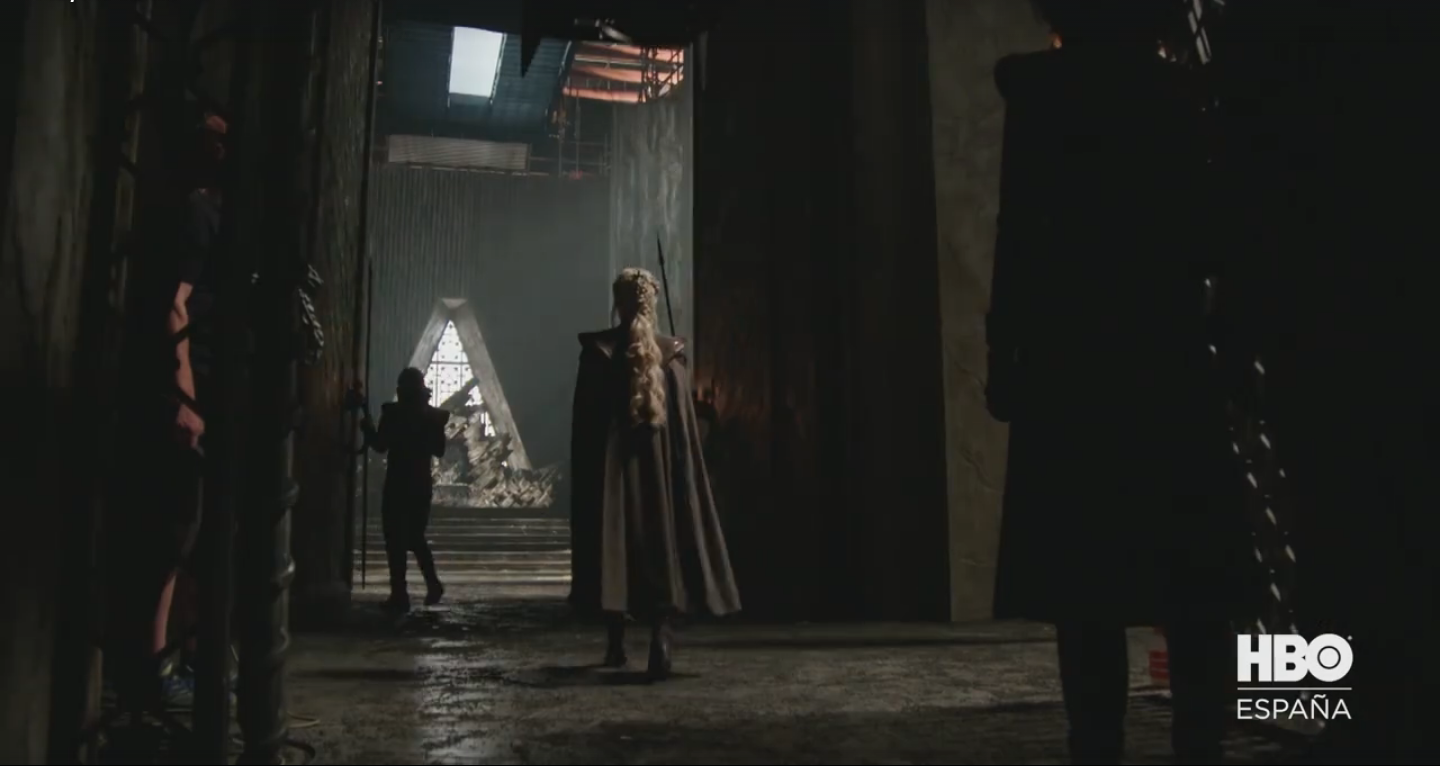 
As discovered by Watchers On The Wall, HBO España released a look at the upcoming season of Game of Thrones.

The behind the scenes look includes Daenerys in what might be Dragonstone, Jamie riding on horseback, Podrick practicing his swordsmanship with Brienne, and the Lannister banner being let down at a castle.

It's clear a lot is going to happen in season seven, as we move towards the end of the series.

Game of Thrones season seven premieres on July 16 at 9:00 PM on HBO.