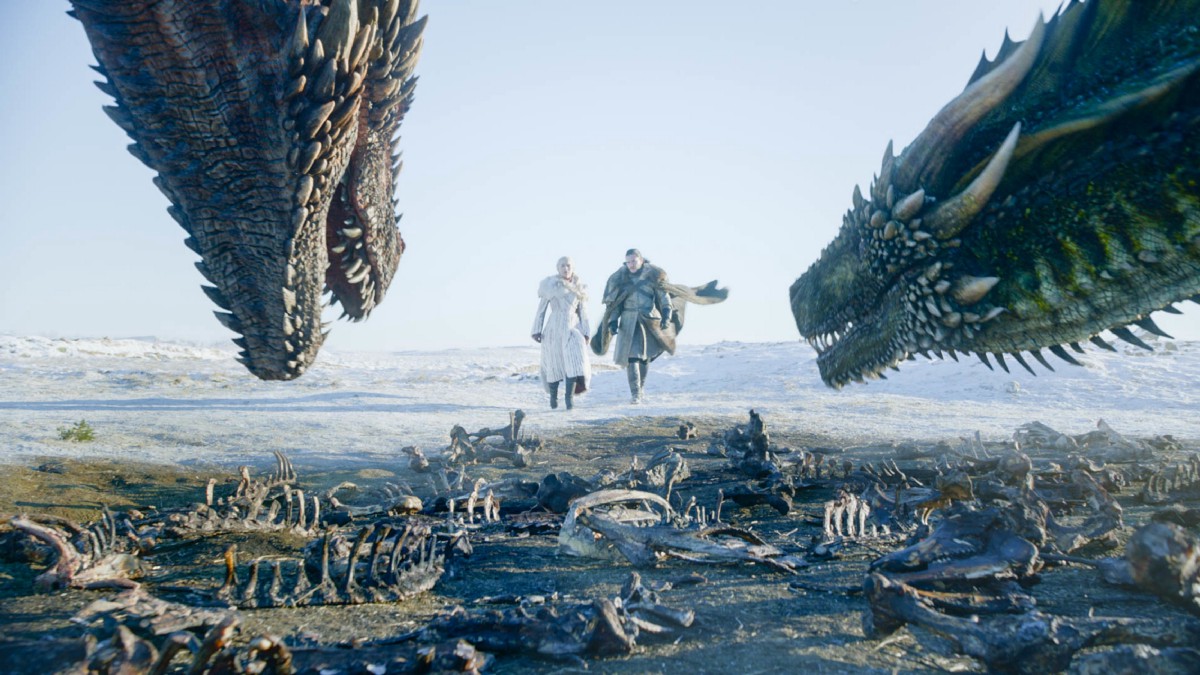 The ‘Game of Thrones’ Final Season Criticism Is Unfair


We’ve had a lot of Game of Thrones content this week, and this article was not planned; but we need some positivity to combat all the negativity (which you will mostly find on Twitter and from critics’ reviews instead of the real world, where most people I’ve talked to are good with the finale).

Because of all the bad user ratings on IMDb in middle of the season, I decided I wouldn’t be looking at user ratings anymore—and I didn’t look at all for the final couple of episodes leading up to the finale. But when the final episode was over, I thought it was so perfect that I decided to look on IMDb that night, expecting to see a 9.9 rating for a conclusion most people would be happy about in terms of quality (despite the unfortunate fate of the fan-favorite Daenerys Targaryen). So, it was stunning to see the episode rated at a 5.0/10, which is shockingly low—though I might’ve expected it if I knew “The Last of the Starks” was a 5.7 and “The Bells” was a 6.2, and it seems people were going to hate the final episode no matter what happened.

Currently, the finale is even lower at a 4.3, which puts it in the range of the lowest-rated episodes, shows, and movies ever. There are many one-star reviews, with the common blanket complaint being “terrible writing.” There is even a petition that’s gained over one million signatures to have Season 8 re-written. Keep in mind, this is a small part of Game of Thrones’ massive fanbase, and most people probably believe the suggestion to re-write the final season is ridiculous.

SomeGame of Thronescast members have come out and defended the show, with some specifically calling out the petition. Pedro Pascal (who previously played Oberyn Martell) said the critics should shut up because the finale was perfect. Isaac Hempstead-Wright (Bran Stark) called the petition “absurd.” Sophie Turner (Sansa Stark) called it “disrespectful.” Jacob Anderson (Grey Worm) called it “rude.” And Kit Harington (Jon Snow) told Esquire weeks before the finale that “whatever critic spends half an hour writing about this season and makes their judgement on it, in my head they can go f*** themselves. Because I know how much work was put into this.”

They are all absolutely right. Sure, there could’ve been more episodes and seasons; George R.R. Martin said so himself, and I don’t think anyone would’ve been against more Game of Thrones. But showrunners David Benioff and D.B. Weiss have said for a while they thought the story would be 73 episodes, and you have to respect them sticking to the plan. It’s a hard thing to let go of a show so many people love, but it was time for Game of Thrones to end.

The criticism of Benioff and Weiss is very unfair. Some people have asserted that the show creators didn’t really care about the final season and just wanted to get it done so they can move on to Star Wars. It’s utterly ridiculous to suggest people that have spent a decade of their lives working on something—especially something as great as Thrones—wouldn’t work as hard as possible to finish it right. D&D knows Game of Thrones is a truly special show, and they certainly wanted to do it justice—for the cast and crew that’s worked so incredibly hard for years, for the fans, and for themselves.

The assertion that Dan and Dave got lazy and/or are terrible writers is what makes me most upset and makes it easy to not take the critics seriously. Harington’s past remarks about the critics were prescient, as people are taking a lot of energy pushing negativity out there with not much substance behind it. Suddenly, everyone became an expert on writing overnight, and the critics all could’ve done a better job than a team that put the best show on television for nearly a decade.

It’s safe to say the cast and crew—hundreds if not thousands of extras included—worked as hard as usual for the final season. People were set on fire, the Battle of Winterfell had a 55-night shoot, and the actors delivered powerfully during their final run in characters they’ve grown with. Obviously, not everyone has to like the final season and the last episode, but the criticism has gone way overboard, particularly the remarks about D&D. They and the crew did their best.

Since the finale, we have yet to hear from the Game of Thrones showrunners, and the vocal backlash (from the minority, not the majority of Thrones fans) is probably the reason why. Benioff and Weiss said they’d be far away from the internet on May 19 when the final episode aired, but they have probably heard about the reaction by now. It’s unfortunate, because I and many other fans wanted to hear from Benioff and Weiss, but now it’s feeling like we might never hear them talk about the end of the show unless this Sunday’s “The Last Watch” gives some insight—we haven’t even gotten the “Inside The Episode” for the finale released yet.

Regardless, I hope all those unhappy about the final season watch “The Last Watch” to see all the effort and heart that was put into the final season of Game of Thrones. Hopefully the inside look will flip the switch, get critics off the backs of Benioff and Weiss, and help everyone properly appreciate a once-in-a-lifetime show.