WOLF SPORTS ALERT Fantasy Consigliere tiered membership upgrade nearly complete. Original members will not be impacted. Thank you for your patience.
Home / frontgames / Why You Should Embrace The Wait For Season 8 Of ‘Game of Thrones’ 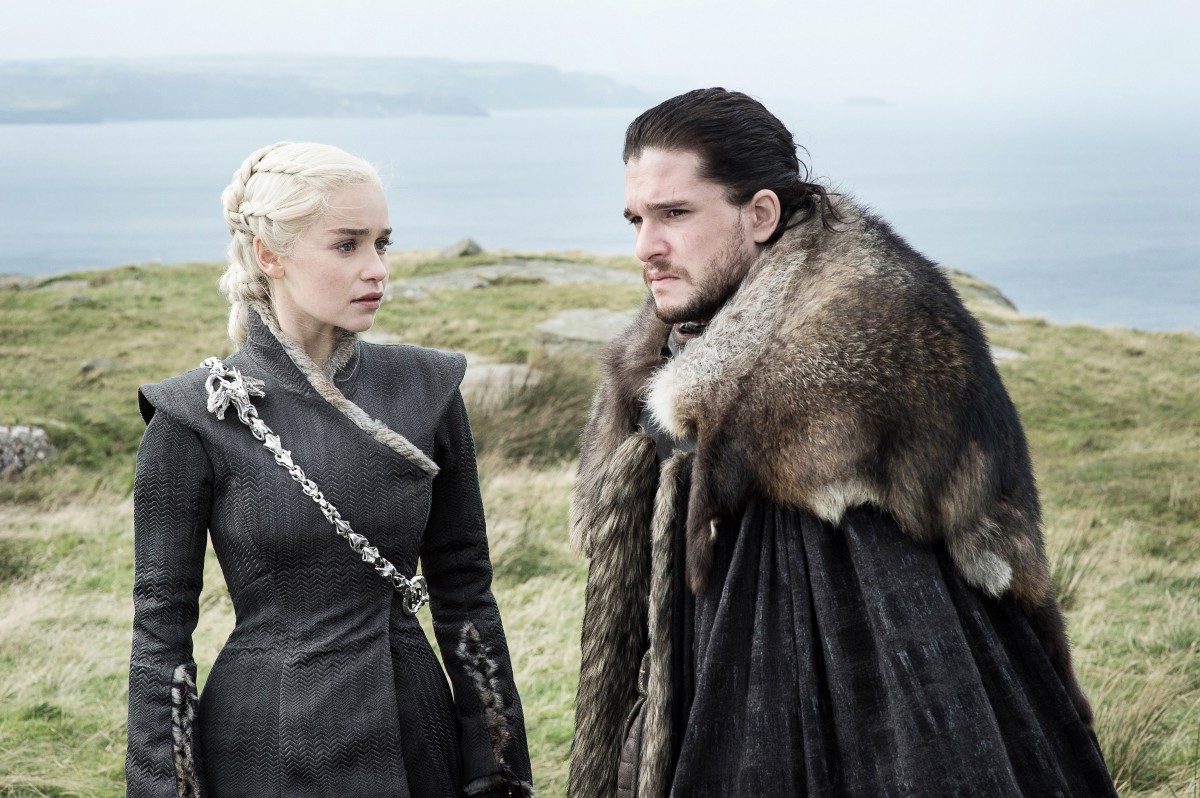 
[NOTE: We consider the winter to start in December, because most of Christmas season being in the fall just doesn’t make sense. So starting tomorrow, we’ll go through each Game of Thrones episode—including best moments, trivia, and episode MVP—lasting through the entire winter in what might be the last full winter until Game of Thrones’ final season airs.]

There are a few things in life that are truly great. HBO’s hit series Game of Thrones, created by David Benioff and D.B. Weiss based off the A Song of Ice and Fire novels by George R.R. Martin is one of those things. Game of Thrones first aired back in April 2011, with the episode title, “Winter Is Coming”. Over its seven seasons, there have been twists and turns, loyalty and betrayal, heartbreak and triumph—and it’s coming to an end.

In my opinion, Game of Thrones is without question the greatest television show ever created. When it first started, I never thought a fantasy show like would ever wear the crown, but I don’t think there’s any doubt that it does. George R.R. Martin has done an outstanding job of creating the Game of Thrones world. From all the Houses with their prestigious history, to the Kingsguard and the Night’s Watch, to the White Walkers north of the Wall—and everything in between—it’s almost like we’re watching history unfold on the screen.

Even the music from the show is wonderful. I can’t listen to the House themes—particularly the powerful House Stark and House Targaryen themes, and “The Rains of Castamere”—without getting goosebumps.

Probably sometime in 2019, the final season of Game of Thrones—which will be six episodes—will air, and it’ll be over before we know it. Many are impatiently waiting for Season 8 to get here, but I don’t think that’s the best idea. I don’t have any problem at all having to wait for the Game of Thrones’ sure-to-be-bittersweet farewell.

We are currently in a time that won’t come again. Over these last several years, we’ve had time to speculate, theorize, and just talk about what was going on in Westeros. When the final episode airs, there’ll be no more uncertainty over who (if anyone) sits on the Iron Throne, who lives and who dies, and what becomes of the great Houses like Stark, Lannister, and Targaryen.

Emilia Clarke, who plays Daenerys Targaryen in the show, is going all-in for the final season by dying her hair the platinum blonde color of her in-show character. It’s pretty awesome that the English actress appears to be enjoying every moment, recognizing that this is the end of the line for something that’s been a big part of her life and is dispatching the “Khalessi Wig” to make it as real as possible for her last time playing the Mother of Dragons. Clarke is a very successful actress without Game of Thrones, but it’s probably fair to say she’s grateful to be able to play Daenerys.

It’s probably the case for most of the cast—particularly those that have been around a little longer than some of their younger cast members. Clarke, Kit Harington, Lena Headey, Peter Dinklage, Nikolaj Coster-Waldau, and company are probably fully aware of how special this show is. Just go on the Instagram page of Jason Mamoa (Khal Drogo) or look up anything he’s said about the show—while Drogo’s presence, as is with many dead characters that have been on the show, remains evident, Mamoa’s love for it has never died.

From the cast, to all the people behind the scenes that might not get a ton of publicity or credit, it’s difficult to imagine Game of Thrones being any better than it is. Take the original pilot, for example. Everyone that was involved, including Benioff and Weiss, say the pilot was truly terrible—Daenerys wasn’t even played by Emilia Clarke. About a decade later, it’s a good thing Clarke got the part. Could you imagine anyone else being able to play Daenerys like she does?

There’s been some unfair criticism aimed toward the show over the last year—particularly with Season 7. Critics say the show is now moving too fast, or they just don’t like the direction of it for whatever reason. I couldn’t disagree more, and it’s clear the showrunners know exactly what they’re doing. Benioff and Weiss’ decision to have a set number of hours from the beginning to tell the entire the story couldn’t be more perfect, as it ensures there won’t be any debasing of the series—it’ll be told exactly as it should be.

These last six episodes are going to be an epic rollercoaster ride. We have no idea what’s going to happen, which makes it even better. Most fans will probably re-watch the series countless times over the years, but we should take advantage of the prime Game of Thrones years while they’re still here. You won’t realize the good days until they’re over.

When the final moments come and the screen goes to black, I would imagine a lot of us won’t know what to think. So let’s take advantage of this unprecedented time when Game of Thrones is still on the air. Let’s talk about where Ghost is and if there’s any hope for a now-ice-dragon Viserion. Let’s embrace the long winter.

It’ll be the last one we ever have.