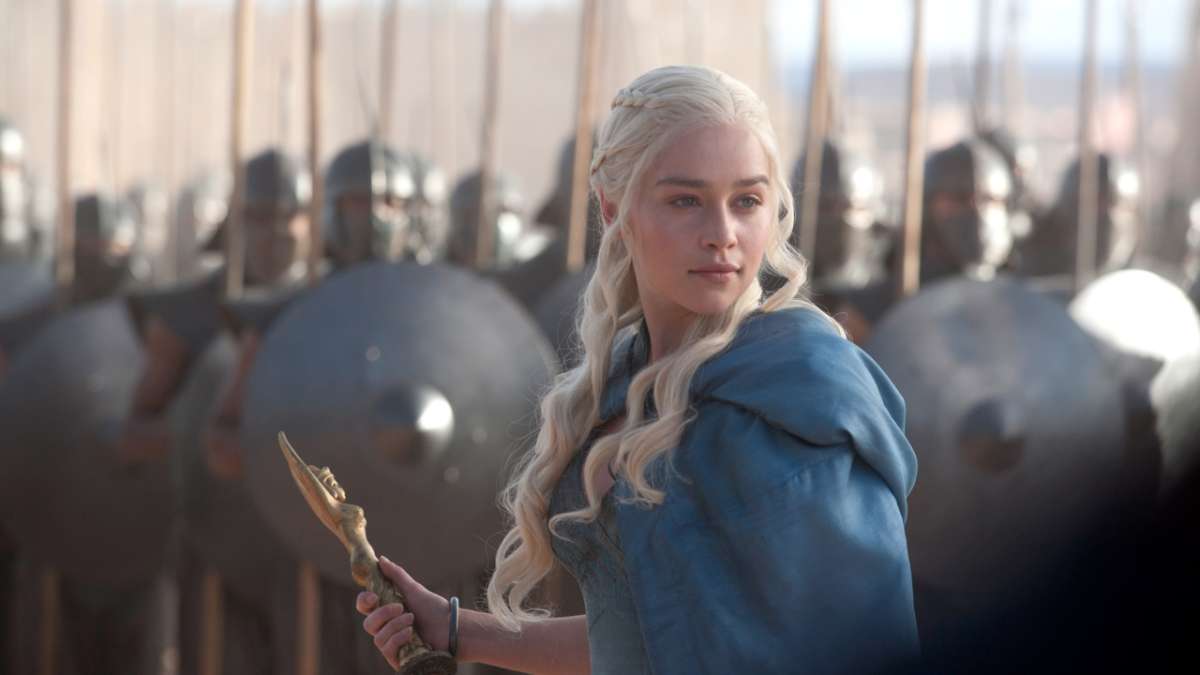 #WinterIsHere Countdown: “And Now His Watch is Ended” (S3E4)

Episode: “And Now His Watch is Ended” (Season 3 Episode 4)

The Night’s Watch takes stock. Dany exchanges a chain for a whip.

After an episode where Jaime loses his hand in one of the more shocking moments of the series, “And Now His Watch is Ended” raises the stakes with Lord Commander Mormont’s death and The Hound’s confrontation with The Brotherhood without Banners, but those moments both pale in comparison to the ending. The viewer doesn’t know what Daenerys is planning when she sells Drogon to Kraznys mo Nakloz in exchange for the Unsullied, but we quickly find out when she says the intimidating command (“Dracarys!”) following a reveal of her knowing what the slave master was saying the entire time when he was insulting her, as High Valyrian is her mother tongue. After the Unsullied kill the slave masters, she earns their loyalty by giving her new army a choice to fight for her as free men, which they do, and not because of the dragons, but because of the Mother of Dragons herself.

“My real father lost his head at King’s Landing. I made a choice… and I chose wrong.” – Theon Greyjoy about Ned Stark

Emilia Clarke’s performance in this episode got her a nomination for Outstanding Supporting Actress in a Drama Series in the 65th Primetime Emmy Awards.

It’s easy to see Daenerys making strides in her quest to take back the Iron Throne as she works her way to Westeros, but this was the best look yet at her power yet. Despite the dragons not being close to full size, they are still basically the Game of Thrones equivalent to weapons of mass destruction, and Dany has no problem using them to kill slave masters or other evilness that stands in her way. Also, she suddenly has an army that will fight for her out of love because she freed them, not because they are forced to. The Mother of Dragons might be ruthless, but her charisma makes her allies happy that they’re allies.