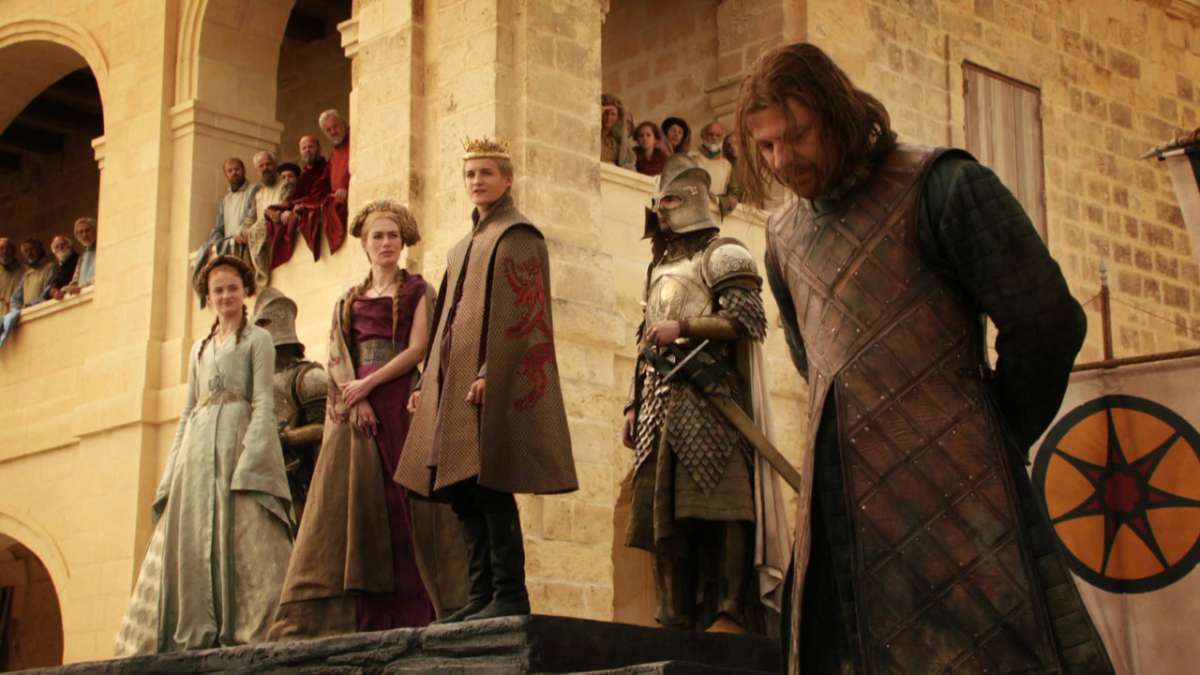 Many that didn’t read George R.R. Martin’s novels and headed into Game of Thrones without knowing anything might’ve thought Ned Stark would end up sitting on the Iron Throne. Even when Ned was brought out to answer to King Joffrey, most probably thought he would be getting out of the situation unscathed and maybe re-unite with Jon at Castle Black. Joffrey had other plans, acting against the wishes of his mother, wife-to-be, and everyone involved that didn’t think executing Ned was the right thing to do. Ned’s death leaves the audience in a state of shock, and it sets the standard of Game of Thrones being a show unlike any other.

“You think my life is some precious thing to me? That I would trade my honor for a few more years…of what? You grew up with actors. You learned their craft and you learnt it well. But I grew up with soldiers. I learned to die a long time ago.” – Ned Stark

The episode title refers to the Great Sept of Baelor, the main religious building in King’s Landing, where the pivotal scene (Eddard Stark’s execution) takes place.

Robb’s victory in the Battle of the Whispering Wood would’ve been the top moment if not for the death of his father later in the episode—one of the most shocking moments of the entire series. “The Young Wolf” played Tywin Lannister and then defeated Jaime Lannister in battle, showing that he was quickly becoming an excellent leader for the Northerners. Robb also didn’t let foolish pride get in the way when Jaime challenged him to a duel to decide the war, smartly responding: “If we do it your way, Kingslayer, you’d win. We’re not doing it your way.”