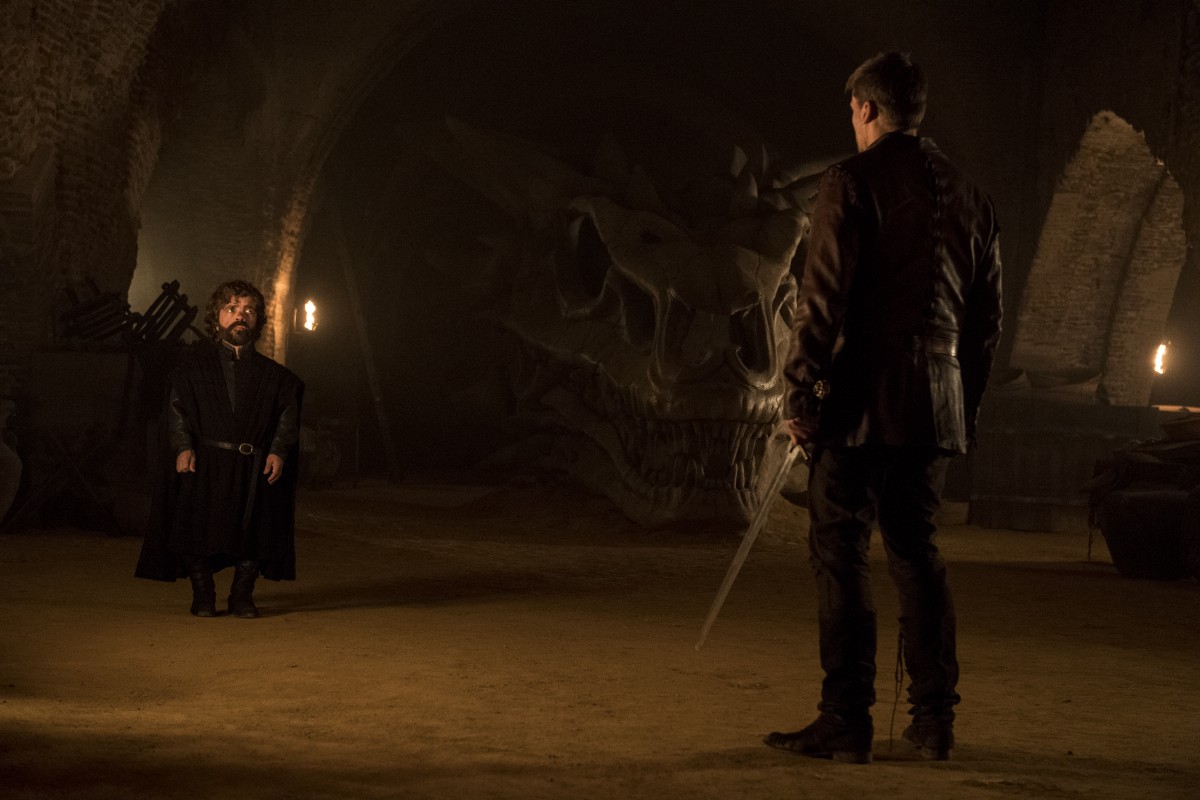 
Previous Episode: “The Spoils of War”

While Tyrion Lannister watched his older brother Jaime Lannister nearly kill his queen then nearly get lit to ashes by Drogon during the Loot Train Attack, they had not seen each other face-to-face since Jaime let Tyrion escape in the Season 4 finale in which Tyrion killed their father Tywin Lannister after he was released. Before, Jaime promised to cut Tyrion into two for what he did if he ever saw him again, but all he had at this moment was dull sparring sword, and he probably still had love for his younger brother despite what happened. However, Jaime was not at all friendly to Tyrion, even when Tyrion attempted to explain that Tywin wanted him dead and how he felt all his life (“Did he think—did he think I wanted to be born this way? Did he think I chose…”), the Lannister knight really did not care. Considering Jaime was basically Tyrion’s only real friend that cared about him his entire life, it was really sad to see the heartbreak on the Tyrion’s face as he appeared to realize the relationship with the person he probably loves most in the world will likely not be salvaged.

“With respect, Your Grace, I don’t need your permission. I am a king. Now, I came here knowing that you could have your men behead me or your dragons burn me alive. I put my trust in you, a stranger, because I knew it was the best chance for my people—for all our people. Now I’m asking you…to trust in a stranger. Because it’s our best chance.” – Jon Snow to Daenerys Targaryen

Gendry’s weapon (a war hammer), is the same type of weapon used by his father Robert Baratheon.

It was very interesting to watch Arya Stark track Littlefinger as he moved through Winterfell, and though Littlefinger did initially seem to feel something might have been up, it appeared “No One” was doing a good job of remaining obscure as she did her spying in the shadows. After Wolkan delivered a scroll Littlefinger requested (the only copy of the scroll) while claiming Lady Sansa Stark thanked the Maester for his service, Arya sneaked into Lord Baelish’s chambers to find out what it said—it was the scroll Cersei Lannister forced Sansa to write to Robb Stark during the War of the Five Kings. From Arya’s perspective, the letter was Sansa betraying her family, which is just what Littlefinger wanted to happen. As Arya emerged from the room and the camera zoomed to Lord Baelish standing in the shadows himself while now watching Arya, it appeared he was still the best at playing “the game.”