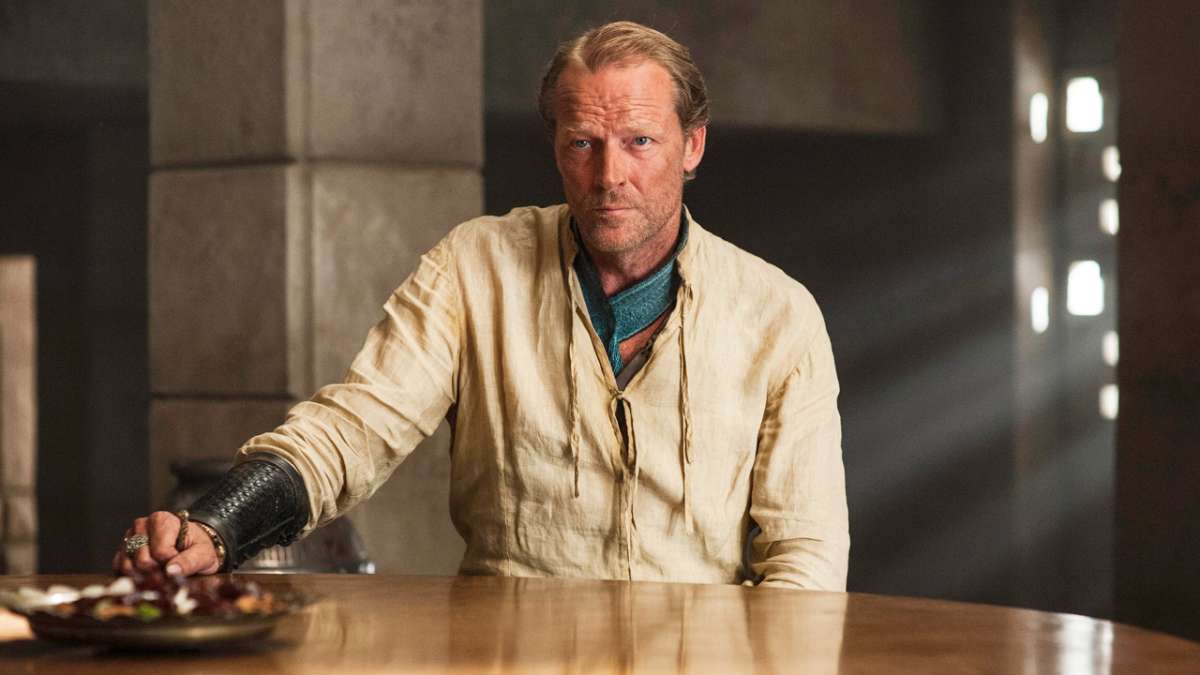 Jon Snow and some of his trusted friends in the Night’s Watch like Grenn and Edd decided to stage an assault on Craster’s Keep to take down the Mutineers that killed Lord Commander Mormont, and there are a few moving parts in the scene. Locke was there posing as a loyal fighter alongside Jon and the others, but he then broke away during the battle and went into the hut that Bran, Jojen, Meera, and Hodor are being held captive because he was to kill Bran for the new Warden of the North, Roose Bolton. However, Bran warged into Hodor and snapped Locke’s neck—something Jaime Lannister probably would have liked to see after Locke took his hand. Then, Bran yelled out to Jon during the battle, hoping to get his brother’s attention so they can be reunited after everything that’s happened to their family; but Jojen reminds Bran his purpose is to find the Three Eyed Raven, which Jon likely would not let him do. With the Night’s Watch winning the battle, the Stark bastard then confronted the dirty-fighting Karl, who might have delivered a fatal blow to Jon if not for Sissy (one of Craster’s wives) stabbing him in the back, allowing Jon to put Longclaw through the back of Karl’s head. The Raid on Craster’s Keep was some avengement for the murder of Lord Commander Mormont, and it was also nice to see Jon reunite with Ghost at the conclusion of the fight.

“I will do what Queens do… I will rule.” – Daenerys Targaryen

The episode title is a reference to the naming standard used for kings of Westeros. The newly crowned King Tommen is now known formally as: King Tommen of the House Baratheon, First of His Name, King of the Andals and the First Men and Lord of the Seven Kingdoms.

With King Joffrey dead, Daenerys had the opportunity to strike King’s Landing and attempt to take the Iron Throne. She did have an army of Unsullied, the Second Sons, and three soldiers in Jorah Mormant, Barristan Selmy, and Daario Naharis that are better fighters than perhaps anyone for the Crown, and there might not be a better time to attack. After taking advice from her trusted allies and receiving news that the liberated cities of Yunkai and Astapor have been taken back over, Dany decides she must be more than just the Mother of Dragons: “How can I rule Seven Kingdoms if I can’t control Slaver’s Bay? Why should anyone trust me?” Despite the opportunity to grab power and the Iron Throne, Daenerys makes the wise and unselfish decision that she must first further prove she can rule. If she had invaded King’s Landing, she likely would have only been ruling by fear, and things would have unfolded much differently.