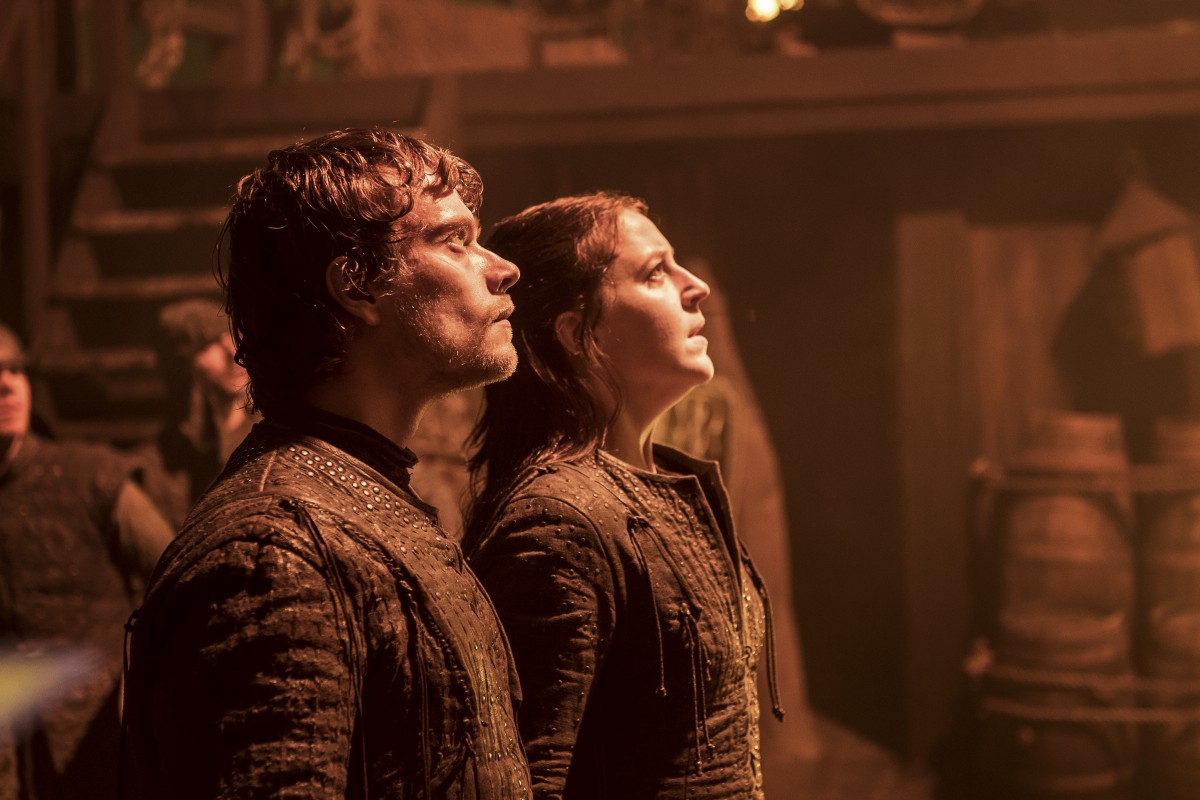 Jon Snow giving the North to Sansa, and Melisandre arriving at Dragonstone and telling Daenerys Targaryen, Tyrion Lannister, and the others of Jon being King in the North and talking of the “prince that was promised” are among the best moments in “Stormborn”, but Arya Stark finally seeing Nymeria again takes the top moment. Arya had not seen her direwolf since all the way back in Season 1, when she attacked Prince Joffrey Baratheon, forcing the young Stark to shoo the loyal companion away so she would not be killed. When the wolf pack surrounded Arya, Nymeria stepped into view and was recognized by her. Because Arya was finally headed home to Winterfell after learning Jon took it back from the Boltons, she wanted her direwolf to come back too. However, Nymeria created a life of her own and bowed away, which Arya understood. Arya’s “that’s not you” is a direct reflection back to Season 1 when she told Ned Stark “that’s not me” when her father talked to her of becoming a prototypical lady. Her direwolf’s connection is living the same way she lives, even if it means they won’t be together.

“You’re a dragon. Be a dragon.” – Olenna Tyrell to Daenerys Targaryen

Tyrion Lannister’s strategy to take Casterly Rock, the home of House Lannister, which would be a strategic and big symbolic win, was the same plan Robb Stark had right before his death at the Red Wedding.

Euron Greyjoy promised to bring Cersei Lannister a “gift” before he returned to King’s Landing, and he promptly delivered by attacking Yara Greyjoy’s ship, which had Ellaria Sand on board. The attack was brutal, and it showed that the brash Greyjoy is more than just a big mouth. After disposing of Obara and Nymeria Sand, Euron then got the better of his niece and was able to get the ax to her throat and hold her hostage. While the chances might not have been great to help his sister, Theon Greyjoy had a chance to make good for times Yara saved him; but his “Reek” instincts kicked in, and he became frozen before jumping overboard. Euron’s taunting and menacing laugh was hysterical, and it said it all about what just went down. The acting from Alfie Allen (Theon), Gemma Whelan (Yara), and Pilou Asbæk (Euron), in the final moments of the episode was outstanding.