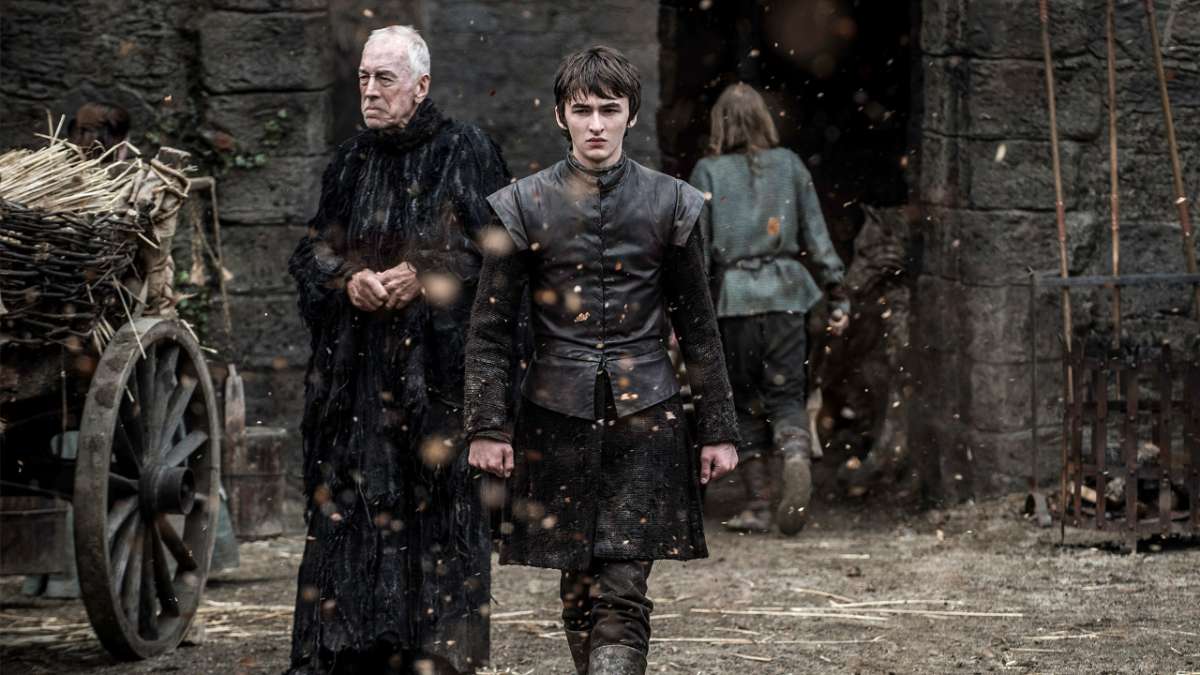 
Previous Episode: “Book of the Stranger”

Tyrion seeks a strange ally. Bran learns a great deal. Brienne goes on a mission. Arya is given a chance to prove herself.

With the Night King and his army on their way to the cave after marking Bran in a vision, the Three-Eyed Raven is trying to give his successor as much information as possible, so they are at Winterfell when Ned is a kid. However, the White Walkers are geared up and arrive, forcing Meera, Hodor, and Leaf to try to get Bran and escape because he won’t wake up from the vision. The Night King goes inside to kill the Three-Eyed Raven while the others run, and Summer and Leaf both sacrifice themselves to slow the wights down. Meera and Hodor reach the exit with Bran still in the past, and he sees young Hodor there, and the two lock eyes while Meera—back at the cave—is yelling for present-day Hodor to “hold the door” against the wights so she and Bran can escape. That causes the past Hodor to somehow be warged by Bran, and he has a seizure, repeating the line “hold the door” while actually doing so in the present. As the present-day Hodor is clawed at by the army of the dead, the young Hodor in Winterfell keeps repeating “hold the door,” which keeps getting shorter and shorter to just simply, “Hodor.” Bran watches helplessly as a sad musical score plays to the credits.

“A girl has been given a second chance. There will not be a third.” – Jaqen H’ghar

With Summer’s death, only two Stark direwolves are still alive: Nymeria (Arya’s) and Ghost (Jon’s). Jon is the only one still in possession of his, as Arya set Nymeria loose to spare her of being put down after biting Joffrey.

The Night King had a pretty significant win marking Bran to take out the Three-Eyed Raven, but things would have been a lot worse if not for Hodor’s heroics to allow Bran and Meera to escape. The best part about his sacrifice was that the gentle giant was often too afraid to jump into action, so Bran would have to warg into him. However, this time, the past-day Hodor is somehow warged into, but present-day Hodor is holding the door on his own accord, saving his friends in his final moments as a true hero.