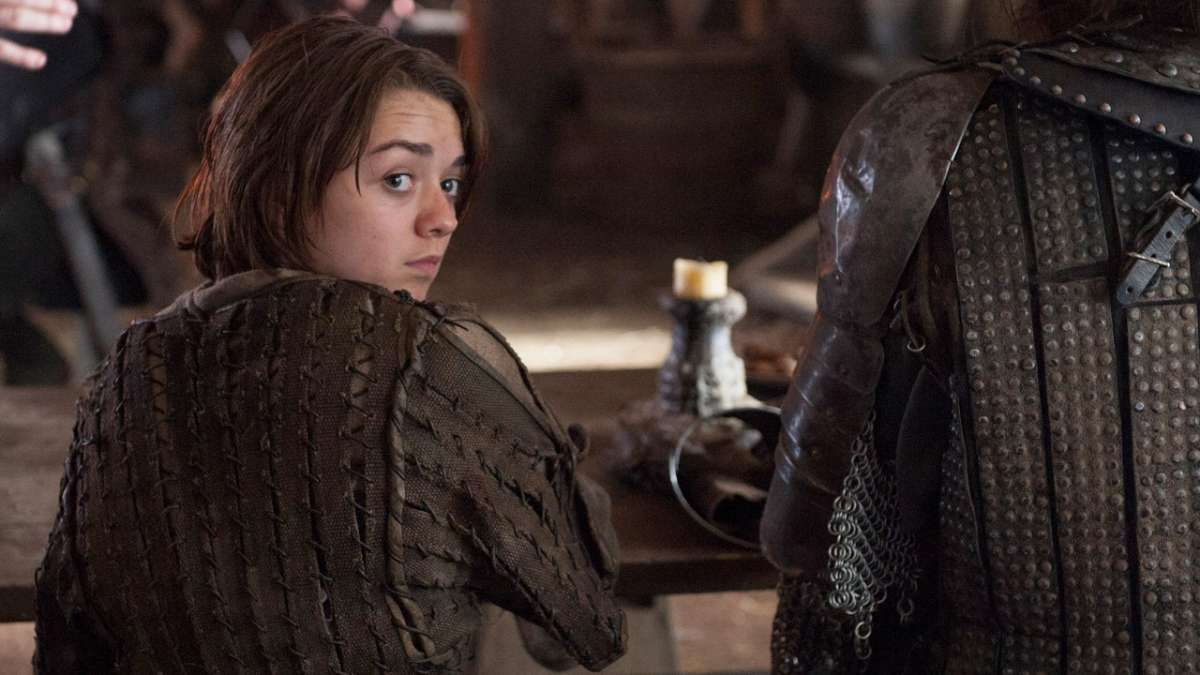 Best Moment: The Hound and Arya fight the Lannister men

Arya Stark hasn’t had much luck over the first three seasons of the show, and that of course hit a low after the Red Weeding, as she was so close to reuniting with Robb and Catelyn. Things begin to change when she and The Hound run into Polliver and some Lannister men in “Two Swords”, though. The hungry duo first go into the tavern without conflict, but when Polliver—who has Arya’s sword Needle from when she was captured with Gendry and Hot Pie—doesn’t stop talking and angers Sandor Clegane, a fight breaks out, with the Hound and Arya killing all the men. It was fitting that the final blow was Arya taking her sword back and mocking Polliver before stabbing him through the throat like he did to Lommy. Then, the episode ends with The Hound and Arya riding off—each on their own horse with chicken in hand.

“Tell your father I’m here. And tell him the Lannisters aren’t the only ones who pay their debts.” – Oberyn Martell

Diana Rigg’s (Olenna Tyrell) surprised exclamation towards Gwendoline Christie’s (Brienne) height, when the latter approached her table, was quite genuine. Rigg was aware the Christie was taller than most women, but was unprepared for just how tall. The producers kept it since it fit in so well with her character.

“Two Swords” saw Sandor Clegane at his absolute best, as not only do we get to see him in action against some bad guys, but he’s also funnier than ever. First, The Hound makes fun of Arya and everyone else that names their swords, but it becomes increasingly apparent that he is a good-hearted person. The young Stark was complaining about not having a horse of her own, but after they fight and kill the Lannister men, he trusts her to ride by herself when they take their horses. Clegane also says how a man must have a code, and he didn’t steal from King Joffrey before leaving because he’s not a thief.