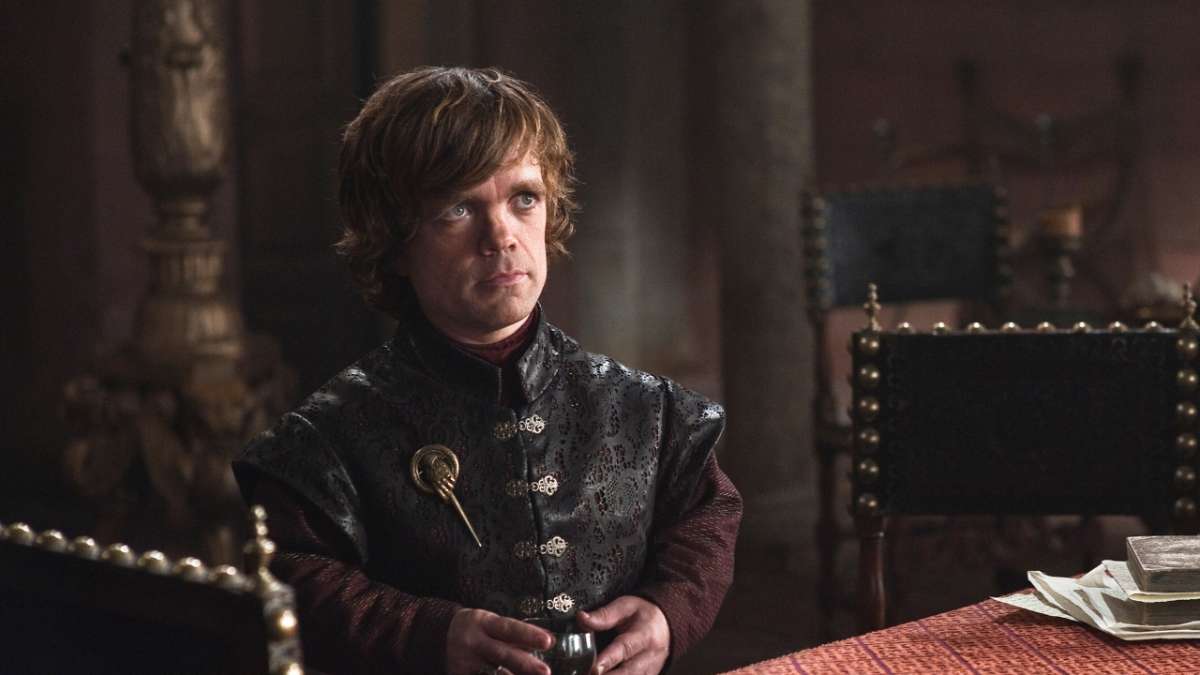 #WinterIsHere Countdown: “What Is Dead May Never Die” (S2E3)

As one of Robb Stark’s closest men, Theon was sent to the Iron Islands in an effort to get his father to join the North against the Lannisters, but Balon Greyjoy basically turns the choice on Theon by somehow making him feel bad for growing up in Winterfell—even though it wasn’t his choice. Unfortunately, he turns on Robb, burning the letter he was going to write before consecrating his faith to the Drowned God with Balon and Yara watching, which is a powerful scene, despite what many may think of Theon betraying the family he grew up in.

“Power resides where men believe it resides. It’s a trick. A shadow on the wall. And a very small man can cast a very large shadow.” – Varys to Tyrion Lannister

The note that Theon writes to Robb, which is only briefly shown before he burns it, reads: “Robb, My father has rejected the offer and plans to attack the North, raiding the shores and taking Deepwood Motte. Mobilize your army and make for the North before it’s too late. I’ll write again when I can. Theon”.

Th acting Hand in his father’s stead, Tyrion Lannister certainly makes his mark while he has the role, and he’s the MVP for the second episode in a row. After getting rid of Janos Slynt in “The Night Lands”, Tyrion wants to get the others he can’t trust out of the small council. To accomplish this, he tells Varys, Littlefinger, and Maester Pycelle that Princess Myrcella is to wed in order to form an alliance, but he tells all three a different partner, assuring them that Cersei must not find out (but knowing that whoever he can’t trust will tell her). The plan works perfectly, as Pycelle runs to the queen and informs her of the secret proposal, thus giving himself up as untrustworthy once Cersei confronts Tyrion.