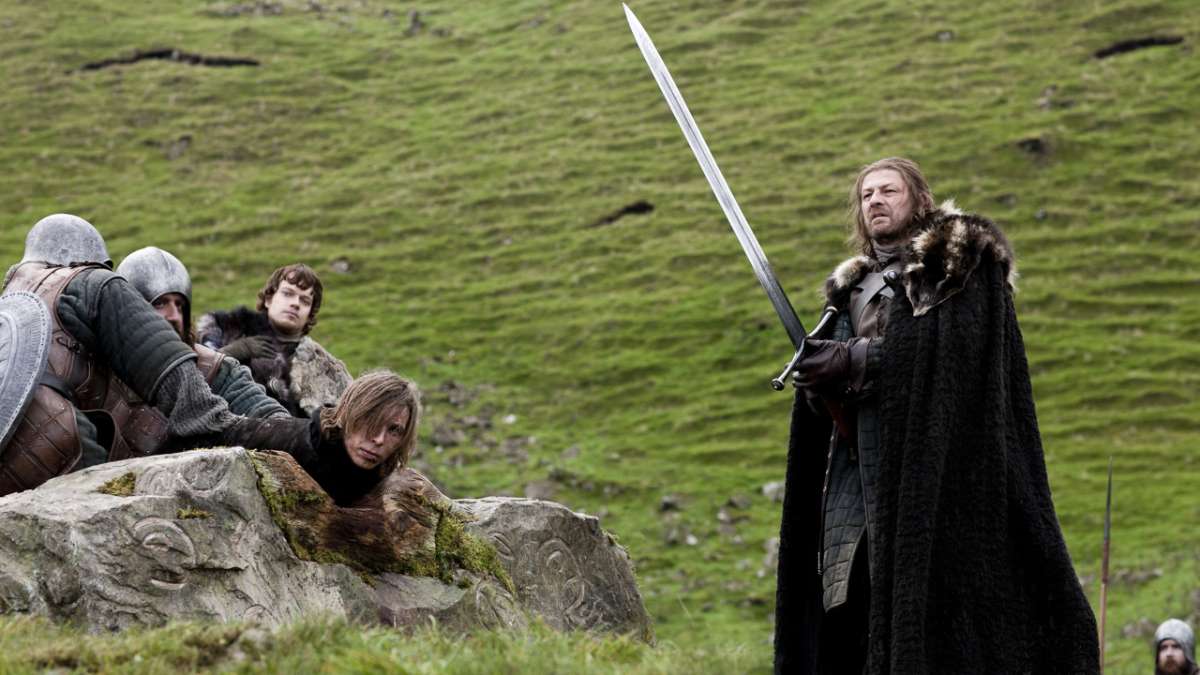 
December has arrived, so #WinterIsHere. Over the next three months, we will have a countdown of sorts for the entire Game of Thrones series, including the best moment, best quote, trivia, and more for each episode, starting with the series premiere, “Winter Is Coming”. Of course, there will be full spoilers for all 67 episodes, so if you’ve yet to start or catch up on GoT, you should do that first to join the rest of the realm this winter—perhaps the last full winter while the show is still on the air.

The pilot episode is full of great moments—Ned beheading the Night’s Watch deserter, Jon Snow talking to Jaime and Tyrion Lannister, the discovery of the direwolf pups, the Dothraki wedding—but the ending was the first of many Season 1 moments that made viewers realize Game of Thrones was different. When Bran catches Cersei and Jaime together, the Kingslayer feels he has no choice but to push the young Stark to what he believed would be his death, setting off a chain of events that still hasn’t fully come to fruition heading into the final six episodes of the series.

“Let me give you some advice, bastard. Never forget what you are, the rest of the world will not. Wear it like armor and it can never be used to hurt you.” – Tyrion Lannister to Jon Snow

The scene, where everyone in Winterfell gathers to welcome Robert Baratheon, is the only scene in the entire series where the whole Stark family is seen together.

It doesn’t take long for Ned Stark to become a fan-favorite, as he is selfless, fair, wise, and of course honorable, among other things. The Warden of the North handles things himself (“The man who passes the sentence…”), which instills strong values in his children, and he accepts King Robert’s request for him to be his Hand because he knows he’s the only one that can protect him. There are many “grey” characters in GoT, but Ned Stark is not one of them; even those who dislike him have to respect him.