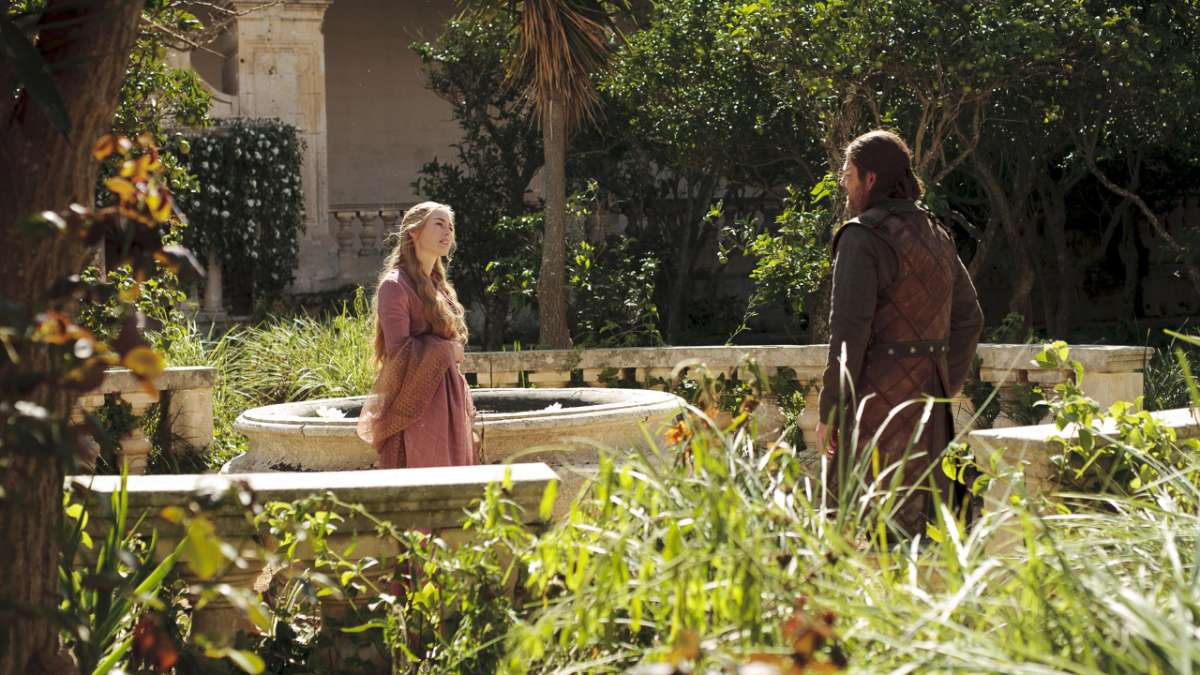 #WinterIsHere Countdown: “You Win or You Die” (S1E7)

Game of Thrones is filled with jaw-dropping, chill-inducing moments throughout the entire series, but the ending to S1E7 remains a standout after 67 episodes. The viewer has no idea what Ned Stark is walking into when his presence is requested by Cersei and Joffrey in the Throne Room following King Robert’s death, but Littlefinger and Janos Slynt both assure him that the City Watch is behind him. Unfortunately, we soon find out that’s not the case, as Ned’s men are attacked and murdered, and before a hobbled Lord Stark knows what happened, Littlefinger holds a blade to his neck and establishes himself as the biggest snake of all time, saying, “I did warn you not to trust me.”

“When you play the game of thrones you win, or you die. There is no middle ground.” – Cersei Lannister

Charles Dance (Tywin Lannister) learned to skin a real stag in his very first scene. According to D.B. Weiss and David Benioff, the scene was shot for about 50 takes.

A lot of characters stood out in this episode, including Jon Snow when he takes his Night’s Watch vows, Khal Drogo when he makes a powerful speech about traveling to Westeros, and Tywin Lannister’s introduction as perhaps the most powerful man in the world, but the MVP has to be either Cersei or Littlefinger. Peter Baelish is the more ambitious of the two, but he gets little more than a promotion for turning on Ned Stark, while the Queen—despite her secret being discovered by Ned—basically seizes control of the Seven Kingdoms after the death of her husband King Robert. On a re-watch, it’s easy to see that Cersei was in complete control when Lord Stark ordered for her and her children to be captured, as she almost smiles at how naïve the honorable Ned Stark is.