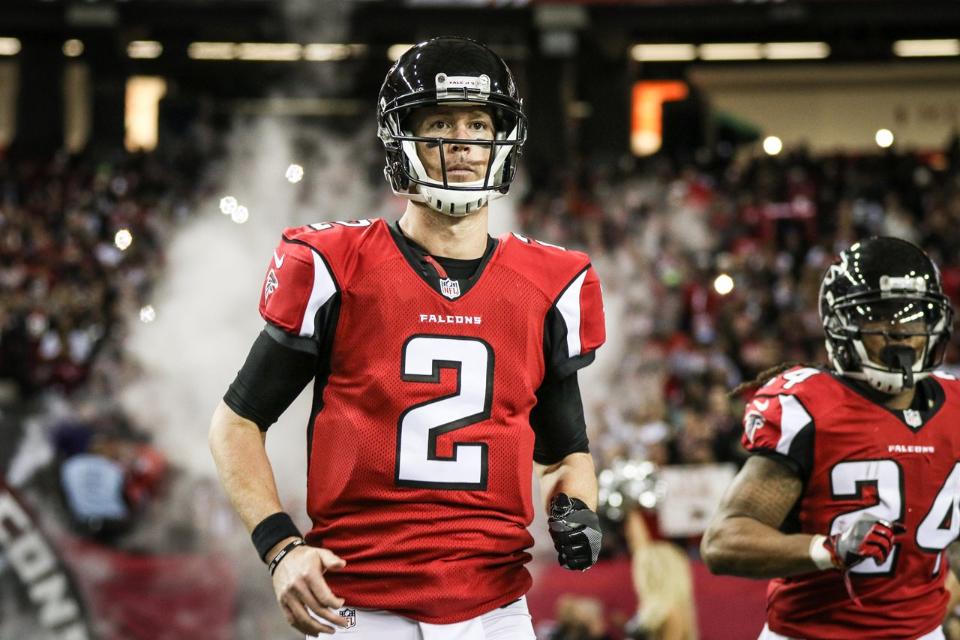 This is one of the closest MVP races I can remember. Tom Brady, Aaron Rodgers, Dak Prescott, Le’Veon Bell, and others are all great candidates, but Matt Ryan stands out because of his consistency. Brady obviously missed the first four games and if he had not he likely would be my pick for MVP. 28 touchdowns and two interceptions (an NFL record for TD/INT ratio) is simply amazing, but Ryan was also tremendous. Ryan threw for 4,944 yards, 38 touchdowns, and seven interceptions, with a 69.9% completion percentage, and a 117.1 quarterback rating (fourth highest in a season in NFL history). His numbers look great, but you had to watch Matty Ice play this season to appreciate his excellence. Ryan was pinpoint accurate all over the field. His deep ball was truly on another level this season. He navigated the pocket—and outside of it—as well as anyone in the league, throwing with precision even when his feet were not perfectly set. Ryan would have had even bigger numbers if the offense (33.8 points per game, most in the NFL by far) didn’t put people away in games so quickly. In year two of his new offense, Matt Ryan played as well as any player in the NFL.

Offensive Player of the Year: David Johnson | Cardinals running back

This award is always hard to choose, but no one can argue with David Johnson—the man owned on the highest percentage of fantasy football championship rosters. Johnson had 293 carries for 1,239 yards and 12 rushing touchdowns, with 80 receptions for 879 yards and four receiving touchdowns while on a below-average Cardinals team, becoming the first players since LaDanian Tomlinson in 2006 to have 2,000 scrimmage yards and at least 20 total touchdowns. Tomlinson won the NFL MVP that season.

Defensive Player of the Year: Vic Beasley | Falcons outside linebacker

Beasley led the league with 15.5 sacks this season, two more sacks than Von Miller—also a candidate for DPOY. Landon Collins was a beast this season and really improved in coverage, but I gave the nod to Beasley. The Falcons’ second year outside linebacker had six forced fumbles on the season, making a huge impact and terrorizing opposing offenses.

Offensive Rookie of the Year: Ezekiel Elliott | Cowboys running back

OROY was not as easy of a pick as it may seem. Chiefs wide receiver, Tyreek Hill, was right behind Elliott in my opinion (so was Elliott's quarterback, Dak Prescott). Hill had 12 touchdowns, getting a couple of NFL records to have his name alongside the great Gale Sayers in the process. Despite the case made by Hill and Prescott, Elliott easily led the league in rushing as a rookie, gaining 1,631 yards on 322 carries with 15 touchdowns on the ground. The Cowboys offensive line no doubt makes things easier for Elliott, but a player that averages 5.1 yards per carry as a rookie on 300+ carries is pretty good.

Despite missing four games, Bosa should get Defensive Rookie of the Year. While in the case of Brady, it was hard to give him MVP with Matt Ryan playing out of his mind, Bosa had much less competition for DROY than there was for MVP. Bosa had 10.5 sacks in his 12 games, putting the early season holdout behind them as the Chargers head into 2017 when the third overall pick in last year’s draft may make a push for Defensive Player of the Year already.

The easiest award to choose, Jordy Nelson came back from his torn ACL to lead the league in touchdown receptions. Aaron Rodgers’ number one receiver put up 97 catches for 1,257 yards and 14 touchdowns.

My first instinct was to go with Adam Gase for Coach of the Year, so that is the guy I am going with. Bill Belichick and Andy Reid were also great candidates, but considering I—and most other people—did not think the Dolphins would be any good, it’s hard not to go with Gase. The one knock on Gase is that he benched Jay Ajayi to start the year, but perhaps Ajayi would not have ran away with the starting job like he did in Weeks 5 and 6 if Gase didn’t bench him to start the year.