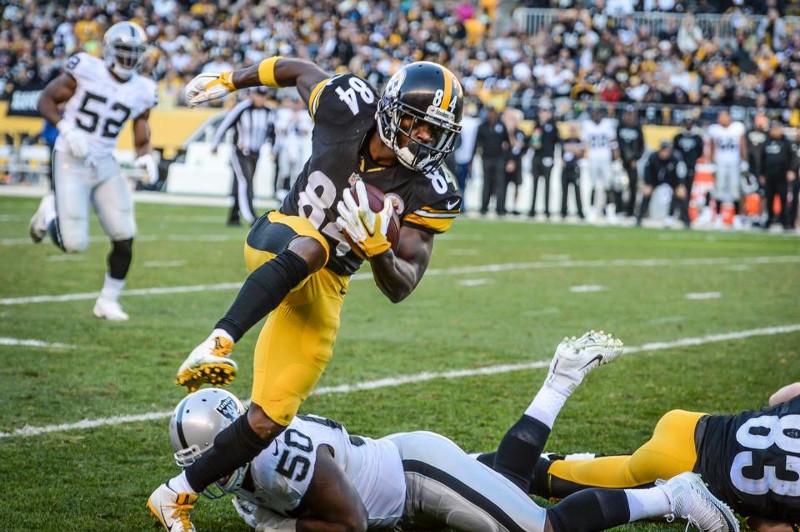 Brady will come back from his suspension with vengeance on his mind. The Patriots will go 12–0 upon his return, and show no mercy in the process.

I think Brown is going to have the best season by a WR ever. It doesn’t matter if the defense double-covers him, triple-covers him, or has all eleven lined up in front of him. The guy is literally impossible to defend.

Mack will prove the year that he’s arguably the best defensive player in the league, taking the Raiders to the playoffs in the process.

I wasn’t sold on Zeke until I saw him take on the Seahawks in the preseason. Dude took it to Kam Chancellor, and the Legion of Boom was clearly mad. Chancellor gave a compliment after the exhibition, saying it would have been a “blood-bath” if they played the whole game. More of the same should come in the regular season.

The rookie out of UCLA is going to do it all for the Jaguars defense. Jack covered Nelson Agholor in college; he’s that good. If he stays healthy, this could be a rookie year for the ages.

A year removed from his torn ACL, Nelson will step right back into the Packers lineup as Aaron Rodgers favorite weapon. One of the best wideouts in the league, Jordy will quietly put up another 1,500 yards and 12 touchdowns.

Coach of the Year: Andy Reid

Kansas City will easily get double-digit wins in 2016. Reid will get a first-round bye and his fourth NFL Coach of the Year award.

I agree — Tom Brady will come back and go 12–0. He probably won’t even throw any interceptions. He will be even more locked in than usual and destroy teams in the process. He will show no mercy. Typing this out makes me realize I’m terrified to be matched up against him as the opposing quarterback in fantasy football.

25+ touches per game is pretty much a lock. Maybe he will be more involved in the passing game to get him in space, instead of 25 carries per game, but either way Gurley will be fed the rock. And he should put up some monster numbers.

Well I think the Raiders are going to make the playoffs, and Mack will be a big part of that. He has been a beast early and his career and just keeps getting better.

Behind the Cowboys O-line? Man, that’s gonna be tough to stop. If ‘Zeke stays healthy, there is no reason he can’t break Eric Dickerson’s rookie rushing record of 1,808 yards.

So Joseph is behind Reggie Nelson and Nate Allen on the depth chart, but he could still make an impact. It might not be before long that he starts, and he could make a huge impact for the Raiders.

Again, I agree on Jordy Nelson. Partly because he’s an underrated player by many, and partly because he has Aaron Rodgers throwing to him. Look for Jordy to be catching bombs from Rodgers all year.

Coach of the Year: Mike Zimmer

I wanted to go with Andy Reid, but since I have the Vikings as the number one seed after losing their starting quarterback, I had to go with Zimmer. The Vikings have a top roster, and will look to make some nosie this year, despite losing Teddy.