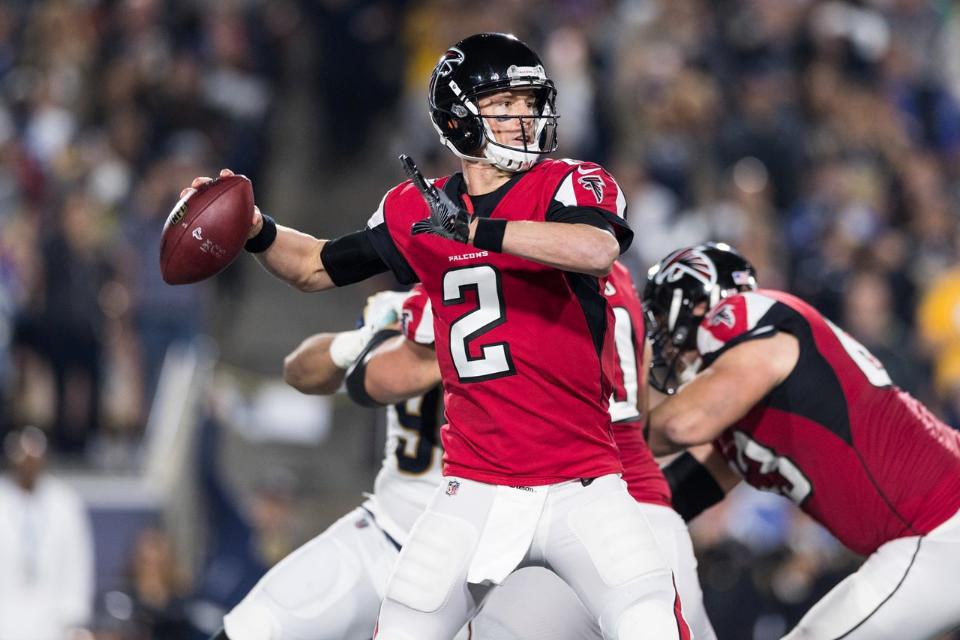 
After four awesome games during Wild Card Weekend, the Divisional Round will hopefully deliver four more as the top two seeds from each conference enter the picture. These power rankings are only ranking the teams remaining in the playoffs and those that were just eliminated over the weekend. For thoughts on teams that didn’t make the playoffs, check out my end of regular season power rankings.

The Patriots were banged up offensively to end the regular season, but the week off might have given Rex Burkhead, James White, Chris Hogan, and Mike Gillislee all enough time to be available for the Divisional Round. While many fans and those in the media are dismissing the Titans as a viable opponent, that’s not something the actual team will be doing as they look to advance their 12th conference championship since 2001.

The safest bet among anything this weekend is that the Vikings’ awesome U.S. Bank Stadium will be going crazy for its first hosted playoff game. The homefield advantage over Drew Brees and the Saints could go a long way, but the offense is going to need to play well. Minnesota basically dominated the Week 1 matchup between these two teams, but a lot has changed since then. Sam Bradford and Dalvin Cook being out is among the biggest differences, and we’ll see how Case Keenum plays in his first playoff game.

Many people were down on the Falcons entering the postseason for whatever reason, but they looked like a team that has been there before and knew what they were doing—because they just made a run to the Super Bowl last season. Their big-game experience—especially that of the quarterback and 2016 league MVP—should not be taken for granted. However, the Eagles might present the most difficult matchup for Matty Ice and the Falcons if they’re able to get a good pass rush going.

Moving down a spot is nothing against the Steelers, but I would have had the Falcons higher last week if not for a matchup against a tough Rams team I was not sure they would get past. Unless the Jaguars really have Ben Roethlisberger’s number, it would be a surprise if the veteran quarterback had a similar performance to his five-interception game back in Week 5. Pittsburgh’s offense has clearly gotten better and more explosive since the beginning of the season, but the defense will have to show they can stop the run without Ryan Shazier.

Drew Brees might not have had his greatest statistical season in terms of throwing for a ton of yards or touchdowns, but he was still an elite quarterback that has New Orleans looking scary right now. The offseason addition of Ted Ginn Jr., which Sean Payton said was worth a couple of wins because they got him from a division rival, certainly paid off in the playoffs. Ginn’s deep touchdown in the first half against his former team might have been the difference in the five-point victory.

There has never been a one seed as an underdog in the Divisional Round—until now with the Eagles. You can bet the team will be fired up about being home dogs at a place they went 7-1 at this season en route to the conference’s top seed, and the Falcons look like a good matchup for them. Last season, the Eagles dominated in Lincoln Financial Field, 24-15, so there might be ultra-confidence mixed with a chip-on-the-shoulder for being counted out.

The Titans are already being counted out by many people, as some want to blame the Chiefs for a collapse instead of giving the Titans credit for coming back and winning the game. Marcus Mariota was a superb 7/7 on third-down conversions in the Wild Card win, he doesn’t make mistakes in the red zone (40 touchdowns, 0 interception in his career), and he can create fits for defense when scrambling. The Pats should be the favorites, but I don’t think the Titans should be discounted when they have a quarterback that can put the team on his back.

During Sunday’s win over the Bills, it appeared Blake Bortles said, “what am I doing?” when going off the field after an inaccurate pass. The cameras did just happen to catch it by chance and maybe it should not be a big deal, but if the quarterback isn’t confidence it might be a long day against some of the NFL’s best teams. The running game and defense might need to make a lot of plays to advance to the AFC Championship.

Sean McVay’s first season in Los Angeles was a huge success that should have the Rams on the path to perennial NFC contenders. Basically, they proved a ton of people wrong. Jared Goff showed the hot-take artists that he wasn’t a bust after seven games, and McVay showed that he could command an NFL team as the youngest head coach in the history of the league. Rams fans should be excited moving forward.

The start of the Wild Card matchup with Tennessee could not have gone much better for Kansas City, and they looked like the team that did whatever they wanted against New England to open the regular season. But they couldn’t get anything going in the second half, and it ended up lot like their December 2016 loss to the Titans. Looking ahead to next season, they have a potentially elite player waiting in the wings, but Alex Smith continues to show he is a top-tier quarterback. It might not be wise to part ways with Smith, but we’ll see what happens—and he’ll have a ton of suitors if the Chiefs decide to go with Mahomes.

The firing of offensive coordinator Mike Shula along with quarterbacks coach Ken Dorsey was a bit of a surprise, as I thought the offense was multiple and difficult to stop when it was on. However, there were certain points when the offense really struggled, and Christian McCaffrey probably should have gotten the ball in his hands a lot more than he did. Norv Turner’s name being thrown out there as a potential offensive coordinator is interesting, and he’d obviously be a strong hire as the Panthers look to get the most out of Cam Newton.

As a team many thought were “tanking” before the season, the Bills had a heck of a season. The defense didn’t play well at times, but they were able to get into defensive battles when it was that type of game, and they were opportunistic for much of the year; that side of the ball should be very good with Sean McDermott as the head coach, but Buffalo needs to revamp the offense a bit this offseason.