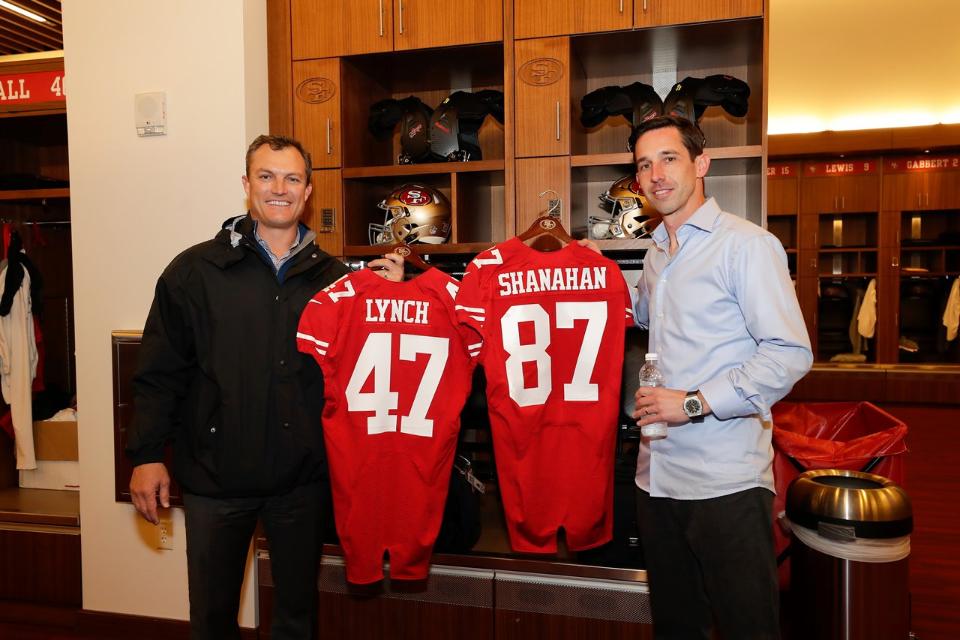 
The Jets and 49ers are just two of many teams looking for a quarterback this offseason. Who should be at the top of their lists for this year's draft class?

Webb spent the first three years of his college career at Texas Tech before transferring to Cal to take over for last year’s #1 overall pick Jared Goff. He should be faced with a big learning curve after playing in a spread offense for four years, and will need to improve on his downfield throwing to make it in the league.

Where we’d take him: 6th round

College football fans should know Dobbs from his time at Tennessee after some exciting finishes for the Vols in 2016, including a Hail Mary against Georgia. Dobbs is an athletic quarterback with the ability to make plays in and out of the pocket, but needs to improve his accuracy as a pro. The right situation could unlock his upside.

Where we’d take him: 5th round

The stats don’t look great at all, but Beathard should have an easier time than others transitioning to the league after playing in a pro-style system at Iowa. Beathard should be able to make a team as a middle-round pick and could quickly turn into a solid backup.

Where we’d take him: late 4th or early 5th round

The #1 quarterback for many draft analysts, we would not spend a day one pick on Kizer. Notre Dame was 4-8 in Kizer’s only season as the full-time starter, and it included some ugly losses for the Fighting Irish. The inexperienced quarterback was also benched throughout the year, often showing extremely questionable decision-making. Kizer has some tools to work with, but teams will be making a mistake if they think he will come in and save the franchise.

Where we’d take him: early 3rd round

Many know that Chad Kelly is the nephew of Hall of Fame quarterback Jim Kelly, but Kelly the younger has some surprising character concerns. Before settling in at Ole Miss, Kelly had a few altercations in and out of football, and was kicked off Clemson after the 2013 season. If he checks out off the field, teams will be getting a guy that can play in and out of the pocket. With the right coaching staff that will be able to get him to slow things down, Kelly could make the most out of his big arm and elite toughness.

Where we’d take him: mid 2nd round

Like Chad Kelly, Mahomes II is a bit of a free-style quarterback. He was given freedom to make plays at Texas Tech, but he won’t get away with half the stuff he did in college at the NFL-level. Teams will have to try to figure out if Mahomes II is coachable enough to spend an early pick on; if they do—and he is (coachable)—then he could develop into a really good starting quarterback. Mahomes II will probably have to clean up his mechanics, but his accuracy from all different throwing positions should bode well for his chances.

Where we’d take him: early-mid 2nd round

A three-year starter for the Hurricanes, Kaaya owns a career 69:24 touchdown-interception ratio playing in a pro-style offense. Kaaya ended his college career on a high-note, with games of 396 yards and four touchdowns against Duke and 282 yards and four touchdowns against West Virginia in the Russell Athletic Bowl, both easy wins. Whoever drafts Kaaya will love the guy, and he should be able to handle whatever the coaching staff throws at him.

Where we’d draft him: early 2nd round

Peterman has been getting some buzz recently, and it’s deserved, as he sits at #3 in our pre-Combine rankings. The former Pitt Panther played in a pro-style system and might actually be the most NFL-ready passer in this class. Some might remember that Peterman beat Clemson this year, throwing for five touchdowns and zero interceptions in a 43-42 victory.

Where we’d take him: late 1st round

Trubisky was great in his first and only season as the starter, but can that be trusted? It would have been interesting to see what college coordinators would have been able to do with a year to pick apart Trubisky’s game, but the junior made the jump to the NFL, which was probably a smart move. It looks like Trubisky has all the tools to be a good starting quarterback, but like all of these guys, the situation will matter. A place like Arizona would be perfect for him if Bruce Arians stays past this season.

Where we’d draft him: mid-late 1st round

It still seems crazy that Watson is not considered a first round lock after his illustrious Clemson career that was capped off with a National Championship. Watson has everything you want in the face of your franchise: intelligence, high-character, arm strength, accuracy, toughness, clutch play, and more. The guy started his career by playing with a torn ACL and ended it with one of the greatest performances of all-time in the Tigers’ win over Alabama. People have pointed to the interceptions, but that didn’t stop Jameis Winston from being the #1 overall pick a couple years ago. Quarterback-needy teams will regret not picking Watson this April.

Where we’d draft him: top-five