Home / frontnfl / 2017 NFL MVP Odds Are Out: Candidates And Darkhorses 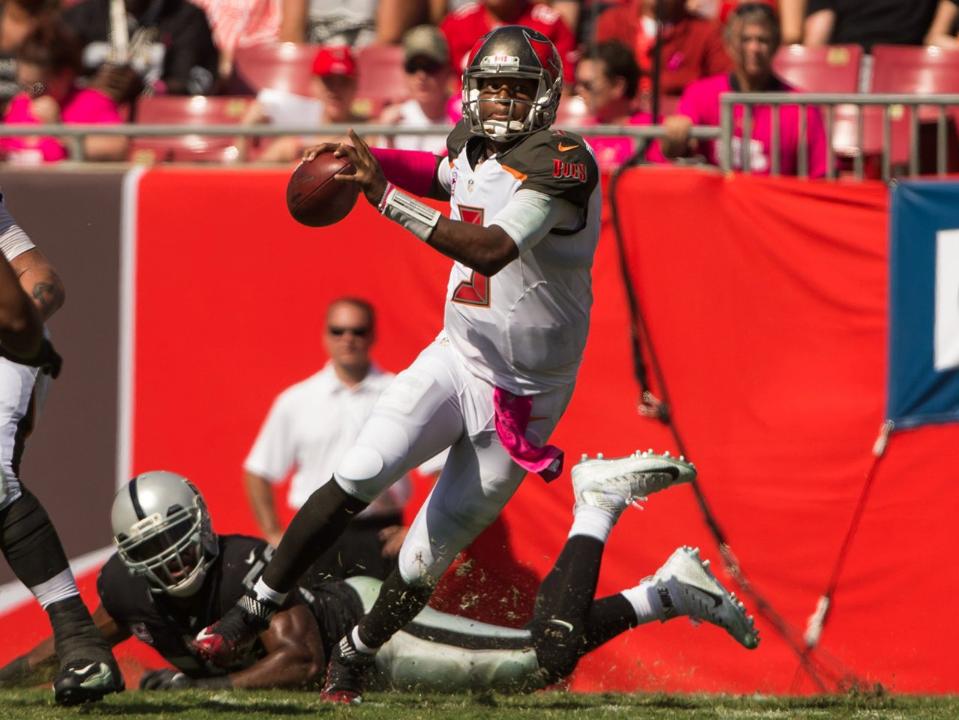 2017 NFL MVP Odds Are Out: Candidates And Darkhorses


Yesterday, Bovada released their odds for 2017 NFL Most Valuable Player, with Tom Brady, Aaron Rodgers and Derek Carr coming in as the top three. Last year’s MVP Matt Ryan comes in down at seventh with +1600 odds—not a bad bet at all despite only four players in league history winning back-to-back MVPs. Here are the full odds from Bovada:

We have your #NFL MVP odds available now! Who do you think will take it this year? Lines available here: https://t.co/Y6xUppFZrc pic.twitter.com/u1IT9x4ryb

Guys higher up on the list are naturally going to have a better chance of winning MVP, but there are some solid candidates besides the obvious choices. Excluding the top ten, these are a few players that could surprise and win league MVP in 2017.

Despite the Cardinals struggling with a sub-par season in 2016, David Johnson was thought of as an MVP candidate for much of the year. The talented back is certain to get a ton of touches once again in 2017, which will make fantasy owners happy and help him put up some huge numbers. Johnson himself has stated that 1,000 yards rushing and 1,000 yards receiving in a season is a big goal of his, and it’s a possibility for him. If he accomplishes that and the Cardinals get back to where they were in 2015, DJ could be the first running back to win MVP since AD in 2012.

The humble quarterback from Hawaii is off to a great start to his career, throwing 45 touchdowns and just 19 interceptions while helping take the Titans from two wins before he got there to nine wins last season. With Corey Davis and Eric Decker among the additions on offense for Tennessee, they might open things up more for Mariota in his third season. If they keep progressing, the Titans, led by their quarterback, might ascend into the upper tier of the AFC, which would mean MVP consideration for the third-year quarterback.

Because I am high on the Vikings heading into this season, their quarterback is someone I consider an MVP candidate. Bradford should probably be a lot higher than his 17th ranking according to the Bovada MVP odds. If you watched the ultra-accurate Bradford play last season, you’d have to feel pretty good about his chances to be a top MVP candidate in 2017. If Minnesota’s additions on the offensive line and at running back help keep Bradford upright and bring balance to the offense, the former Heisman winner could be looking at an MVP season.

The likely future Hall of Famer might have the best and deepest supporting cast of his career this season. The Chargers are stacked at receiver and tight end, and they’ll be tough to cover if they all stay healthy. He needs to limit the interceptions after he threw the most in the NFL last season, but if Rivers leads his team to the playoffs while playing in perhaps the toughest division in football, he’d be a solid candidate for MVP.

It is very shocking that Jameis Winston comes in with the 25th best odds for MVP. While I probably would not rank him in the top ten for MVP favorites, I thought for sure that the odds makers would have had him in there or at least close. Winston has a lot of toys to play with on offense, and has already thrown for 4,000 yards in each of his first two seasons. If the former Florida State Seminole limits his turnovers and leads the Bucs to an NFC South crown over the Falcons, Winston might add an MVP to his resume.

While these two young running backs aren’t on the top 42 provided by Bovada, both these players could step into the NFL’s elite in 2017. No receiver has ever won Most Valuable Player, so we’re looking at a couple of backs for darkhorse candidates. Ajayi and Gordon are really extraordinary runners, and they both might put up some crooked numbers this season.