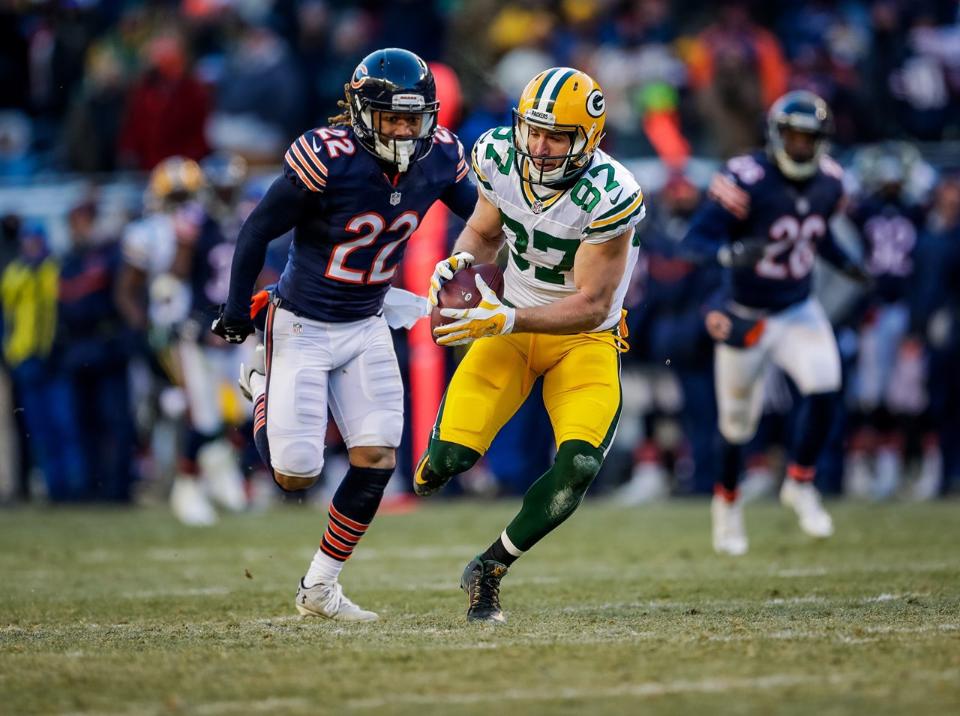 
Every year there are players that don’t make the Pro Bowl. Last year the big one for me was Allen Robinson, who somehow wasn’t voted in after catching 80 passes for 1,400 yards and 14 touchdowns. Fortunately, he made it as an alternate. This year, most of the snubs will get in as alternates—but that doesn’t make it right.

Nelson is having a historic year after missing the 2015 season with a torn ACL. Jordy has 82 catches for 1,037 yards, and leads the league with 12 touchdowns. Also, the entire offense is back on track after struggling without him a year ago. Perennially the most underrated receiver in the league, we’re going to have some problems if Jordy isn’t Comeback Player of the Year.

So the league-leader in touchdown catches is a no… and the league-leader in passing yards and passing touchdowns is out, too? Brees leads the league with 4,559 passing yards (199 more than second-place Kirk Cousins) and 34 touchdowns (two more than Aaron Rodgers and Matt Ryan). Dak Prescott is having a great year, especially for a rookie, but Brees deserved the nod over him. The future Hall of Famer looks like he will win our Twitter poll, but I think Jordy was easily the biggest snub.

Gordon has been the focal-point of the offense for San Diego, and leads the AFC with 61 first downs to go along with his 10 touchdowns. Pretty impressive considering he basically missed the last two games with a hip injury (he left early in Week 14 and didn’t play in Week 15). Gordon has picked up tough yardage all season facing stacked-boxes.

As you saw in the Twitter poll, Jordan Howard has just 12%, but I would have absolutely given him the spot behind David Johnson and Ezekiel Elliott in the NFC. Devonta Freeman got the third spot, but it’s debatable whether he’s even the best running back on his own team (I would take Tevin Coleman). All Howard has done as a rookie is rush for 1,059 yards and average 5.0 yards per carry, which is fourth in the league and more than Ezekiel Elliott behind Dallas’ offensive line. Hopefully Howard gets recognition as an alternate—and he probably has some more Pro Bowls in his future.

Stafford leads the league and set a record in a season for 4th quarter comebacks, and has been efficient without an all-time great in Calvin Johnson for the first time in his career. I think Brees deserves the third spot, but Stafford should have gotten in over Dak Prescott, too.

In his first season with Baltimore, Weddle has fit right in with the Ravens defense. The star safety has four interceptions, a forced fumble, 11 pass breakups, and 81 tackles. He’s really stabilized the secondary as Baltimore fights for a playoff spot.

Lee is second in the league with 140 tackles and leads a good defense on a team that will probably get the #1 seed in the NFC. There are a lot of good linebackers in the NFL, but Lee deserved a spot on the NFC Pro Bowl roster.

Blount leads the league with 15 touchdowns, and has been a constant force in the New England offense through Tom Brady’s suspension to now. Perhaps the 4.0 yards per carry is hurting him, but his yards per carry might be higher if he wasn’t used and successful in so many short-yardage opportunities.

“Snacks” Harrison is having a great first season in New York as the anchor of the Giants defense. The G-Men are in position for a playoff spot, and it’s because the defense.