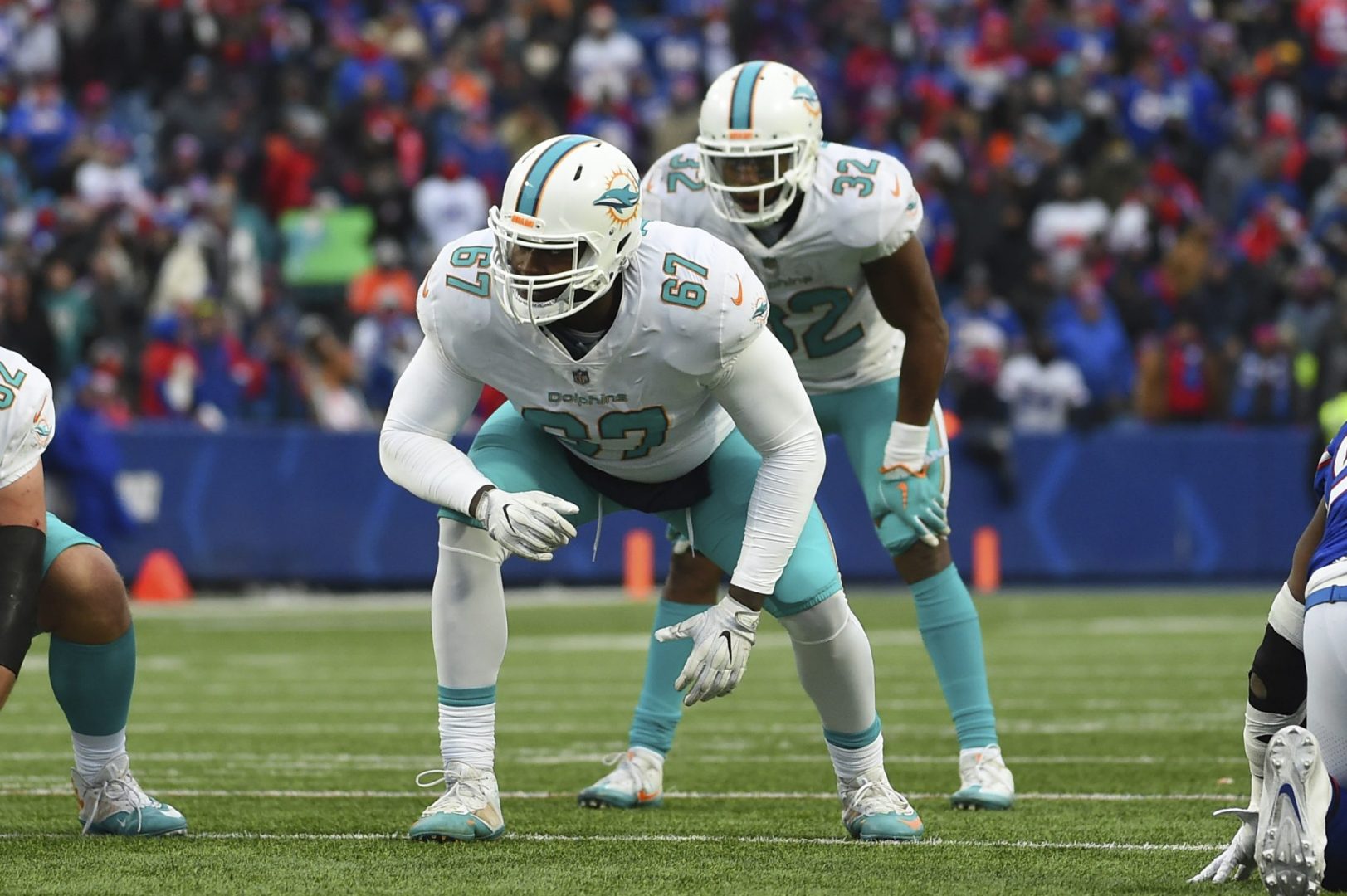 
The 2018 AFC East Roster Roundup continues with the new-look Miami Dolphins. Can Adam Gase’s squad return to the postseason this year?

Last year, Miami shook up the running back room by trading Jay Ajayi in the middle of the season, but Kenyan Drake showed plenty of promise in six starts with 20 touches and 107 total yards per game. This offseason, the Dolphins have signed future Hall-of-Famer Frank Gore and drafted Kalen Ballage to create a potential three-headed monster with complimentary skillsets. Miami is also really strong at safety.

The Dolphins could use some help on the right side of the offensive line, but the left side is very strong with Laremy Tunsil and veteran Josh Sitton, so the middle of the defensive front will likely be the team’s biggest weakness. I like 2017 fifth-round pick Davon Godchaux, and Jordan Phillips is also a solid piece, but the depth behind them isn’t great. The rest of the defense will need to do their part against the run.

There isn’t much uncertainty on Miami’s roster, but the receivers are in a unique situation after Danny Amendola and Albert Wilson both got paid this offseason. DeVante Parker is locked in on the outside, but perhaps Kenny Stills will be used more as a situational deep threat to get Amendola and Wilson on the field at the same time in a short-area passing attack. Also, Amendola might be used sparingly in the regular season so he’s healthy for a potential playoff run.

Over. Miami is tied with a few other teams for the second-lowest win total in the NFL (only behind Cleveland’s 4.5 projected wins), but they have a really good coach and a ton of depth up and down the roster. First-round pick Minkah Fitzpatrick should be a playmaking force all over the formation on defense, and Ryan Tannehill—though coming off a torn ACL—should be extremely comfortable in Adam Gase’s offense. Don’t be surprised if the Dolphins compete for and earn a playoff spot like they did in 2016.