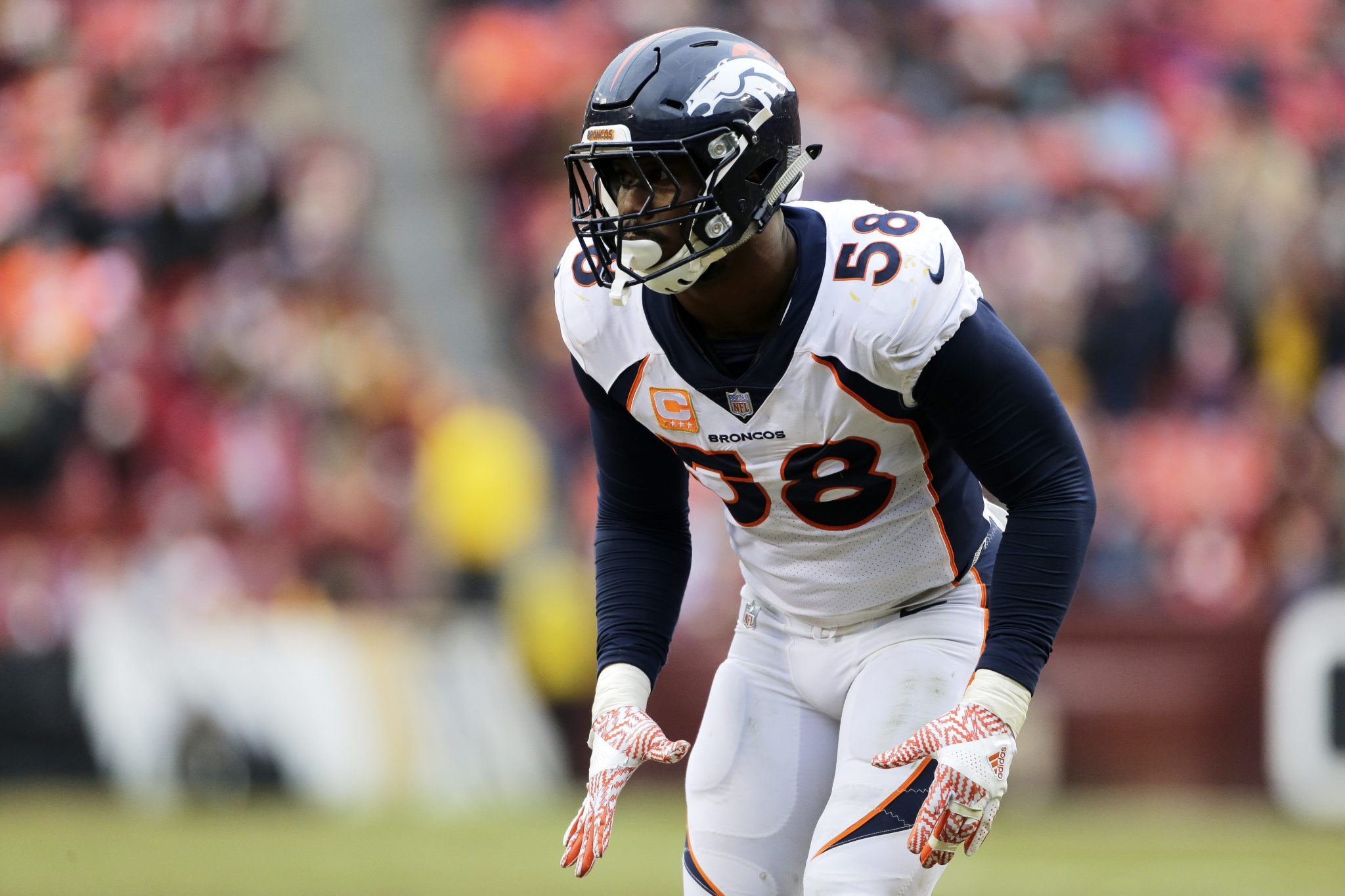 
Is Denver’s roster strong enough for new signal-caller Case Keenum to capture some magic again and get them back into the playoffs?

This is an easy one, as the Broncos were ecstatic to see Bradley Chubb sitting there at No. 5 in last month’s draft, and the elite edge prospect will form a deadly tandem with arguably the best sack artist in the NFL—former Super Bowl MVP Von Miller. Plus, Denver has Shane Ray, Shaquil Barrett, and undrafted rookie Jeff Holland (if he makes the team) coming off the bench to keep everyone fresh.

I think the Broncos could run a lot of three- and four-wide sets in 2018 to get rookie receivers Courtland Sutton and DaeSean Hamilton on the field, but the offense will still need more out of the tight ends if they are going to get back to the postseason. Jake Butt was thought of as a potential first-round pick before tearing his ACL in the Orange Bowl two years ago, so hopefully he’s 100% and ready to contribute after “redshirting” last year. But even with other intriguing players behind him, this group has a lot to prove.

Devontae Booker has been unable to stay healthy since entering the league, but Denver apparently loves him and was going to make him the starter over C.J. Anderson last year before he was injured. Now, Anderson is gone, but the team drafted Royce Freeman in the third round, and he will undoubtedly push for playing time immediately. I think this will end up turning into a committee with Booker handling most of the work (including as a receiver) with Freeman mixing in as a change-of-pace, between-the-tackles option.

Under. The Broncos have been trending down since winning the Super Bowl with a 9-7 record followed by a 5-11 record over the past two years, but they should feel a lot better about competing again this fall after signing Case Keenum and drafting Bradley Chubb. That said, they are in a stacked division and face a difficult schedule overall, and head coach Vance Joseph will be facing a ton of pressure after the team failed to meet expectations in 2017.