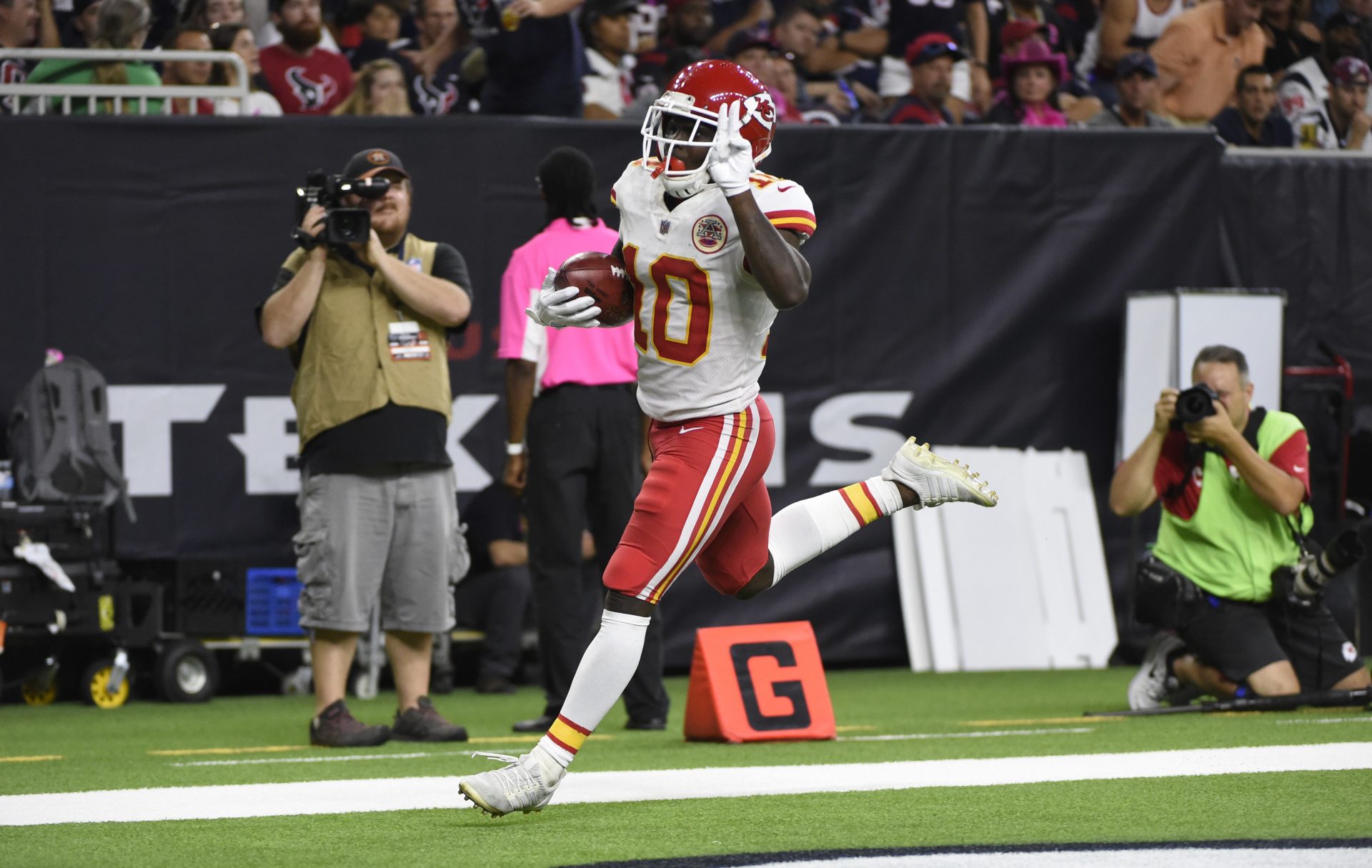 
Can the Chiefs compete for a playoff spot with a retooled roster that no longer has Alex Smith—a legitimate MVP candidate—at the controls on offense?

Could the Chiefs have the fastest group of receivers in NFL history? I think they might, as Tyreek Hill has shown his game-breaking speed on numerous occasions, Sammy Watkins is an elite deep threat, and Chris Conley ran a 4.35 40-yard dash a few years ago. Hill and Watkins in particular will be an absolute terror for opposing defenses, especially with strong-armed Patrick Mahomes under center.

Kansas City has a quality tackle combination with Eric Fisher and Mitchell Schwartz, but the three linemen between them are probably average at best. The offense won’t be able to reach their high expectations if running lanes are tough to come by for Kareem Hunt and Patrick Mahomes feels consistent pressure up the middle in his first year as the starter.

Eric Berry is obviously going to be starting at one safety spot, but next to him, it should be a wide-open competition between Robert Golden, Daniel Sorensen, Leon McQuay III, and rookie Armani Watts. I thought Watts was a good value for the Chiefs on Day 3, but he might need some time before becoming a full-time player; instead former Steeler Robert Golden—who played well when given the opportunity to start for Pittsburgh—could be the best fit with Berry.

Over. I think Andy Reid might have made a mistake by trading Alex Smith, but last year’s tenth-overall pick has all the pieces around him to be successful immediately with Hunt, Watkins, Hill, and Travis Kelce; on paper, they have a chance to be the most explosive offense in the league. Defensively, the Chiefs should be much better up the middle after signing Anthony Hitchens, and they are banking on potential with first- and second-year players like Tanoh Kpassagnon, Derrick Nnadi, and Breeland Speaks.