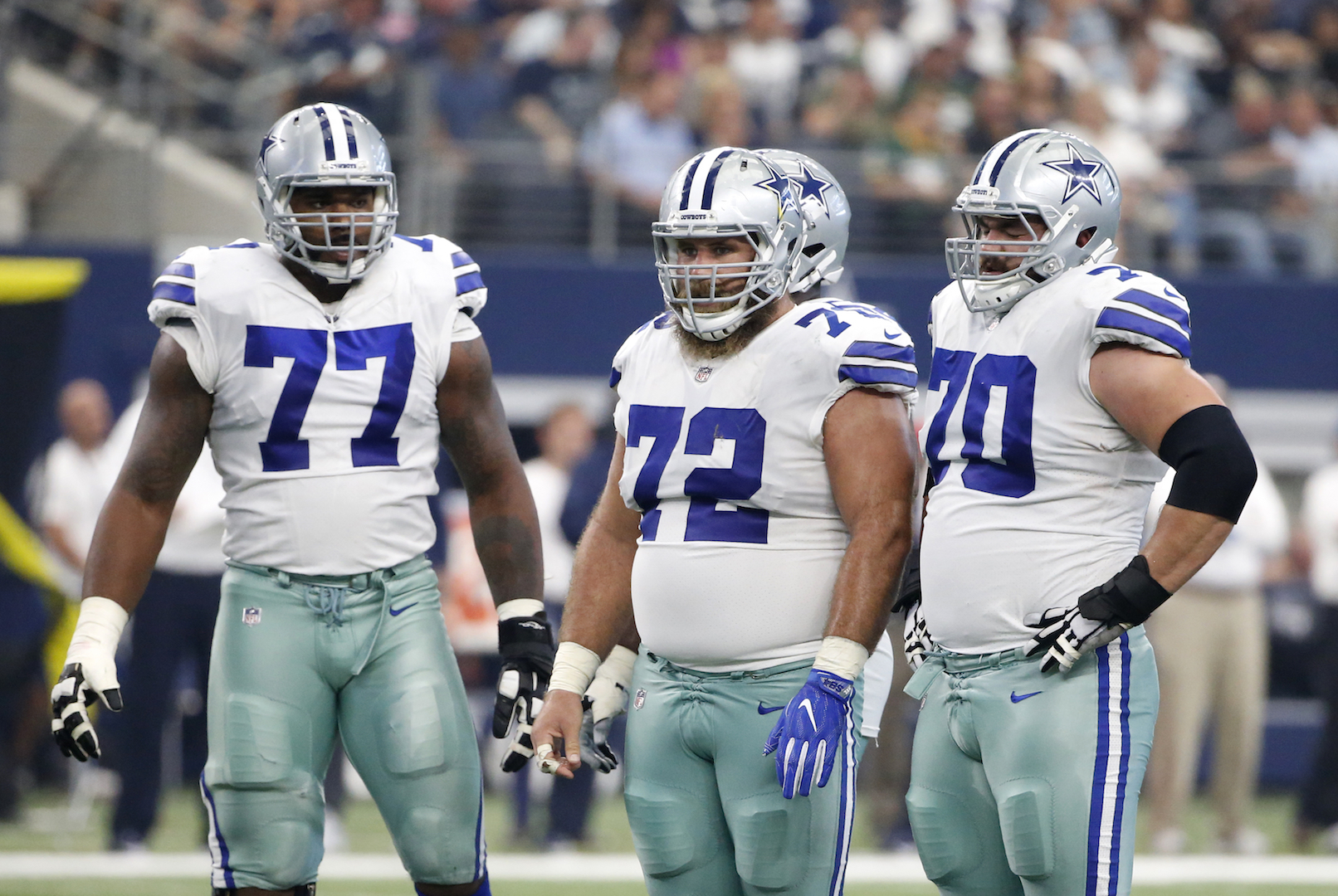 
Does Dallas have the roster to finally take the next step under head coach Jason Garrett?

As has been the case over the past few years, the Cowboys are built around the strength of their loaded offensive line; and the scary part for the rest of the NFL is that they might have their best unit ever this season when you consider both the starters and the depth behind them. Second-round pick Connor Williams is expected to slide in a left guard, but the team could also put La’el Collins there with former Patriot Cameron Fleming starting at right tackle.

I agree with Dak Prescott’s recent comments about not needing a No. 1 receiver, but it could be difficult for Dallas to move the ball without dominating in the running game in 2018 because of the lack of proven skill-position players besides Zeke. At wide receiver, the Cowboys at least have some depth so one of a handful of guys could emerge, but Jason Witten’s retirement leaves a big hole at tight end. We’ll see if someone could step up to make opportune plays for Dallas.

Byron Jones is switching from safety to cornerback and should be a clear starter on one side, but spots could be up for grabs around him this summer. I think second-year players Chidobe Awuzie and Jourdan Lewis should be considered the favorites to start, but Anthony Brown has shown flashes in the past and could push for a job on the outside.

Over. The Cowboys won nine games in 2017 as they dealt with the Ezekiel Elliott saga, and despite releasing Dez Bryant and seeing Jason Witten retire, I think they have a better overall roster—particularly on the defensive side of the ball—than a season ago. Look for Dallas to run Zeke into the ground if that’s what it takes to compete in the division.