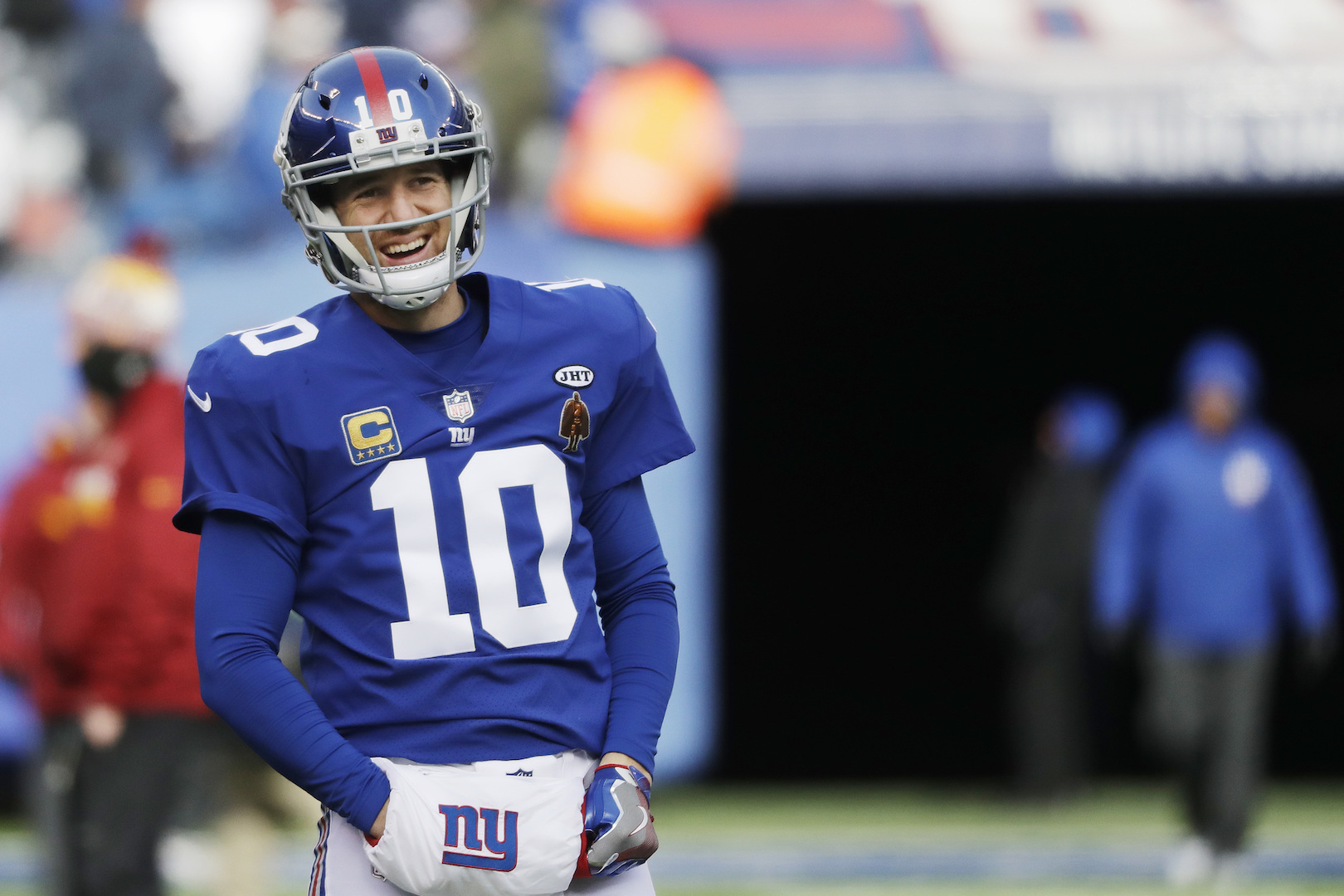 
The Giants only won three games in 2017, but their roster looks to have improved significantly under a new regime.

I know he hasn’t even stepped on an NFL field yet, but it’s probably fair and accurate to say Saquon Barkley will be New York’s strength as a franchise-changing talent and person. The focal point of Pat Shurmur’s offense has a chance to immediately be one of the best running backs—and overall players—in the league. Plus, the Giants have two tremendous options behind him in veteran Jonathan Stewart and second-year back Wayne Gallman.

The Giants addressed the position by trading for Alec Olgetree in the offseason, but inside linebacker is still the biggest concern on the roster for me. I think B.J. Goodson has the potential to be a solid starter, but he hasn’t proven it yet. And unless there is a surprise breakout player in camp, New York only has special teamers Ray Ray Armstrong and Mark Herzlich for depth.

New York is going to want to run the ball a lot in 2018, and they will need a physical offensive line to be successful. Brett Jones was the team’s starting center last season, but Jon Halapio is bigger and better in the running game, so he could have an edge this summer under a new coaching staff.

Over. I don’t think anyone had a better offseason than the Giants did after hiring Pat Shurmur, signing a franchise left tackle, and drafting the best player in the draft—but the big moves aren’t the only ones that will pay dividends. Look for Day 2 picks B.J. Hill and Lorenzo Carter to help bring the defense back to 2016 form, which combined with Barkley on the other side of the ball, could be enough to reach 8-8 or better.