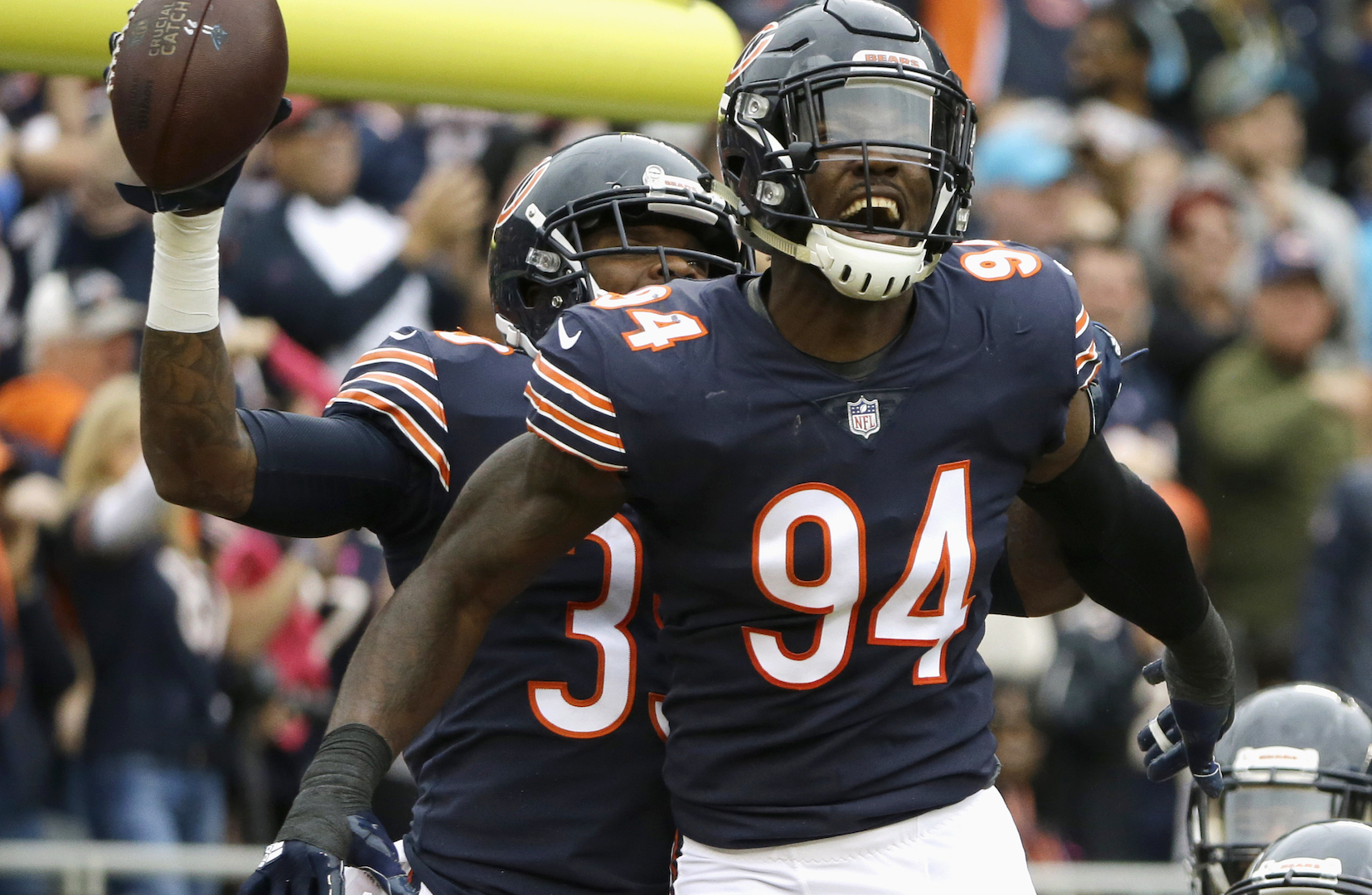 
What kind of success can we expect out of Chicago’s roster in 2018 after some big-name offseason additions like Allen Robinson?

Chicago is really strong at a few positions—wide receiver, interior offensive line, inside linebacker, safety—but the running game centered around Jordan Howard should be the strength of the team again. The former fifth-round pick is well on his way to being the next historic Bears running back after rushing for a combined 2,435 yards and 15 touchdowns over his first two seasons. And behind him, Tarik Cohen (aka “The Human Joystick”) should be difficult to contain in Matt Nagy’s offense this fall.

Overall, I think depth is the biggest concern for Chicago’s roster, but the particular position I’m most worried about is outside linebacker. Leonard Floyd is a rising superstar, but he’s missed 10-of-32 games so far in his career, and the team didn’t add much behind him in the offseason. Perhaps Aaron Lynch will have a career resurgence, but I’m not counting on it.

Allen Robinson was signed to be “the guy” for Matt Nagy’s attack, but roles are up for grabs behind him. Former No. 7 overall pick Kevin White could have one more chance to stay healthy and live up to his potential with the Bears, but Taylor Gabriel and second-round pick Anthony Miller are considered the favorites for playing time. I think the rookie should be locked into the slot, but White might be able to rotate with Gabriel across from Robinson if he shows well in camp.

Over. The Bears have one of the most underrated defenses in the NFL, and first-round pick Roquan Smith could help the unit go from “very good” to “great” if everyone stays healthy. Offensively, look for Mitchell Trubisky to make a jump similar to Jared Goff in 2017 with a new coaching staff and great weapons around him.