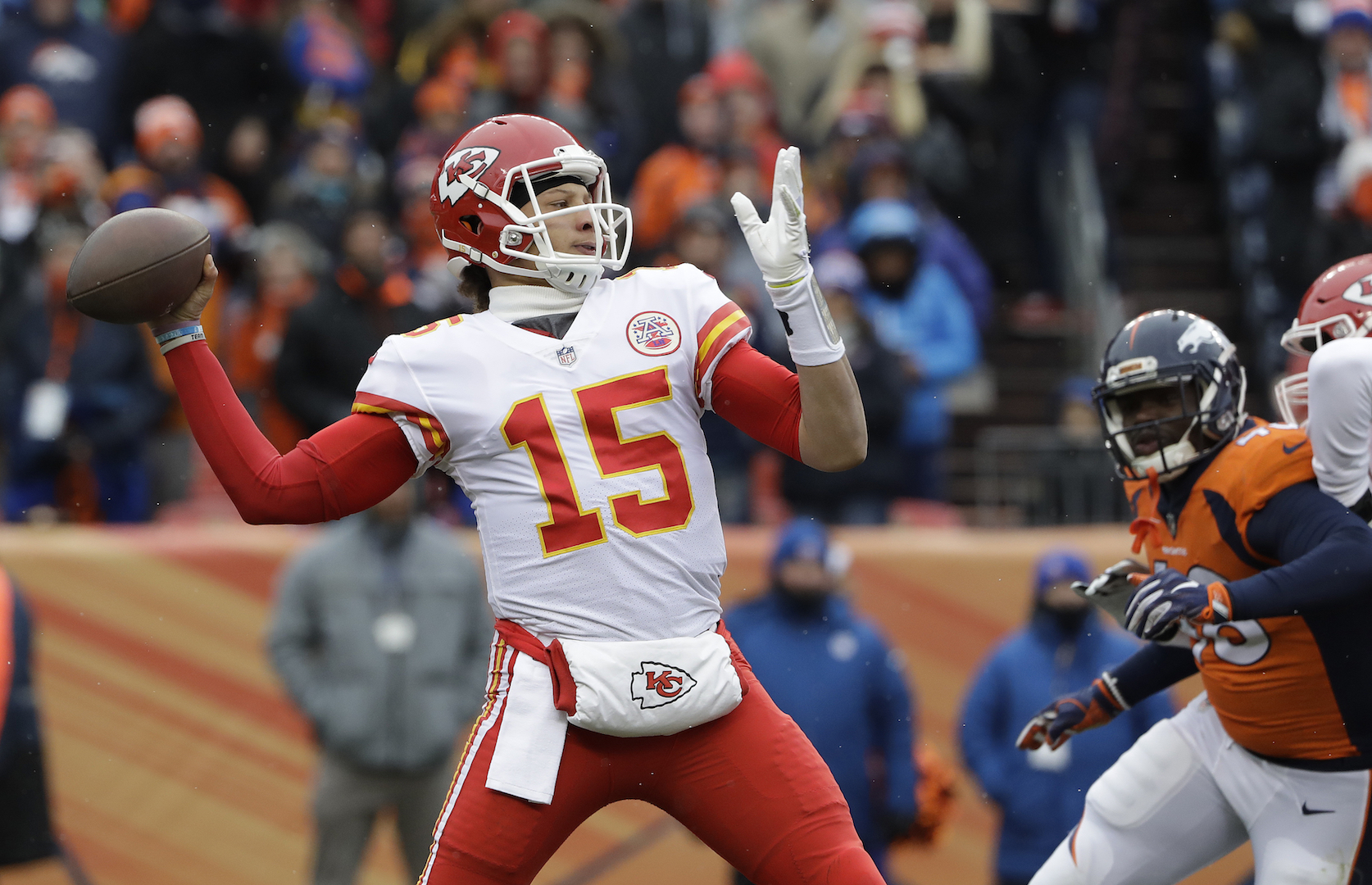 
Before a new Super Bowl champion is crowned, individual awards will be given out for the 2018 NFL season at Saturday night’s NFL Honors. MVP and Defensive Player of the Year are obvious, but some awards are up for serious debate.

After securing 45 of the 50 All-Pro votes for quarterback, Patrick Mahomes is a lock for NFL MVP. While Mahomes benefited from arguably the most stacked supporting cast in the league and Andy Reid as his head coach, he still played exceptionally well in his first season as the Chiefs starting quarterback. Mahomes threw for 5,097 yards and 50 touchdowns, while also adding 272 yards and two touchdowns on the ground. The 23-year-old gunslinger joined Tom Brady and Peyton Manning as the only players in league history to throw for 50 touchdowns in a season, and they both won MVP those years. The same will happen for Mahomes, who looks poised to become a multi-time MVP like Brady and Manning.

Brady and Manning both won Offensive Player of the Year in their 50-touchdown MVP seasons, and it’d be a major surprise if Mahomes doesn’t do the same. The second-year quarterback from Texas Tech gives defenses fits and probably keeps a lot of coaches up at night, as he uses the entire 53.5-yard width of the football field to scramble around and make accurate throws from anywhere behind the line-of-scrimmage when he’s forced out of the pocket. He was the best offensive player in the league during the regular season in 2018.

MVP and Offensive Player of the Year aren’t much of a debate, and Defensive Player of the Year isn’t either. Coming off a DPOY award last season, fifth-year defensive lineman Aaron Donald had his best year yet, recording 59 tackles and 20.5 sacks. Donald made game-changing plays throughout the season, including in one of the games of the year with two sacks and two forced fumbles in the November Monday night win versus the Chiefs, helping lead the Rams to a 13-3 record and a first-round bye. The “undersized” four-time All-Pro is a freak athlete that is rarely contained without getting double teamed, and he helps make his teammates better by drawing so much attention from opposing offenses.

Offensive Rookie of the Year: Saquon Barkley | Giants running back

This is a two-horse race between Browns quarterback Baker Mayfield and Giants running back Saquon Barkley for Offensive Rookie of the Year. The No. 1 pick Mayfield set the NFL rookie record for touchdown passes in a season (27), but I think the No. 2 pick Barkley has to be the choice for the award. The Penn State product was a first-team All-Pro selection in his first NFL season, racking up 2,028 yards from scrimmage and 15 total touchdowns. Barkley set records for most scrimmage yards by a rookie, most 100+ yards from scrimmage games as a rookie (12), most receptions by a rookie running back (91), and most 50+ yard touchdowns by a rookie (five). He’s arguably already the best player in the league at his position.

The Defensive Rookie of the Year race is stacked, with Derwin James, Bradley Chubb, and Leighton Vander Esch among those that could get the nod. But it should probably come down to the two All-Pros: Darius Leonard and James. Leonard was the bigger difference-maker this season, helping elevate an entire Colts defense—which was basically a “no-name” unit—on the way to a ten-win season and a playoff berth. Leonard had a league-leading 163 tackles (19 more than any player), 7.0 sacks, eight pass deflections, two interceptions, and four forced fumbles in 15 games as a rookie.

There were a few high-profile comebacks this season (J.J. Watt, Deshaun Watson, Adrian Peterson), but Andrew Luck is the clear choice for 2018 Comeback Player of the Year. Last year, there was some concern about Luck never being able to play again—or at least not ever being the same. He thankfully put all those concerns to rest, having a career season that should lead to a top-three finish in MVP voting. Despite missing all of the 2017 campaign, Luck might’ve had his best season since entering the league in 2012, as he completed a career-high 67.3% of his passes while tossing for 4,593 yards and 39 touchdowns, springing the Colts to a six-win increase from last year.

Coach of the Year could go to several different coaches, and it was the award I had the hardest time selecting. I was initially leaning toward Matt Nagy after he helped get the Bears to a 12-4 record, but Chicago has more talent on the roster than Indianapolis, who played in a tougher division. Frank Reich’s team played incredibly hard every single week, and he got them to stay together after a 1-5 start, winning nine of their next ten games including a de facto playoff win in Week 17.