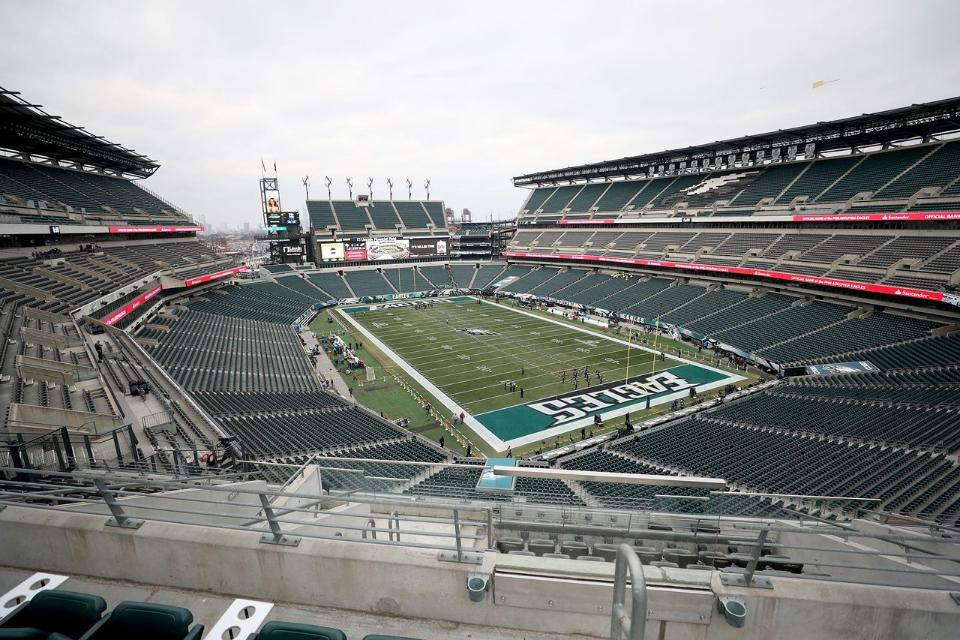 
They got there in different ways in the conference title games, but the top seeds in the AFC and NFC will meet in Super Bowl LII, as the Patriots had another patented comeback versus the Jaguars, while the Eagles ran the Vikings out of the Linc. The two franchises met in the Super Bowl 13 years ago, and Tom Brady is of course the only player left on either roster from that game. Meanwhile, the Vikings will not get the opportunity to be the first team to play a Super Bowl in their home stadium, and it is going to be crushing for them to see the team that just beat them play in the Big Game over them. Here is the big reaction (but not overreaction) to Championship Sunday.

Tom Brady is unstoppable with the game on the line

If it’s the fourth quarter in a playoff game and Tom Brady has the ball, it’s almost a foregone conclusion that his team is going to score. As was the case toward the end of Super Bowl LI—including when New England got the ball to start overtime—there was no doubt Brady was going to lead his team down the field for scores. Yesterday against the Jaguars, the same was the case. Defenses need to get pressure on Brady at the end of games; and if not, they probably won’t stop him from getting his team into the end zone. And Danny Amendola—not enough good things can be said about him, as he against came up big in a huge playoff game, which is something he’s done numerous times over the last few years. In Super Bowl LII, the Eagles need to do their best to not give the Patriots the ball with a chance to win at the end of the game.

The coaching of New England is on a different level

Given their five Super Bowl wins in seven appearances since the start of the millennium, it’s always been the case that the Patriots have the best coaching staff under Bill Belichick; but the adjustments during the AFC title game win just further verified it. Blake Bortles lit up New England in the first half, but after the Patriots completely took away the run game and didn’t allow Jacksonville to use play-action effectively, Bortles was only 10/21 for 138 yards. Now they have a couple of weeks to prepare for a red-hot Eagles team.

Blake Bortles will be Jacksonville’s quarterback next season

While the second half wasn’t great for Bortles, the Patriots deserve most of the credit for their halftime adjustments. Bortles did throw some passes behind his receivers, particularly on crossing routes, but he played an amazing first half and was perhaps the biggest reason the Jaguars were in a position to topple the defending champs. Jacksonville is now locked into the 29th pick in the draft and Bortles is under contract with the fifth-year option that was exercised last year; after leading the team to the AFC Championship, maybe the Jaguars won’t go after Kirk Cousins or any of the other free agent quarterbacks, despite there being a lot of good ones out there. If Lamar Jackson happens to fall to the late first round, he might be a great match as someone that might already be more accurate than Bortles and would have a year to develop.

The Vikings didn’t show up

The Eagles deserve a ton of credit for the way they came out and played in the NFC title game, and they might have won no matter how well the Vikings played. But Minnesota clearly played its worst game of the season (obviously at the worst time). The offense line did not play well at all, which forced a couple of the Case Keenum turnovers, but Keenum didn’t look how he’s looked this season—unable to avoid the rush and make big plays to his receivers. And on defense, they surprisingly didn’t tackle well at all, though Nick Foles deserves recognition for making throws that could not have been handed off any better.

Despite the narrative, Foles has been playing fine since he stepped in for Carson Wentz at the end of Week 14. He didn’t have a preseason while dealing with an elbow issue, so he was working out some rust over the final few games of the regular season—but he’s on now. Foles looks like the guy that won MVP of the Pro Bowl a few seasons ago, because he’s always been that guy. The situation with the Rams was one that no on succeeded in, and he was great when called into action for the Chiefs last season. Back with the Eagles on a team with a strong offensive line and very good weapons all of the field, Foles is in a great situation that’s allowing him to showcase the ability that makes him a quarterback capable of winning the Super Bowl.

The Eagles are just a good team from top to bottom

Many thought the Super Bowl chances of the Eagles were out the window after Carson Wentz’s injury, but they’ve continued to show they’re not just good based off one guy, no matter how electric Wentz is. Doug Pederson and the coaching staff have done an excellent job of adapting without relying on Wentz to make magical plays on third down, and offensive line coach Jeff Stoutland deserves credit for his work on run-pass options, which Foles is comfortable with as a former basketball player. Stoutland was brought on the coaching staff by Chip Kelly, who, though people might not want to hear it, deserves some credit for the turnaround of the Eagles after he jettisoned some selfish players and help set up the opportunity for this current roster to have a tight bond and spirit.

The Patriots have been feeding off the energy in Gillette Stadium for years, and you can almost feel it through the television (such as in the 2014 Divisional Round comeback win versus the Ravens). When New England got the ball in the fourth quarter yesterday, the crowd almost expected them to come back and win. After securing the one-seed in the NFC playoffs, the Eagles had a similar energy delivered by their crowd in their wins over Atlanta and Minnesota. When Patrick Robinson returned the interception for a touchdown yesterday, the crowd instantly got very much into the game, and the Vikings proved to be no match for the rest of the night. Things could have gone a lot differently if the conference title games were not in Foxborough and Philadelphia.