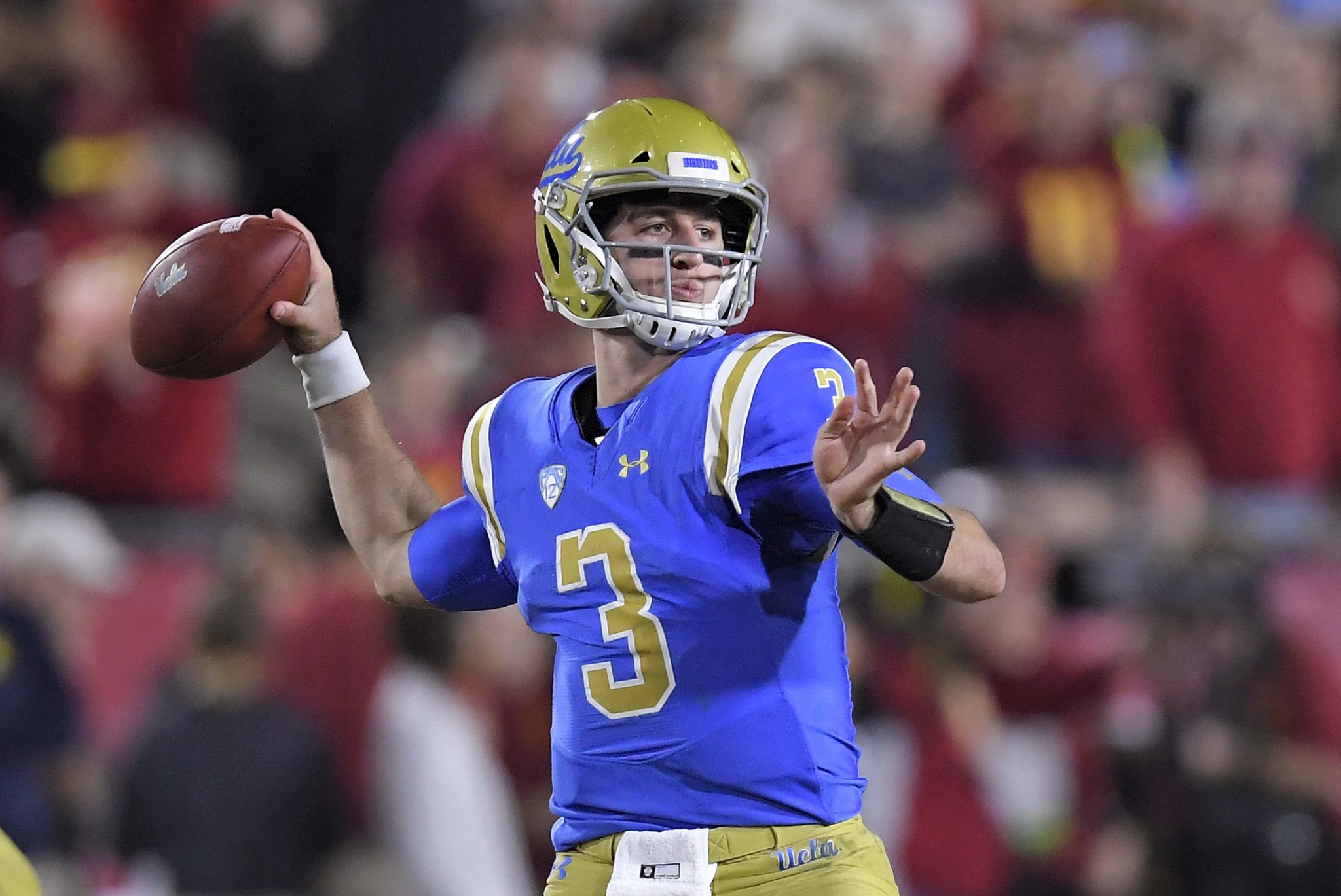 
Finally, it’s draft week. Months and weeks of breakdowns and speculation will come to a head starting on Thursday with the first round. No one really knows what these team’s draft boards look like, so there will be some surprising things that happen throughout the draft. These six players could go a lot lower than many are anticipating. [Note: This is not an evaluation; it is a prediction for some players that may drop in the draft.]

As a passer, Josh Rosen obviously has a lot to like. But there are questions about the personality of the former UCLA quarterback, and it might cause him to slip in the draft more than most are expecting. Whether it’s true or not and whether it’s fair or not, the narrative surrounding Rosen is that he is arrogant and does not care about football as much as some other guys. There are also durability questions about Rosen, which doesn’t help.

Another fair discussion, which hasn’t been talked about much, is that the UCLA program is now in worse shape than it was before Rosen got there. Obviously, UCLA going from a back-to-back ten-win team from before Rosen got there to a sub-.500 team during his time there isn’t all on the quarterback, but it’s just something else to think about.

Then there’s the fact that Rosen wore a “F— Trump” hat to one of Donald Trump’s golf courses (before he was President Trump) and posted a photo of it on Instagram. Clearly, some people are going to look at that as a sign of either entitlement or stupidity. And NFL teams might not want President Trump as an enemy.

Maybe Rosen won’t drop, but there are certainly reasons why he might.

Drew Brees, Russell Wilson, and Case Keenum are showing that you don’t need to be 6’2”-6’5” to have success in the NFL, but the fact is most teams prefer taller quarterback prospects to shorter ones. Also, there is the concern about Mayfield’s offense in college, as some NFL teams might see Lincoln Riley doing such a good job of getting guys open that it made Mayfield’s job too easy. Mayfield deserves credit for operating the attack at about as high of a level as possible, but who knows how NFL teams will see it?

And there is no getting past the potential character/attitude questions about the Heisman Trophy winner. Some teams are definitely going to be turned off by Mayfield’s bravado. He didn’t do himself any favors by openly admitting he didn’t learn the few plays the Chargers gave him.

Some have called Christian Kirk “Baby Beckham,” comparing him to Giants superstar receiver Odell Beckham Jr. If Kirk comes close to living up to the nickname, teams would be thrilled to get him in the first round. However, there is some discussion out there about Kirk’s size, and he’s being identified as more of a slot receiver by some; if NFL teams see him like that he could fall out of the first round entirely.

Similarly, teams might be interested in some of the bigger cornerbacks in this draft, which could cause Louisville’s Jaire Alexander to fall. Also, Alexander only played in six games as a junior this past season, so there’s more recent film on the other top corners available.

There have been some questions about the durability and effort of Derwin James. The knee injury in 2016 and sluggish start in 2017 have led to the questions durability-wise, but the effort questions are a bit unfair—James flies around the football field unlike most players. But because the reports are out there, it’s possible James falls in the draft.

Arden Key is basically a lock to drop in the draft, but it does not have much to do with his talent. Effort and trust is the issue with Key, who will almost certainly fall all the way out of the first round despite having a ton of ability. Keep an eye on Key as a high-risk, high-reward pick on Day 2 or even Day 3 of the draft.