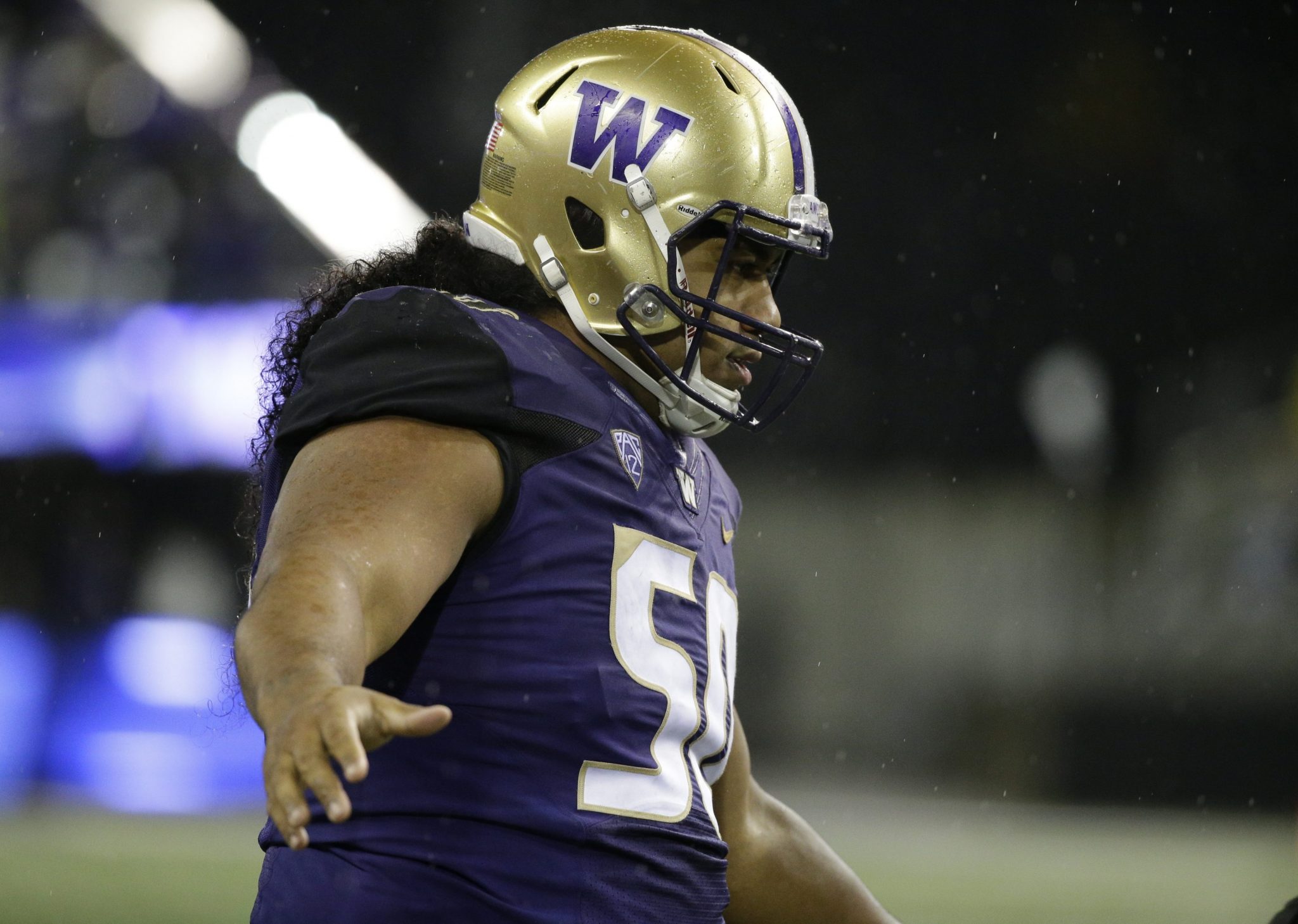 Mammoth size. Insane strength and power. Scheme versatile. Can play any interior position on the defensive line. Dominant two-gap defender. Very athletic for his size. Sometimes worked as a standup linebacker at Washington. Great potential as a pass rusher. Excellent pursuit. Strong hands. Too much to handle in one-on-one situations. Difficult to move off the spot. Light on his feet.

Overall technique needs to be cleaned up. Sometimes caught off-guard by blockers. Hasn’t put everything together.

Vea is basically football’s version of “The Mountain” from Game of Thrones because of his unfair athleticism at his size. He still has to clean things up, but Vea should be a versatile, dominant defensive lineman in the NFL.