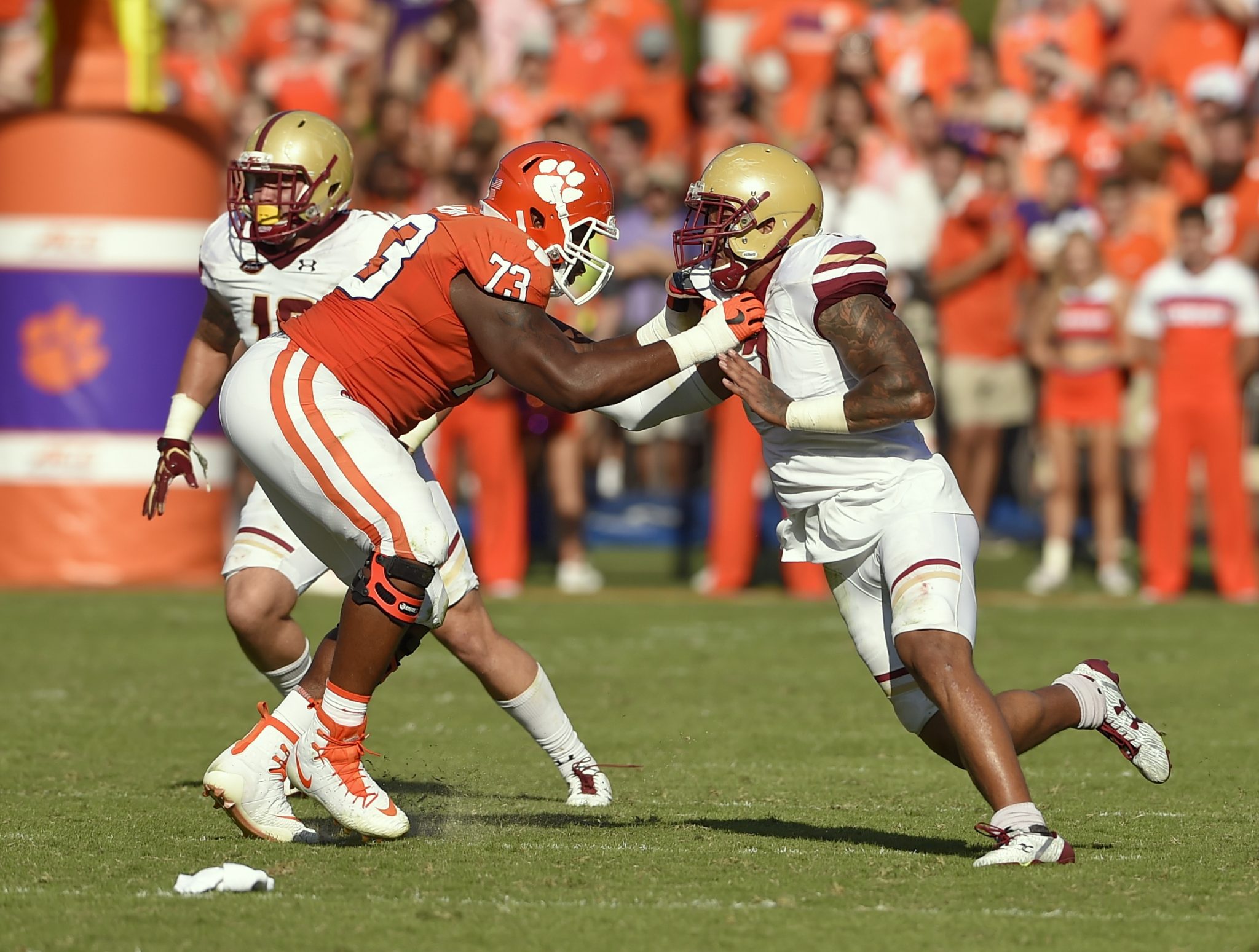 Natural ability as a pass-rusher. Long arms. Elite first step. Will often blow right by blockers with a speed rush. Gets great bend on the edge and can dip under blocks. Accelerates when the quarterback is in range. Aggressive tackler. Attacks the football for strip sacks. Very good pursuit as a backside defender. Recognizes where a scrambling quarterback might wind up and gets there. Looked comfortable when asked to drop back in coverage. Scheme versatile.

Basically all speed as a pass rusher. Needs to add moves to get to the quarterback more consistently. A little weak at the point of attack. Can come in high as a tackler. Might not have top-end athleticism against NFL talent. Took a step back in 2017.

Landry is a natural pass-rusher that wins with speed and bend on the edge, but he took a step back from his junior to senior season. That said, he could have come out and been a first-round pick, so he probably felt he could improve his game before making the jump. I have Landry as a borderline top-50 prospect.