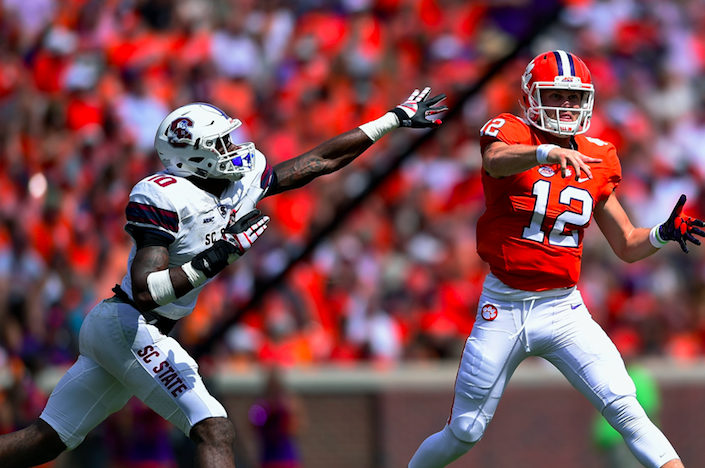 Fast, rangy linebacker with great length and athleticism. Heat-seeking missile in the open field. Quick to diagnose and react. Productive tackler. Top-end agility to work through traffic and shoot the gap. Blockers have a difficult time getting a clean block on him. Extremely versatile. Can get to the quarterback as a blitzer. Sticks to tight ends and running backs in man coverage. Comfortable dropping back in deep zone coverage. Soft hands. Takes the ball away. Looked like the better player in every matchup at Senior Bowl practices.

Will need to tackle lower more often at the next level. Frame is thin. Doesn’t possess much raw strength. Might get swallowed up if he’s unable to simply elude NFL blockers at the point of attack.

Darius Leonard didn’t test as fast as he plays, but he is a prototypical, new-age linebacker with the speed, length, and athleticism to make plays all over the field. He’s a late second-round or early third-round pick for me.