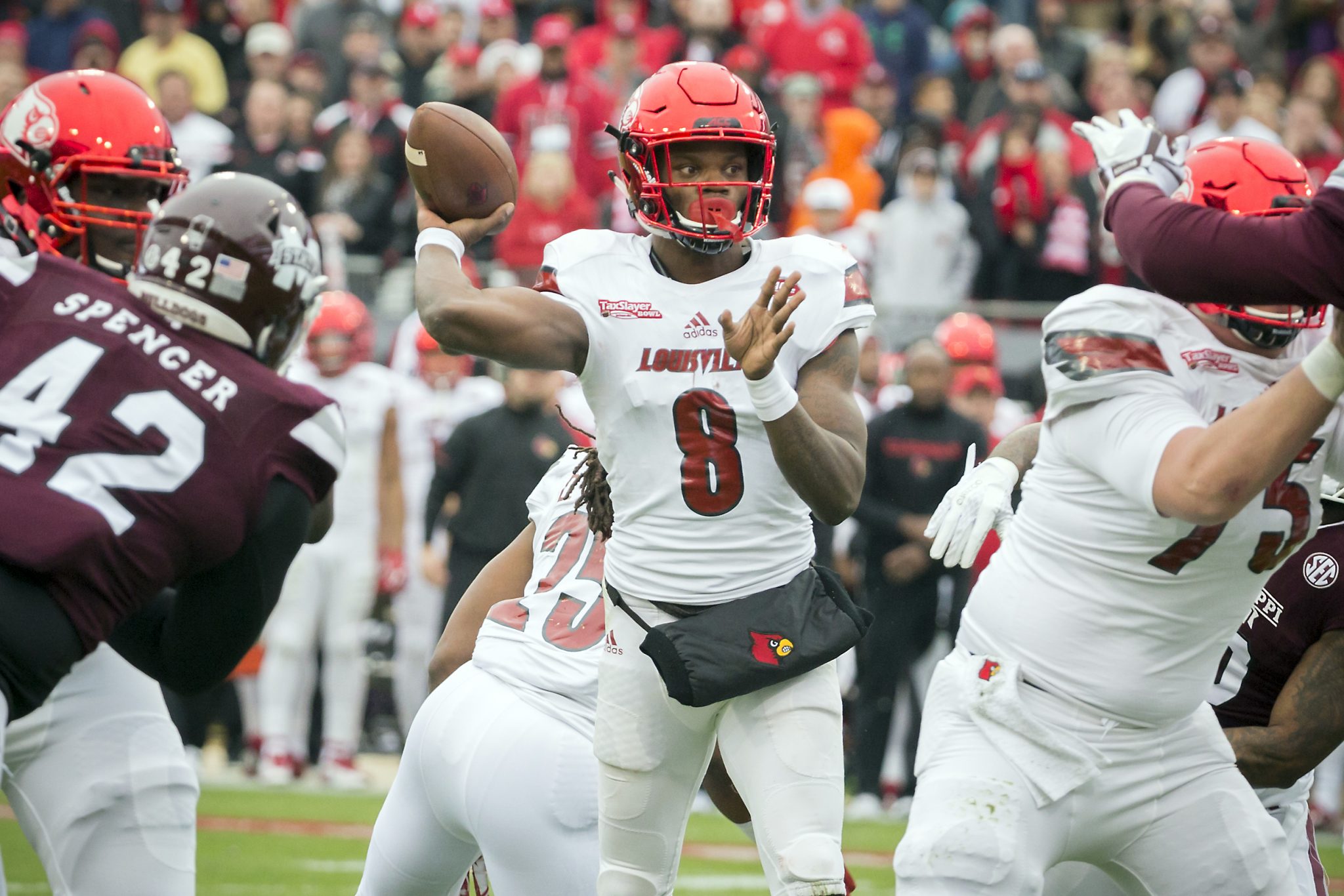 Effortless thrower. Quick release with elite velocity. Has shown promise working through progressions. Stands confidently with good awareness in the pocket. Comfortable throwing between the numbers. Encouraging deep ball. Has made strides as a passer over three years. Game-breaking speed and ability in the open field as a runner. Exceptional vision and instincts as a ball-carrier. A rare threat to score from anywhere on the field. Nearly impossible to bring down when he breaks contain. Doesn’t make one read and automatically tuck it to run. Really good teammate and person.

Needs to improve passing mechanics. Base is too narrow. Inconsistent throwing outside the numbers. Will have to be more precise against NFL defenses. Doesn’t have great accuracy as a scrambler. Has durability concerns because of his thin frame.

Basically Michael Vick reincarnated as a righty and more advanced as a passer, Lamar Jackson has all the tools to be a superstar quarterback at the next level. He will need to improve his mechanics and might not be ready to play right away, but I think Jackson is undoubtedly worth an early first-round selection.