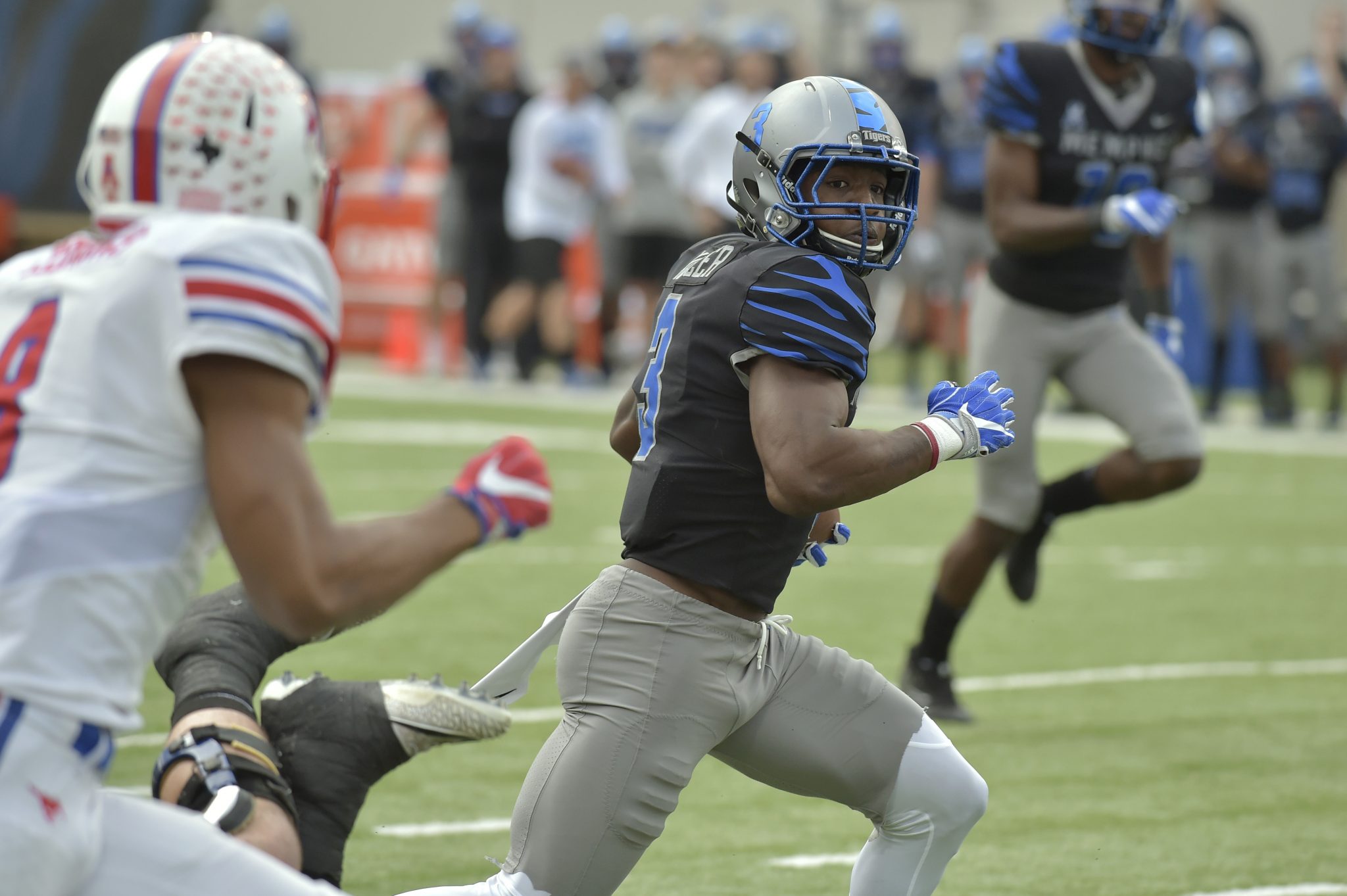 Gets open on all three levels. Runs routes and makes cuts at full speed. Can beat defenders with complex routes and double moves. Creates separation at the top of routes. Plays bigger than his size. Elite ball-tracker. Always puts himself in good position to make the catch. Makes last-second body adjustments as the ball arrives. Knows where he is on the field and gets his feet in bounds. Huge hands. Extremely competitive. Very explosive after the catch. Can play both inside and outside.

Arms sometimes flail when running routes. Needs to avoid tipping off defenders. Had too many focus drops at Memphis.

Anthony Miller is a natural receiver that can beat defenses at all three levels with elite separation skills and great explosiveness with the ball in his hands. Miller’s style of play is very similar to Antonio Brown’s, and he should turn into a top-end receiving option in the right situation.