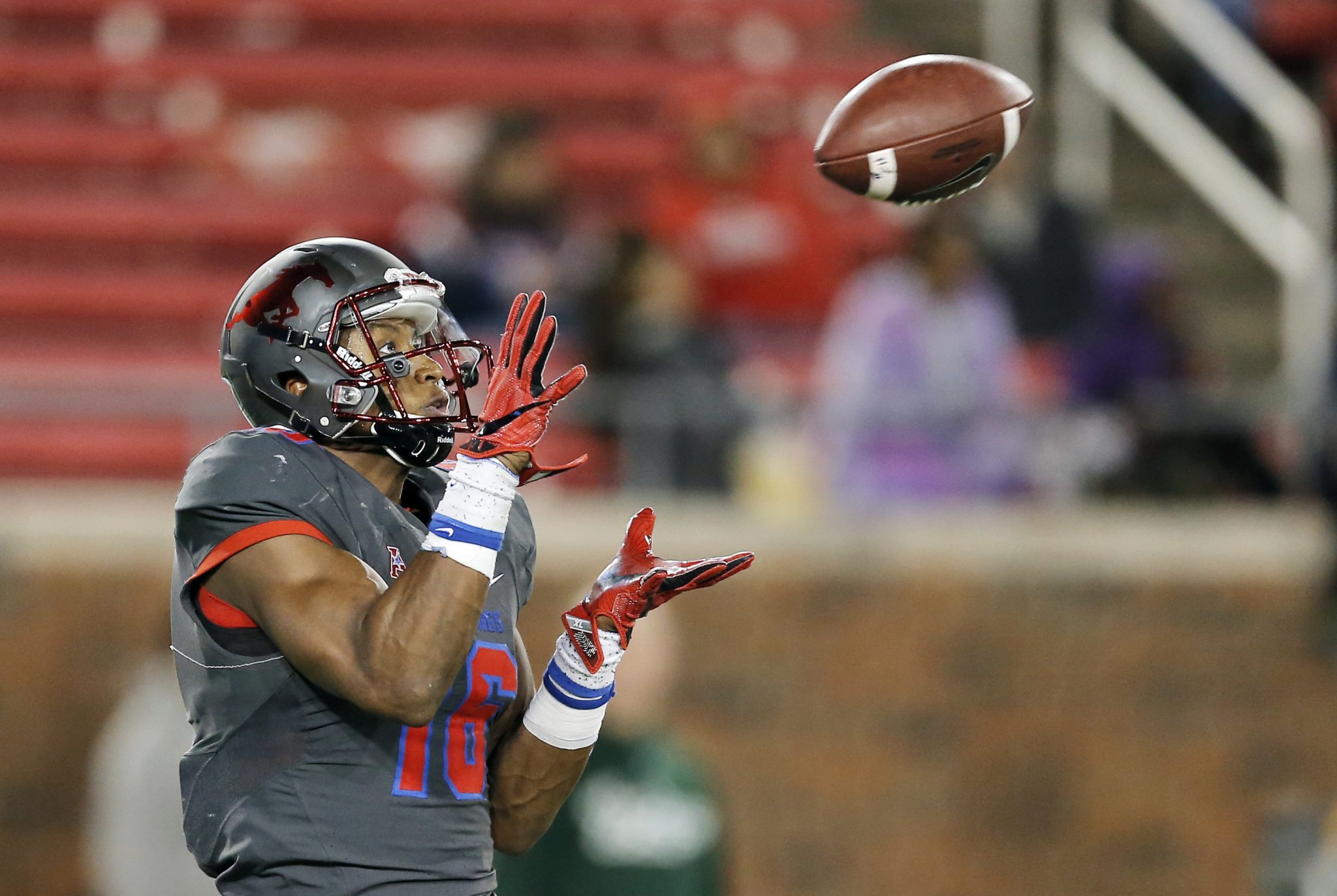 Great size. Strong hands. Makes contested catches in traffic. Uses his frame to shield defenders on intermediate routes. Presents a good target for the quarterback on the perimeter. Works back to the ball. Fearless going across the middle. Gets positioning on in-breaking routes. Great feet for his size. Isn’t frustrated by press coverage. Physical and difficult to bring down after the catch. Elite blocker in the running game.

Needs to play bigger when the ball is in the air. Not an explosive leaper. Doesn’t create much separation on complex routes. Lacks breakaway speed.

Sutton is a big, tough receiver that will be unafraid to make plays with defenders bearing down on him. His success at the next level will depend on whether or not he can create enough separation against NFL cornerbacks.