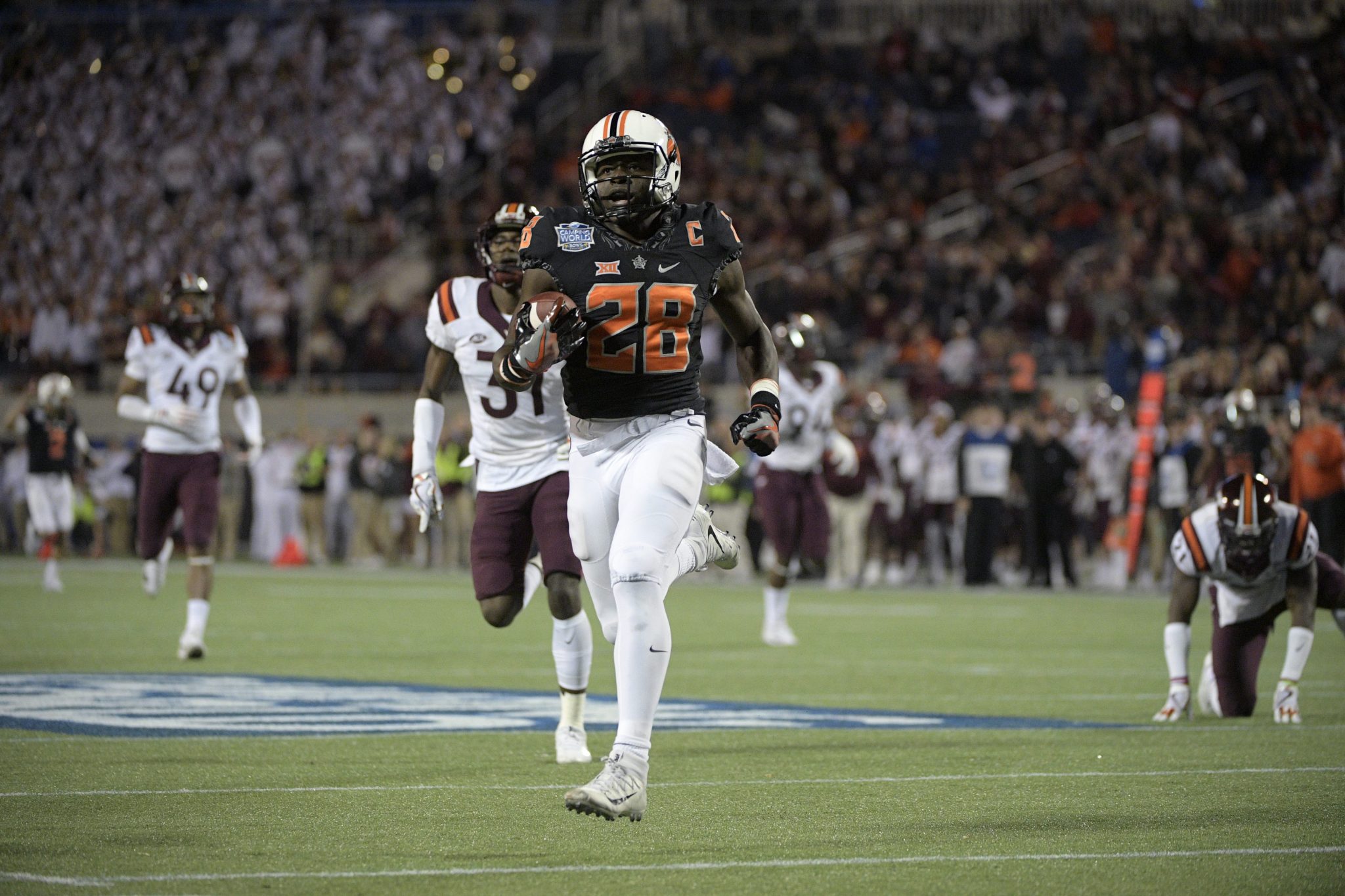 Premier deep threat in college football over the past three seasons. Has long speed to get behind the defense. Glides past cornerbacks and safeties with a second gear. Does an excellent job tracking the deep ball. Good hands over either shoulder. Positions his body to shield off defenders and make the catch. Easily transitions from catch to run-after-catch. Difficult to bring down in the open field. Can be dangerous on crosses and drags. Doesn’t need to get the ball to have an impact. Shows effort as a downfield blocker.

Built more like a running back than a wide receiver. Wasn’t asked to run many complex routes at Oklahoma State. Short-area quickness is lacking. Needs to come down with more receptions in traffic. Will drop the occasional ball on short and intermediate routes.

Washington is a unique deep threat that builds up speed and wins with positioning and an innate ability to track the long ball. He didn’t show it in college, but he might be able to develop more of a route tree at the next level to really turn into a dangerous option.