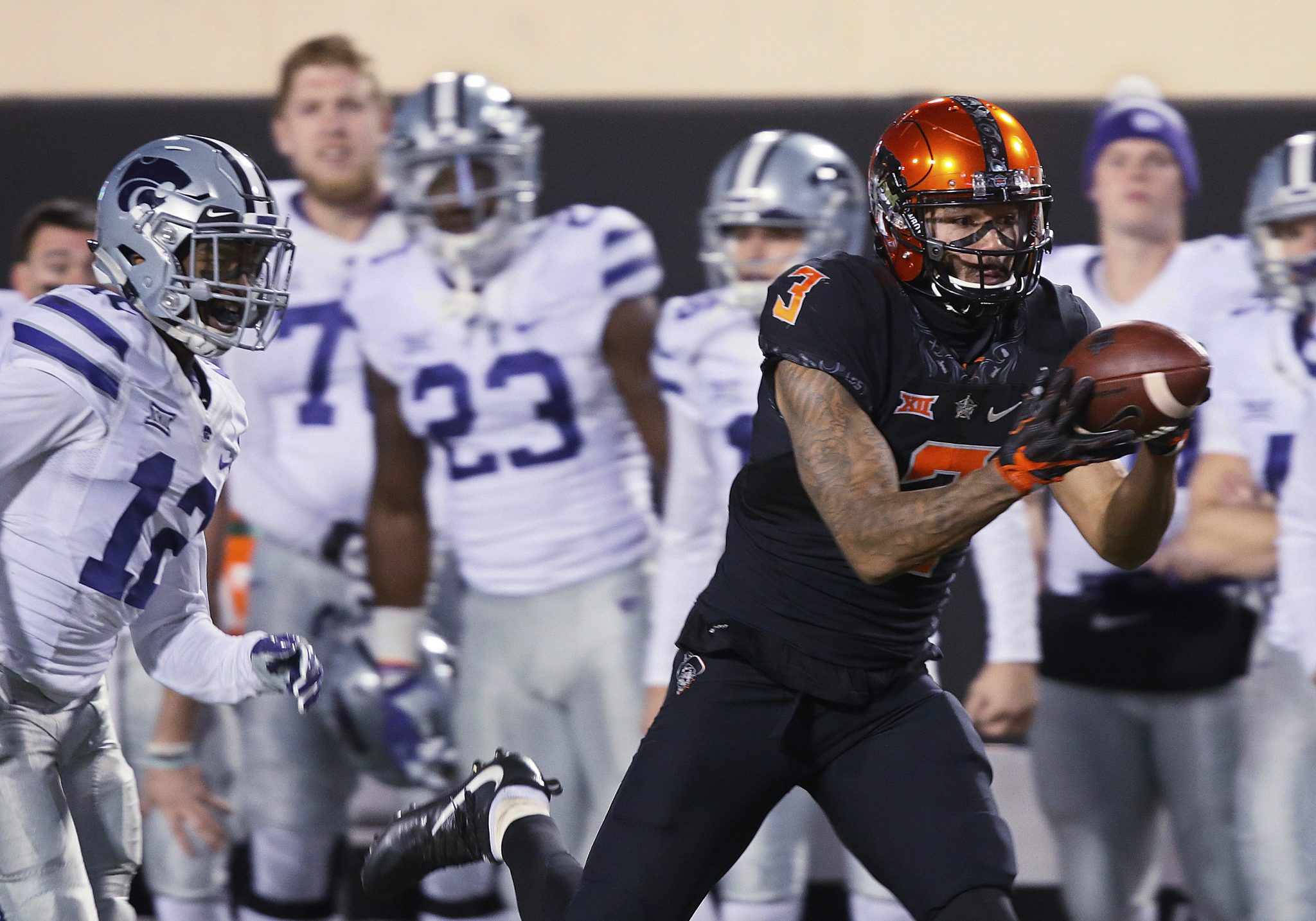 Big-bodied target with a large catch radius. Natural receiving skills. Wins in contested-catch situations. Gets his feet down on the boundary. Great body control when the ball is in the air. Adjusts to the back-shoulder ball. Works back to the pass on the perimeter. Has deceptive build-up speed. Strong hands. Reliable option when his team needs a conversion. Creates good separation at his size. Seems to have a handle on the intricacies of route-running. Makes the spectacular catch look easy.

A little slow in and out of breaks. Needs to get crisper on in-breaking routes. Foot speed could be an issue against good press corners. Average acceleration and explosiveness.

Marcell Ateman has a game very similar to that of former first-round pick Michael Floyd, but he might be a steal on Day 2 of the draft because he didn’t run a 4.4 like the Notre Dame product did. Ateman’s best trait is his ability to win on contested catches near the boundary, which I think will translate to the next level.