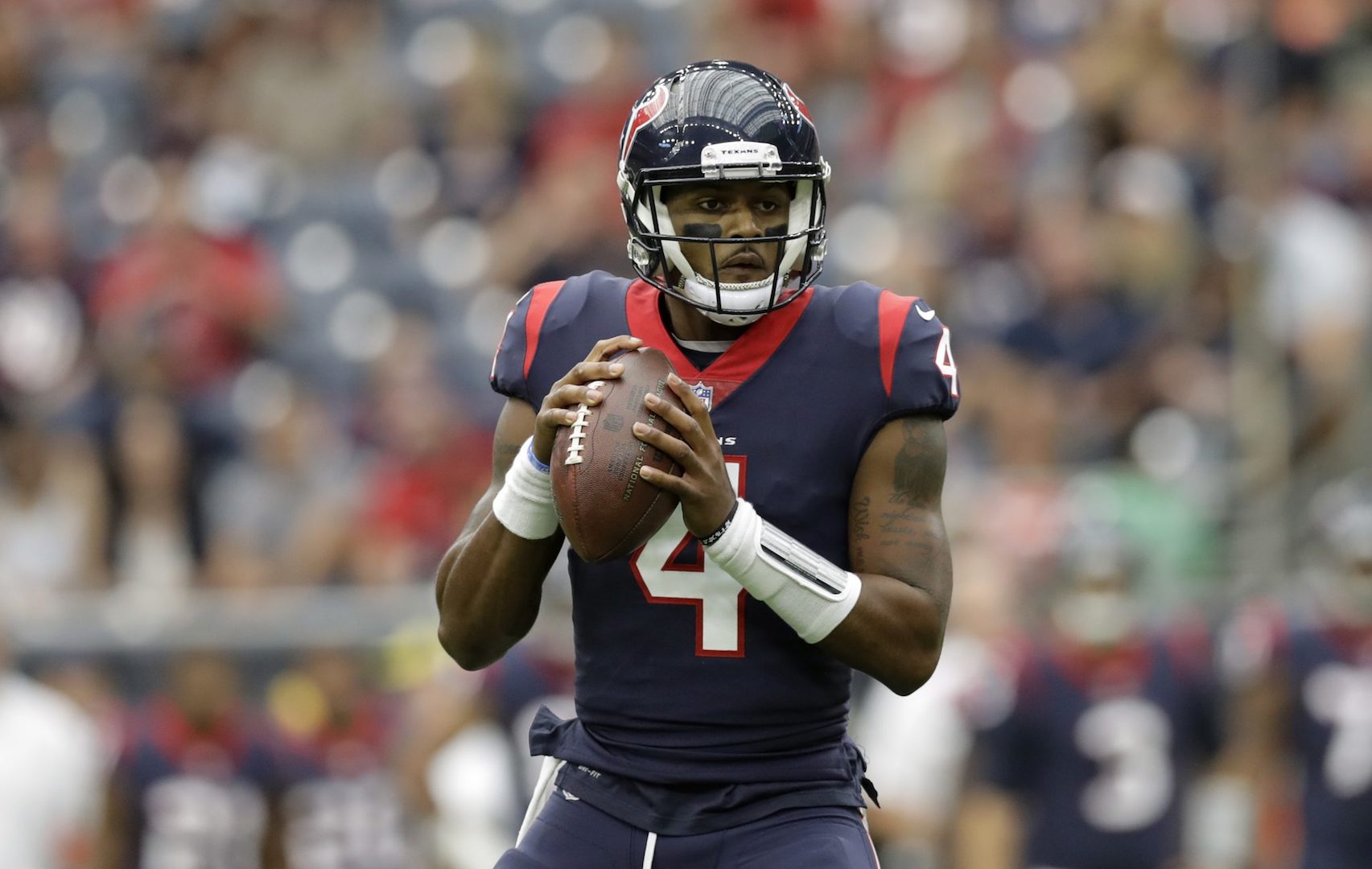 
Last season, the NFL had more impactful injuries than in any season in recent memory. Thankfully, every player that was injured is working their way back and should be on the field at some point this season—and they all might be out there for Week 1. Because there were so many injuries, we’re breaking down some of the big-impact guys returning by offense and defense.

If there weren’t so many other storylines (like holdouts, contract discussions, and the national anthem controversy dragging on), Andrew Luck’s return would be a bigger story. And it should be. Luck is one of the league’s true superstars capable of putting a team on his shoulders, and he hasn’t played a regular-season snap since 2016. Despite Jacoby Brissett playing very well for Indianapolis in 2017, it’s easy to quantify what Luck’s return means for the Colts. Luck should be able to keep his team in almost any game, and they could push for a playoff berth in a tough AFC South division.

The flashy star power of Odell Beckham Jr., who plays in New York, and his return naturally takes some of the attention away from the return of a lot of the other players. It’s probably not earth-shattering news to anyone, but Eli Manning has been better statistically in the past few seasons when OBJ has been on the field. Even if you don’t include the return of Beckham, the Giants made important upgrades on offense via free agency and the draft—particularly at offensive line (free agent left tackle Nate Solder and second-round guard Will Hernandez) and running back (No. 2 pick Saquon Barkley). The Giants should look a lot different to start this season.

Aaron Rodgers did make a brief return to the field from his broken collarbone in 2017, but he clearly wasn’t himself before being shutdown to end the year. Brett Hundley got some valuable playing experience filling in for Rodgers last season, which should help him as he moves forward in his career (and in case he needs to fill in for Rodgers again), but Green Bay is undoubtedly a lot better with No. 12 under-center. Like Luck, Rodgers is a guy that can carry a team.

The one player returning from injury that there should be concern about for Week 1 is Carson Wentz. Injured in early December, Wentz seemingly possesses the ability to recover from injuries quicker than most and will make a strong push for opening night versus Atlanta, but it’s no lock. The Eagles have the benefit of Super Bowl MVP Nick Foles as the backup, so they would be wise to wait until Wentz is 100% before putting him in danger—especially because a lot of Wentz’s game is based around using his legs to make spectacular plays.

There probably isn’t a more important non-quarterback returning on the offensive side of the ball in 2018. Because of the emergence of young running backs like Alvin Kamara and Kareem Hunt, along with Todd Gurley’s huge 2017 season in which he won Offensive Player of the Year, people seem to forget Johnson’s 2016 season was probably even better. DJ is going to get the ball a ton for Arizona both on the ground and through the air as the team’s offensive centerpiece.

Full-go since the offseason and already a participant in preseason action, you wouldn’t know Deshaun Watson is coming off a torn ACL from late last fall. The Texans were much better offensively with the Clemson great on the field last season, as he got the ball in the end zone a whopping 21 times through the air and on the ground while leading the team to 34.67 points per game in his six starts. It’ll be exciting to see Watson back on the field

Halapoulivaati Vaitai did a good job filling in for Jason Peters for the Eagles’ Super Bowl run in 2017, but Peters is stepping back into the lineup as the team’s starting left tackle after a season-ending knee injury last season. Peters will be 37 in January, but he’s a two-time All-Pro that will look to deliver Pro Bowl-caliber play for the defending champs. Darren Sproles is also returning to the field, and we’ll go over another Eagle tomorrow.

Dalvin Cook will be over 11 months removed from his torn ACL when the season starts in September, and he hasn’t shown any affects from the injury throughout the summer. There’s even talk that the 2017 second-round pick from Florida State looks as good as ever, which sometimes happens after a grueling rehab process. The Vikings have Latavius Murray there as insurance and as someone that will get a solid amount of work himself, but Cook will be an integral part of what should be one of the league’s best offenses.

A four-game suspension for performance-enhancing drugs means Julian Edelman won’t be on the field to start the season, but he’s had plenty of time to recover from last summer’s knee injury. Edelman will be ready to go when he returns in Week 5, and he could be fresh and energized with more than a year away from the game. He should immediately step in as one of Tom Brady’s most-trusted targets in October.

Allen Robinson is the only player on this list that’s now with another team, as the Bears took a chance and paid him to be a top target for second-year quarterback Mitchell Trubisky. A-Rob’s knee injury was suffered in the opening game last season, and training camp has been all good to this point. Hopefully we see Robinson in extensive action in Matt Nagy’s offense this preseason, as it’ll be interesting to see how he might be utilized on a new team.

Similar to Andrew Luck but for a different injury, Ryan Tannehill hasn’t been on the field since 2016 because of an ACL injury. Adam Gase remains in Miami, and the quarterback-head coach combo made the postseason in their only healthy year together. The Dolphins clearly remain very high on Tannehill, but he could be entering a make-or-break year with the team.

Marshal Yanda is coming back from a couple of injuries, as he suffered a season-ending ankle injury last September before getting shoulder surgery in the winter. Baltimore had a strong running game led by Alex Collins in 2017, and the addition of Yanda for what will hopefully be a full season should give it a boost. Yanda is a five-time All-Pro, so his return should not be taken lightly.