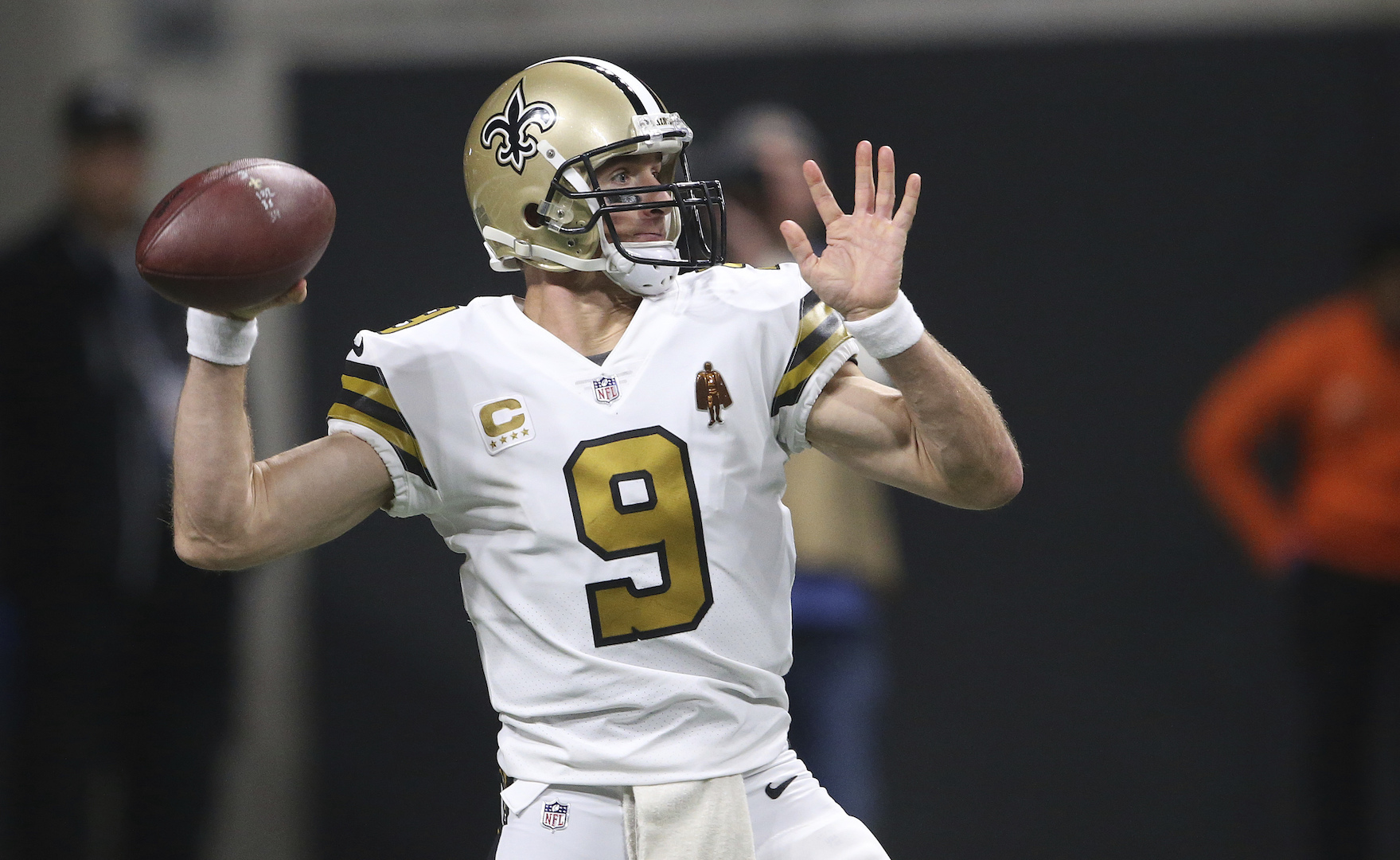 
I believe the Patriots and Rams will be playing in Super Bowl LIII, but the Conference Championship Round power rankings remain the same after the top four from last week all won to advance to the conference title games.

The team was might’ve been a little rusty to start the Divisional Round after such a long layoff with a Week 17 game they didn’t come out with their usual intensity before a first-round bye, but Drew Brees was basically unstoppable when he got going against the Eagles. Sean Payton and Brees are now 6-0 at home in the postseason, and next up they face a Rams team they already beat in the Superdome this season—a game in which scored 35 points in the first half. The loss of Sheldon Rankins is tough for the Saints, but David Onyemata and others will look to step up with the big defensive tackle out of the lineup.

While I’ve believed they had the potential to turn things on and make an impact because of their ability to get after the quarterback, I was concerned about Kansas City’s defense entering the postseason. However, Patrick Mahomes and company were able to get up to a quick 14-0 lead to allow the defense to play from ahead and limit Andrew Luck and the Colts offensively. With a rowdy homecrowd making things tougher for teams that come into Arrowhead, getting ahead and staying aggressive with the lead is a recipe for success; however, the crowd might not be a huge factor with the Patriots coming to town, so the Chiefs must be on their game for an entire 60 minutes this Sunday.

Yet again, some people have believed Tom Brady and the Patriots are done; and yet again, Bill Belichick’s squad came into the playoff laser-focused en route to their eighth straight AFC Championship Game. This is the 13th conference title game for Brady and Belichick together, which is just simply amazing, and Brady has more playoff wins as a starting quarterback (28) than any other quarterback has playoff starts (27). When you have TB12 playing the underdog card, it’s not a good sign for the opposition. They didn’t do it in the first matchup of the season—a 43-40 Pats win in Foxboro—but New England might be able to somewhat contain Kansas City with that first game of film to work off of.

With C.J. Anderson running the way he’s running along with All-Pro Todd Gurley behind an offensive line that’s found its groove in recent weeks, the Rams have a rushing attack that can flat-out smash opposing defenses. That combined with Jared Goff’s precise, on-time passing, make the Rams almost impossible to stop. The defense is the main concern for LA, as Marcus Peters in particularly has been burnable—and he was beaten badly in their first matchup with the Saints this season. Having Aqib Talib in the lineup this time around will obviously be a huge boost, but Peters must be on his game against a future Hall of Fame quarterback that’ll test him.

Playing in Foxboro against a very sharp team that was playing with an underdog mindset was not an easy task for the Chargers, and it was good to see the fight Philip Rivers and company showed in a game that wasn’t really in much doubt throughout. The pass rush couldn’t get to Tom Brady, and the zone defense simply didn’t work and was picked apart by the 41-year-old quarterback. The Chargers took a nice step forward after their strong end to last season, and they’ll look to improve and take another step forward for the 2019 season. It’d be nice if they got a better home-field advantage from the LA fans, but I guess it’s kind of on the franchise for moving to a city with indifferent fans.

The Eagles had a very realistic shot to knock off the Saints in the Superdome and get within one game of their second consecutive Super Bowl appearance, and it felt like they were going to go down the field for a game-winning score before the tough drop by Alshon Jeffery on the final drive. As was the case with the Bears the week before, it’s a good sign moving forward that teammates had Jeffery’s back after the game. One of the biggest storylines the next few weeks and months will be Philadelphia’s quarterback situation; the assumption is they’ll stick with Carson Wentz and part ways with Nick Foles, but Wentz is going to have a tough task dealing with a heavy burden of playoff success after Foles led the franchise to a Super Bowl and a playoff victory the next season. Also, you might need some edgy people and players on your roster, but the Eagles better just get Michael Bennett off the team for 2019. I didn’t think bringing him on the roster was a good move; he had an idiotic penalty that gave the Bears three points last week, and then this week his poor actions toward a cameraman trying to do his job are simply unacceptable. It’s difficult not to believe he injured an elderly paraplegic woman at this point.

With a young, inexperienced roster, not many people thought the Colts would get this far in 2018. But superstar quarterback Andrew Luck showed he was fully healthy, and the team had an outstanding draft with two immediate All-Pros in guard Quenton Nelson and linebacker Darius Leonard. Indy simply didn’t have the firepower to match Kansas City and needed to play a sharper game than they did to pull off the upset, but the future is extremely bright for Frank Reich’s squad.

When teams made an effort to establish the run against the Cowboys, they were unable to stop it—further strengthening a solid defense, particularly against the run, will be a key this offseason for Dallas. This is a talented team that has the ability to take a sizable step forward in 2019, and the franchise seems to have a clear idea of how they want to win games. If the defense is able to emerge as a truly elite unit next season, the Cowboys could win a lot of games if Dak Prescott continues to play well in crunch time.