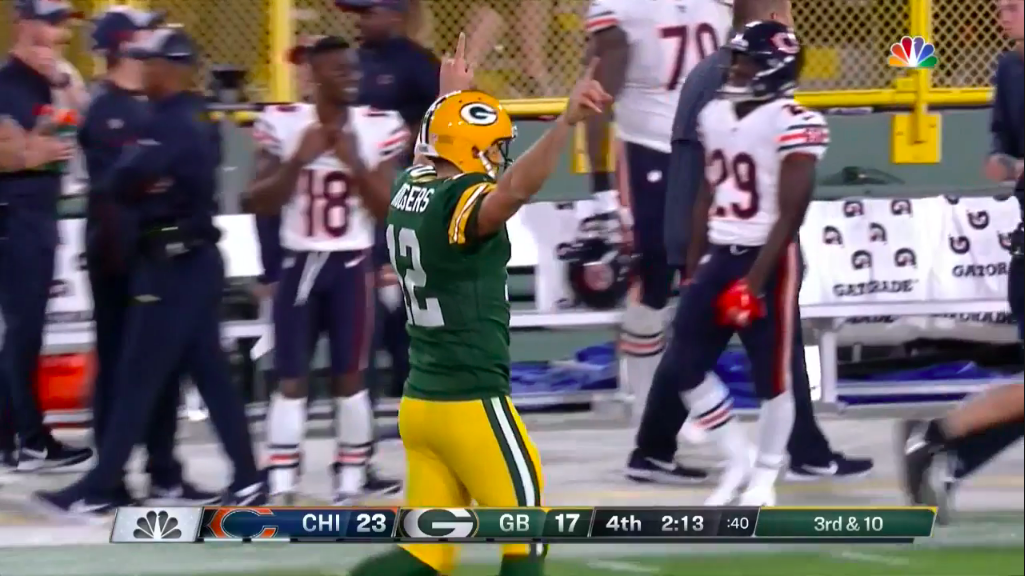 
March Madness is close, but nothing can pack quite the amount of action that NFL Sundays do. The NFL dominates all day on Sundays 17 weeks of the year, and this year’s first Sunday of the NFL season did not disappoint. Here are the top moments and plays from Week 1.

They call him a game wrecker.@VonMiller tried to do it again Sunday. 💪 https://t.co/Qe5sXvWiXt

8. Adrian Peterson turns back the clock

96 yards on the ground.
70 in the air.
And his 100th career rushing TD.@AdrianPeterson's best plays in his first game with the @Redskins! pic.twitter.com/7Y1jnMOwSq

WELCOME TO THE NFL, @SAQUON! 🔥

1st TD of his career!

5. The Steelers and Browns tie

4. Ryan Fitzpatrick lights up the Saints

Nobody is catching @cheetah… NOBODY 😲

You're really not going to stop the @cheetah.