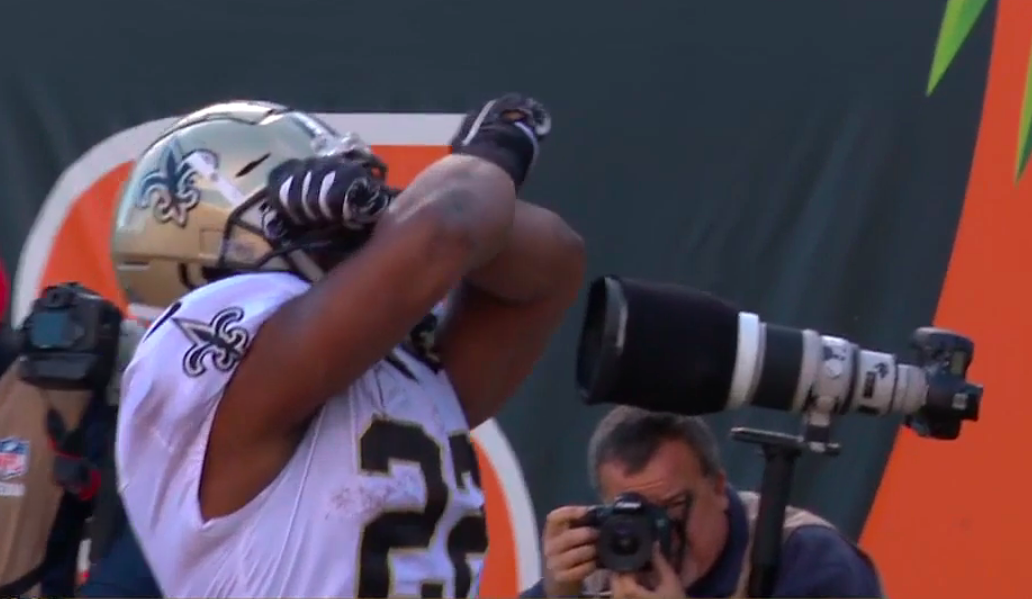 
More crazy scoring led to a lot of big moments on another Sunday of the 2018 NFL season. Included among the top Week 10 moments are a few upsets and big performances.

10. Tyler Lockett and Brandin Cooks decide to give Floyd Mayweather Jr. a couple of touchdown balls.

.@DangeRussWilson to @TDLockett12 for the @Seahawks TD!

#ThrowUpTheX!@MarkIngram22's got nothing but love for @DezBryant!

8. Raiders punter Johnny Townsend takes a fake punt 42 yards and apparently blacked out during it.

And HUUUUGE gain for the @Raiders!

Raiders P Johnny Townsend on his 42-yard gain during first-quarter fake: "I completely blacked out on the play. I can't even tell you what happened during it."

7. Aaron Jones gashes the Dolphins for a career-high 145 rushing yards.

172 yards from scrimmage on 18 touches.
And two @packers touchdowns!

6. Tyreek Hill takes the penalty to take control of the CBS camera.

Another one!@PatrickMahomes5 to the @Cheetah… SIX!

5. Big man Dion Dawkins scores as part of a great day for Matt Barkley and the Bills.

4. Nick Chubb goes off against the Falcons and sets a new Browns franchise record with a 92-yard touchdown run.

2. Ezekiel Elliott eats against the Eagles (and pulls off the weekly highlight hurdle).

1. Marcus Mariota and the Titans pull off a rare November upset of the Patriots.